The Daily Nexus
Music
French-Chilean Rapper Ana Tijoux Challenges the Oppressor at the Hub
April 28, 2015 at 7:55 pm by Nisa Smith 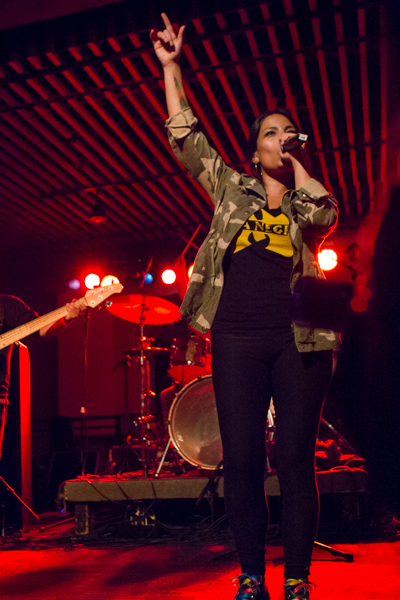 A noisy line formed outside of The Hub Friday night, April 24, consisting of people eager to see French-Chilean musician Ana Tijoux. As remixes to Amerie’s hit “1 Thing” and Erykah Badu’s “On and On” played in the background, the audience talked anxiously amongst themselves. Although impatient grunts and sighs came prior to the show, Tijoux and her opener, Alas, did not disappoint. They proved women can rock the mic just like the men – if not better.

A woman of Hispanic origin, Alas rapped about the issues affecting her people and other oppressed persons of color. Dressed in vans, jeans and a plain shirt, Alas’s laidback appearance demonstrated that she possesses zero interest in gimmicks and means business. Alas began the set with powerful, raspy vocals reminiscent of Lorde. With no beats coming from the speakers, she created her own beat with an occasional stomp or clapping.

The instant the beat dropped, her rhymes sped up, quick and of high quality. The crowd cheered as she rapped “propaganda almost had me convinced I’m worthless” and “we ain’t even mad we’re too busy getting even.” Alas won the crowd over with unfiltered lyrics about colonization, oppression and empowering native peoples.

Alas provided context to each song before performing it. Before performing her song “KKED,” she acknowledged the current and future victims of police brutality – particularly those who do not and will not gain media attention. “KKED” generated the biggest reaction from the audience, with raw lyrics like “you can’t flash enough badges to get my respect.” Due to her political and social consciousness, Alas earned raised fists, approving yells and bobbing heads throughout her set, making her the perfect opener for Tijoux.

Star of the night Ana Tijoux came and put the icing on the cake. The daughter of Chilean political exiles, Tijoux’s lyrics discuss her upbringing and the conditions of oppressed people. The second Tijoux was visible to the crowd, “Ana” chants began. She graced the stage with a youthful look in a Camouflage jacket, high-top Converse, hoop earrings and a side braid.

The French-Chilean rapper wasted no time and jumped right into her set. A fast-paced Spanish flow, drums, electric guitars and changing voices amplified the stage and gave old school vibes. Clearly, Tijoux is not an artist of one sound. Her tunes were a mixture of 1960s funk, ’90s R&B, traditional Chilean sounds and hardcore rap. The variations in the beat aligned with the winking, pointing and hip-winding she engaged in throughout the night. The emcee powerhouse did not depend on her lyrics alone to convey meaning; Tijoux’s voice inflections and furrowed eyebrows added emphasis to her content.

The crowd fed off of the rapper’s excited energy throughout the entire night. Tijoux kept the audience engaged as she initiated clapping, pounded her chest and asked the audience to “make some noise.” The song “Vengo,” where she discusses relearning the world and her ancestors, had the crowd going nuts early in her set. The passion was especially evident in “Vengo” as she squinted, tapped her temple and quickly moved her hands with the speedy beat. The audience matched the intensity as they shouted the lyrics.

“Todo Lo Sólido Se Desvanece En El Aire” produced a similar reaction. In the song, Tijoux questions what the world would be like without the corrupt institutions of modern-day. Audience member Idalia confessed her love for Tijoux roots in the fact that “she’s one of the few women of color who talks about stuff that actually matters.” Tijoux’s ability to make a crowd dance while simultaneously sharing politically and socially relevant issues demonstrates why she is nothing short of a badass (and her occasional smirks suggested she is aware of it).

At the end of the night, the Daily Nexus was able to chat with the opener, Alas. Alas revealed that Tijoux is somebody she looks up to. “[Ana is] someone of indigenous descent who has a voice of empowerment,” Alas said.

The two ladies demonstrate how music can have meaning while still being fun and danceable. To hear more from the female powerhouses, Alas can be found on SoundCloud under “alasmusika” and Ana Tijoux can be found on iTunes with her 2014 album, Vengo. 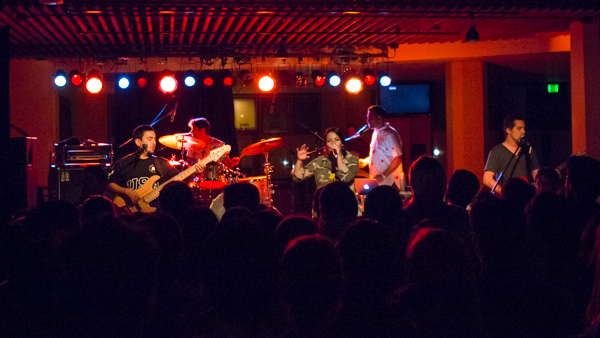 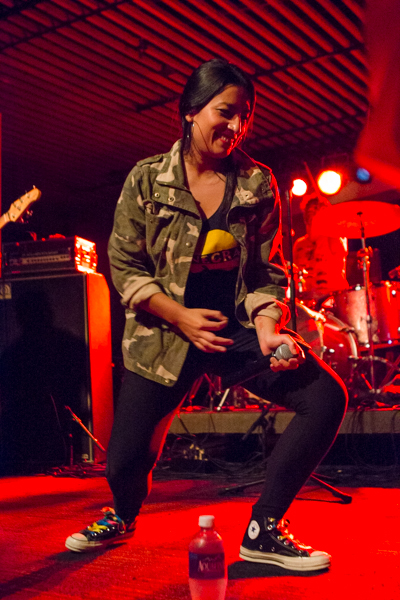