The Daily Nexus
Volleyball
Volleyball Falls to Pepperdine in MPSF Quarterfinal
April 27, 2015 at 5:10 am by Edward Moss 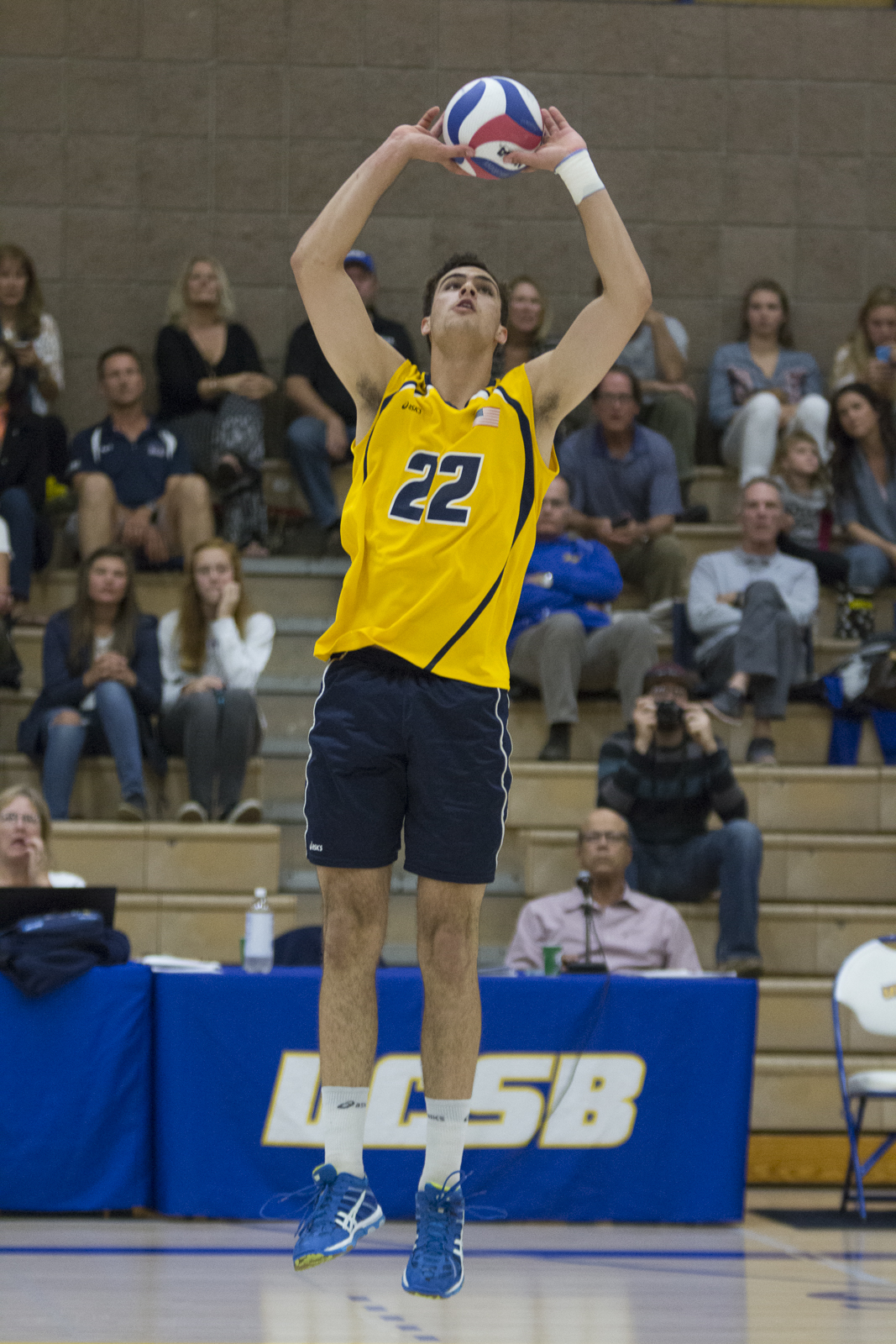 The UCSB men’s volleyball team’s season ended last night with a 3-0 loss against Pepperdine in the quarterfinals of the MPSF tournament. The loss ended a season of disappointment, as the squad was not able to live up to preseason predictions and the returners must contemplate how to improve until the beginning of next year.

“We played as hard as we could; it just wasn’t our night,” senior outside hitter Weston Nielson said. “Credit to Pepperdine, they played a great match.”

The Waves took the first game 25-21 as the Gauchos hit a measly .133. Pepperdine took control of the set on a five-point run, going from up 7-6 to 12-6 with senior outside hitter Josh Taylor at the service line. Senior opposite Parker Kalmbach led the Waves with three kills in the game.

Game two went point for point with neither team holding a bigger lead than two points. The Waves took a 17-15 lead and looked poised to run away with the game. UCSB called a timeout and senior outside hitter Kevin Donohue got two straight kills to tie the game.

The teams went back and forth until at 22-22, Kalmbach got a kill to take a one-point lead. On the next point, Donohue hit the ball into senior setter Matt West and sophomore middle blocker Mitchell Penning strong block on the left side. Down 22-24 Donohue got a kill to bring the Gauchos to within one point of the tie. On the next point senior outside hitter Scott Rhein ended the game with a kill to go up two games to none, 25-23.

“We couldn’t hit our serves,” Nielson said. “No one had a good serving game and they were able to run the offense that they wanted.

After narrowly losing the second game, UCSB crumpled in the second half of the third set. Down 16-17, instead of bouncing back to take the lead, the Gauchos dismantled themselves on three attacking errors in the next five points to go down 22-16. The lead was insurmountable and Pepperdine won the set 25-18 on an attacking error from Nielson. Overall, it was a putrid hitting game for UCSB as the Gauchos hit -.40 with seven kills and eight errors.

Rhein and Kalmbach led the Waves with 12 kills each, while Nielson topped the Gauchos with 11. Junior setter Jonah Seif put up his fifth straight double-double with 29 assists and 10 digs, but with its poor hitting, Santa Barbara was not able to take a game off the Waves, led alone contend for winning the match.

UCSB was ranked in preseason as the second best team in the MPSF conference and No. 5 in national standings. Injuries hurt the Gauchos this year as they lost senior outside hitter Vaun Lennon and junior opposite Matt Marsh early in the season and were left with a weaker bench than expected.

It was a tough way for graduating seniors, Nielson, Donohue, and middle blocker Jake Staahl to end their Gaucho careers. Santa Barbara will return four starters in star setter Seif as well as freshman libero Hayden Boehle, sophomore outside hitter Jacob Delson, and junior middle blocker Ryan Hardy, with younger players getting an opportunity to fill the remaining starting roles.

“I have nothing but love and respect for the seniors,” Seif said. “It’s something each team has to deal with every year in the college game and next year we are gonna need new guys to step up and take on bigger roles.”

Pepperdine moves on in the MPSF tournament to play No. 2 seed Hawaii on Thursday at UC Irvine’s gym. Hawaii won both head-to-head matches in the regular season and look to add to its surprising season by making it to the MPSF finals against the winner of No. 1 UC Irvine and No. 4 USC.