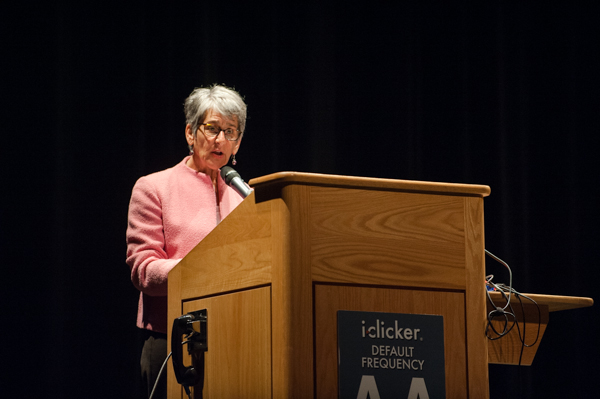 The forum, hosted by Walter H. Capps Center’s Forum on Ethics and Public Policy, discussed whether or not university administrations do enough to prevent sexual assault. Recently, Jackson and Williams have both introduced legislation geared toward ending sexual violence on college campuses.

Event coordinator Gregory Jarrett said the Capps Center does not endorse specific politicians or legislation but denounces sexual assault as an ethical issue.

“We are decidedly not neutral on ethics and we do not feign indifference to the fact that this is a profoundly neglected problem not just for the survivors of sexual assault, but for all women and their Title IX right to an equal education and equal protection under the law,” Jarrett said.

According to Jackson it is currently unsafe for women to walk alone around college campuses, the very environments which are supposed to foster the education of the “future leaders of our state.”

“According to the Department of Justice, 1 in 5 college women experience rape or attempted rape during their time as a student, and we know that less than five percent of all rapes and attempted rapes are reported,” Jackson said. “I believe we have a duty to continue to transform the culture on our campuses and make them safer environments for our students.” 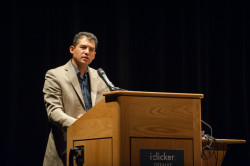 Jackson, who joint-authored Senate Bill 967 — popularly known as the “Yes Means Yes” law — last year, said the now-passed legislation can affect change if the language in the bill is appropriately enforced.

“Only ‘yes’ means ‘yes,’ and it requires college campuses to educate students about consent and sexual assault,” Jackson said.

Jackson said various types of media, such as YouTube videos, trivialize sexual assault and rape and schools need to counter this message with education.

According to Jackson, university disciplinary codes should be strong enough to adequately penalize perpetrators of sexual assault, because survivors often do not want to involve law enforcement.

“This is criminal conduct and if we cannot find you guilty of a crime; if we cannot for reasons — and we know there are many — get young women to step up and pursue cases in the criminal arena, we can certainly throw you out of school for this behavior,” Jackson said.

“The processes today, many of them favor the perpetrators,” Jackson said.

According to Jackson, most perpetrators of sexual assault on college campuses are repeat offenders.

”They continue to victimize women on campus,” Jackson said. “And it is critically important that we get them off campus.”

According to Williams, the number of sexual assaults reported is high, but the number of people held accountable is still relatively low.

“Most survivors do not even know if anyone is facing justice,” Williams said. 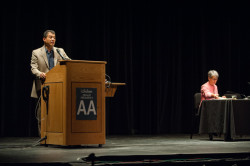 Williams said the universities should accurately report sexual assault and rape statistics, which “should be public” and are too often skewed in favor of conveying a good image to prospective students and parents. According to Williams, perpetrators expelled from a community college campus should not be easily accepted into another.

“They can drive a couple miles and just enroll in another community college, so what accountability is there?” Williams said.

According to Williams college campuses should not tolerate a culture that leads to sexual assault.