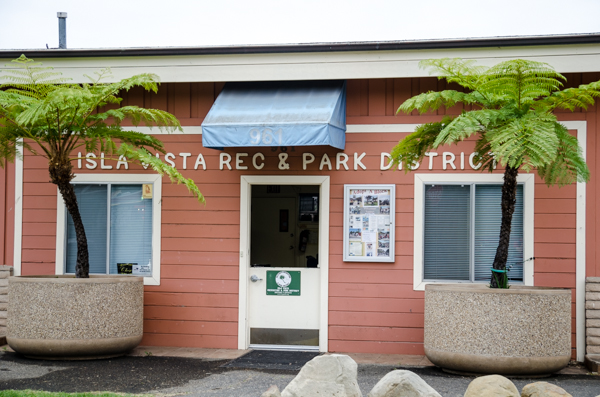 State regulators discussed Brown’s water reduction rules this past Saturday, which cut urban potable water use by 25 percent statewide. According to a California State Water Boards press release, on March 17 the State Water Resources Control Board adopted emergency regulations that apply to all California residents, prohibiting runoff irrigation to non-irrigated areas, driveway and sidewalk washing and hose use without shutoff nozzles to wash vehicles. In addition, restaurants and other food service establishments have been mandated to only serve water to customers on request.

“UCSB’s biggest challenge is achieving further potable water reductions,” O’Carroll said in an email. “Just last year, we reduced our potable water consumption 21% compared to the previous year and we are at a point now where we have picked a lot of the ‘low-hanging fruit.’ So future strategies that yield significant potable water savings will also have large upfront costs.”

According to O’Carroll, while reduction in potable water consumption is a top priority, water conservation for landscape maintenance is less of a priority due to the university’s use of recycled water.

“UCSB is fortunate enough to have recycled water, a source of water that is of lesser quality than potable/drinking water, but which can be used for certain applications such as irrigation,” O’Carroll said. “Ninety percent of our campus is irrigated with recycled water, and to be honest, if we didn’t have this source, landscape and irrigation could possibly be our largest area of potable water consumption.”

Isla Vista Recreation and Parks Department (IVRPD) general manager Rodney Gould said that while recycled water is beneficial to the university in water conservation, it is inaccessible in Isla Vista due to lack of funds.

“Unfortunately the distribution lines for recycled water stop at UCSB and don’t reach Isla Vista,” Gould said. “We asked Goleta Water District if they would extend the pipes but they indicated they don’t have the funds to do so. If we can find the funding for the infrastructure, they would provide the water.”

According to Gould, while IVRPD has made significant cuts in water consumption in the past few years, more conservation efforts will be necessary with potentially increasing rates based on a Stage 3 surcharge.

“With proposed changes in Goleta Water District’s billing structure, the District could potentially experience a $38,000 annual rate increase,” Gould said. “We’ve been watching our water usage very carefully and on average have cut back by 25 percent as compared to the 2012-2013 fiscal year. We’re also in the process of auditing the irrigation in all of our parks looking for leaks, and calculating usage in specific areas.”

Isla Vista Food Co-op produce manager Rebekah Miles said local produce suppliers have been hit the hardest, while the Co-op itself has not been greatly affected by the water shortages.
“For example, we usually have a constant supply of local avocados, but this is the first time in the four-and-a-half years I’ve been here that we’ve had a three month gap in avocado supply,” Miles said.

Miles also said in addition to water shortage, farmers have been dealing with various pests that are especially prevalent during droughts, such as the bagrada bug that feasts on brassica, a certain leafy green produce.

“Brassicas include cabbages, broccoli, cauliflower and various other leafy greens, all of which we carry at the Co-op,” Miles said. “Organics do not use pesticides, so these bugs are really causing problems especially in dry conditions.”

O’Carroll said members of the UCSB Bren School formed the Water Action Plan in 2013 after the university surpassed the 20 percent potable water use reduction goal by 2020 mandated by UC Office of the President. According to O’Carroll, developing the Water Action Plan helped identify the major consumers of potable water on campus, which are bathrooms and labs, primarily in academic buildings and residence halls.

O’Carroll said in addition to short-term modifications to conserve water, such as bathroom retrofitting, educational campaigns are also a part of Housing and Residential Services water conservation efforts.

“Housing and Residential Services has continued their commitment to conserving water and has continued to outfit the residence halls with efficient fixtures and also have a very robust education and outreach program,” O’Carroll said.

“One method to reduce is cutting down on water-intensive food choices such as almonds, meat and walnuts, which use a hearty supply of water to produce,” Vest and Suh said in an email. “So much of California’s water usage is agricultural, so it’s important to consume less.”

According to Vest and Suh, water conservation is most significant at the individual level.

“As students at UCSB, we often find it difficult to see any effects on our lives personally because with the ways we live, we don’t pay for our water sources within campus and/or Isla Vista housing, so many students do not see the need to decrease our water usage,” Vest and Suh said. “But we need to make choices every day that show we are conscious of the situation.”