The Daily Nexus
Volleyball
Gauchos Look for Repeat Performance in Quarterfinal Rematch
April 23, 2015 at 5:07 am by Edward Moss 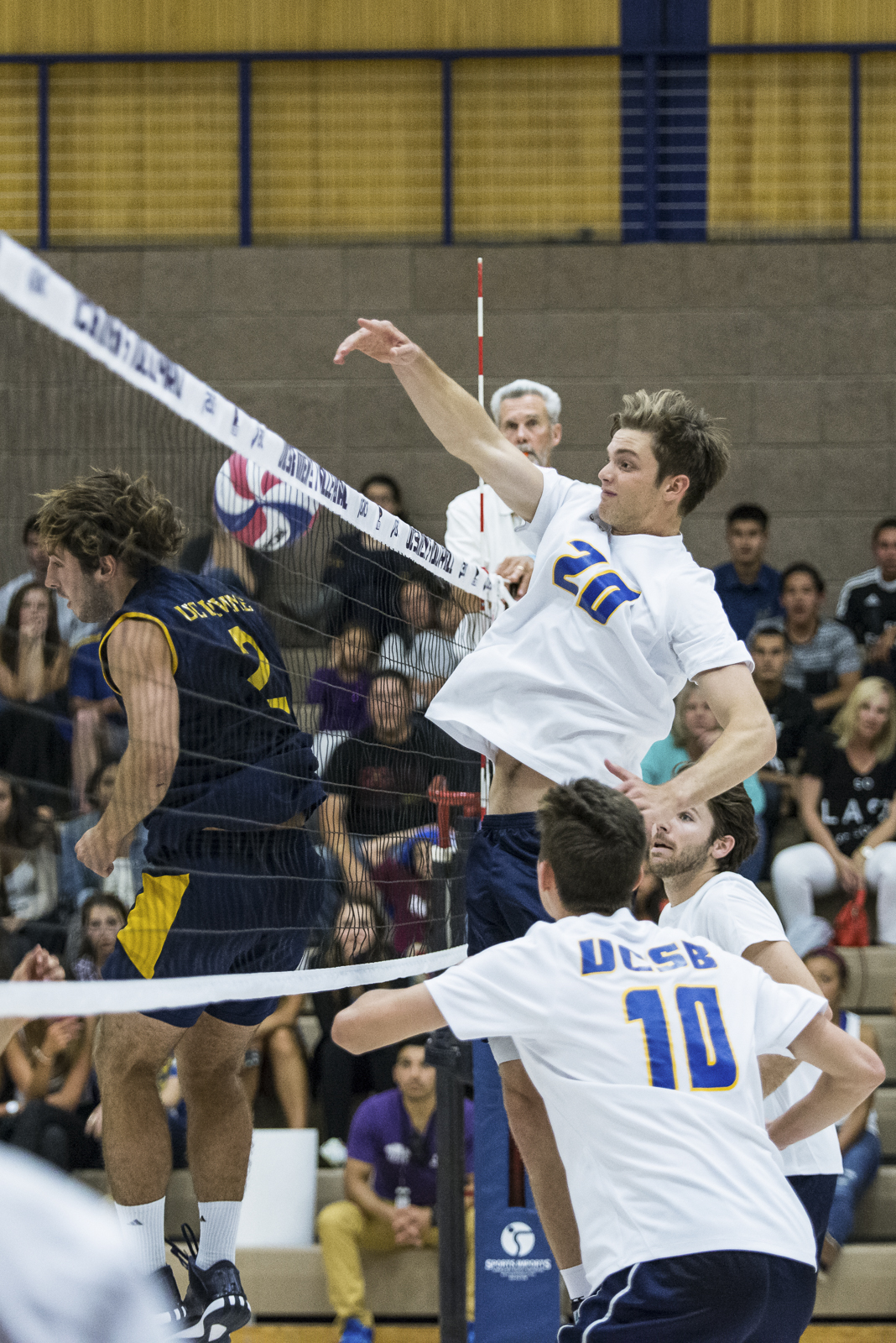 The next step to a MPSF league championship starts Saturday night for the UCSB men’s volleyball team as the Gauchos take on Pepperdine in the MPSF quarterfinals. Santa Barbara, ranked sixth in league standings and No. 9 nationally, looks forward to a chance at another upset over a team it beat just last week.

“If we win the serve and pass, then we will win the match,” Assistant Coach Cullen Irons said. “We kept the ball in play last time we played them — extending rallies — and we made them make the mistakes. If we can do that again, we will come out on top.”

According to the preseason MPSF Coaches’ Poll, Pepperdine, ranked third in league and No. 5 nationally, was expected to finish first in league play with Santa Barbara in second place. Pepperdine was beat out by a very good UC Irvine team for the number-one spot, and Hawaii surprised many with its strong play to finish second in the standings.

UCSB underperformed early in the season with notable bad losses to Long Beach State and Cal State Northridge. Instead of challenging for the top spot in the standings, the Gauchos had to fight to win a playoff spot by winning seven of their last nine matches.

These two teams split the season matchup, with Pepperdine winning in Santa Barbara in late January and UCSB ending Pepperdine’s 20-match home win streak last Wednesday. The Gauchos hope to build off last week’s momentum and play the way that they did against the Waves: with extremely strong serving and passing.

“It’s a rematch of a game that they were not happy to lose. We expect a different attitude from them,” junior setter Jonah Seif said.” We were able to give Pepperdine trouble with tough serves last time out and they weren’t able to get in system with their fast offense on bad passes.”

The Waves are known for their very physical play as one of the best attacking teams in the league. Redshirt senior opposite Parker Kalmbach led the team in kills with 386 and average kills per set at 4.11, with senior outside hitter Josh Taylor right behind him in both categories. Senior middle blocker Matt Tarantino led starters with a .438 hitting percentage and senior setter Matt West led the team in aces with 39. West also led the team in assists with 1,102 in 98 sets for an average of 11.24 assists per set.

“They’re a good hitting team, but we really have to jump on their weaker passing game,” redshirt senior outside hitter Kevin Donohue said. “We’re confident we have what it takes to beat this team.”

In order for the Gauchos to win Saturday’s match, Donohue is going to have to lead the way. Donohue led the team with 3.69 kills per set and his 12 kills against Pepperdine last week, pushing the team towards the victory. Seif is one of the best setters in the country, and he averaged 10.20 assists per set in the regular season.

The quarterfinal match begins at 7 p.m. Saturday night in Malibu. The game can be viewed online via live stream from the Pepperdine athletics website.

A version of this article appeared on page 9 of April 23, 2015’s print edition of the Daily Nexus.