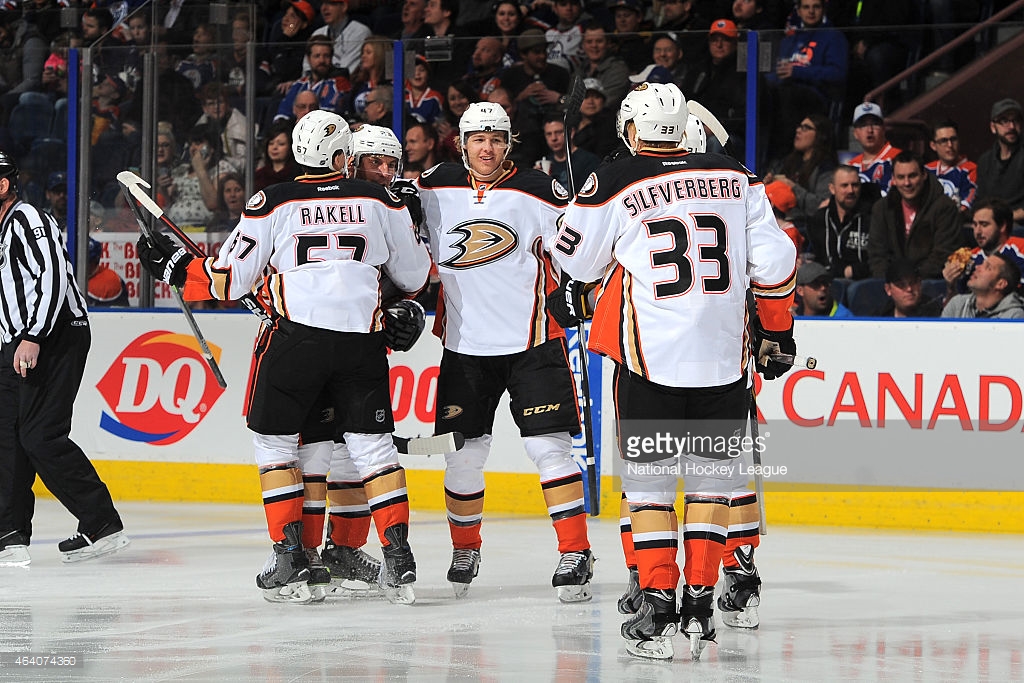 As half of the NHL has exchanged its hockey bags for golf clubs and a long offseason, the other half of the league has spent the past week battling it out in the first round of its postseason series. The playoffs may be the most intriguing aspect of any sport; however, quite a bit happened in the league this week that involved teams that missed the playoffs altogether.

Throughout the season, there has been no debate that the top two picks in the upcoming NHL Entry Draft will be stars Jack Eichel of Boston University and Connor McDavid of the OHL’s Erie Otters. This week, the draft lottery was held and the results left Coyote fans cursing the process, while Edmonton fans hailed the hockey Gods.

Edmonton stunningly was awarded the first overall pick in the draft for the fourth time since the 2009-10 season, while Buffalo was given the second overall pick and Arizona third.

This has always sparked a furious sports debate as the NFL awards the top pick in their draft to the team with the worst record, while the NHL and NBA hold a lottery to determine the draft order. Ultimately, Edmonton had lady luck on their side this year, just like they have four times in the past six years, and the talented Connor McDavid could be the franchise player that the Oilers need to remove themselves from their many years of incompetence.

The coaching carousel has also been quite interesting over the past week with the Sabres firing Ted Nolan, the Flyers firing Craig Berube and now the Sharks mutually agreeing to part ways with longtime coach Todd McLellan. McLellan is the most notable of the coaches to be fired as he served on the San Jose bench for nine years and led the team to the postseason in each of his first eight seasons. His inability to win the heralded Stanley Cup with consistently talented lineups reflects the ultra-competitive nature of the NHL, as his 311-163-63 record was not good enough to keep him around.

As for the postseason, here is a recap of how each series has gone so far:

Anaheim Ducks vs. Winnipeg Jets (3-0 Ducks)- The Ducks have a stranglehold on this series; however, it has arguably been the most exciting series of them all. Anaheim has had to make a third period comeback in each game so far and relied on an overtime goal from Rickard Rakell on Monday to beat the Jets in the first playoff game in Winnipeg since 1996.

Minnesota Wild vs. St. Louis Blues (2-1 Wild)– This series has been almost exactly as could be expected as each team has relied on its strengths to earn its victories. Devan Dubnyk has been strong in net with 2 goals given up in his two victories for Minnesota. St. Louis has used its strengths to win its game as Vladimir Tarasenko has been this team’s MVP all season and had a hat trick in the Blues 4-1 victory on Saturday.

Calgary Flames vs. Vancouver Canucks (Flames 2-1)- The Flames refuse to quit winning games. Their two victories have been won with a mix of grit and sheer domination as young guns Sean Monahan and Jay Russell have been excellent for Calgary. No Ryan Miller for the Canucks has been a thorn in their side as Eddie Lack has played decent, but not well enough to take them as far as they hope. If Lack is unable to raise his level of play then Vancouver could have a much earlier exit than anyone anticipated. Anyone who is looking for a bloodbath should tune into this series as these games have been filled with hard hits and fists thrown.

Chicago Blackhawks vs. Nashville Predators (2-1 Blackhawks)- Two teams trending in opposite directions met in this series and the result has been just as expected. Patrick Kane made a triumphant return for the Blackhawks who had to rely on a valiant effort from Scott Darling in relief of Corey Crawford to win game one. The play of Toews and Kane has carried this team and although Nashville looked dominant in a 6-2 victory in game two, the Blackhawks have controlled this series.

New York Rangers vs. Pittsburgh Penguins (2-1 Rangers)- Give credit to Pittsburgh for stealing a game in New York and keeping itself alive, but it seems as though the Rangers have too much firepower to be stopped by the Penguins. Henrik Lundqvist was masterful in the Rangers 2-1 victory over Pittsburg on Monday, stopping 24 of 25 shots, and no one wants to have to beat Lundqvist when he is on top of his game.

Montreal Canadiens vs. Ottawa Senators (3-0 Montreal)- This has a bit of a disappointing feel to it as Ottawa rolled into the playoffs as the most surprising story of the season. The Senators finished the season going 23-3-1 thanks to rookie goaltender Andrew Hammond; however, the Canadiens have steamrolled the Senators through three games and even had Hammond benched for Craig Anderson in game three.

New York Islanders vs. Washington Capitals (2-1 Islanders)- This was another series that plotted two teams going in opposite directions; however, it has had an opposite effect then it did for the Chicago series. The Islanders were on a slide heading into the postseason, but now find themselves in the drivers seat in their series. Washington was headed into this series with a head of steam, led by captain Alexander Ovechkin, but has been slowed down by goaltender Jaroslav Halak. The Capitals must find their groove soon or they will be headed home earlier than many people expected.

Detroit Red Wings vs. Tampa Bay Lightning (Tied 1-1)- I predicted this series to be dominated by the Lightning and while I have not been completely wrong, the Red Wings managed to win a huge game in Tampa Bay on Thursday. Detroit won that game 3-2 despite being outshot 46-14! I REPEAT, 46-14!!! Whether that is a testament to Ben Bishop needing work or Petr Mrazek standing on his head, one thing is for sure: the Red Wings must fix their defense or they may not even make it to game six.