The Daily Nexus
News
Kerman Speaks at Campbell
April 16, 2015 at 5:00 am by Juliet Bachtel 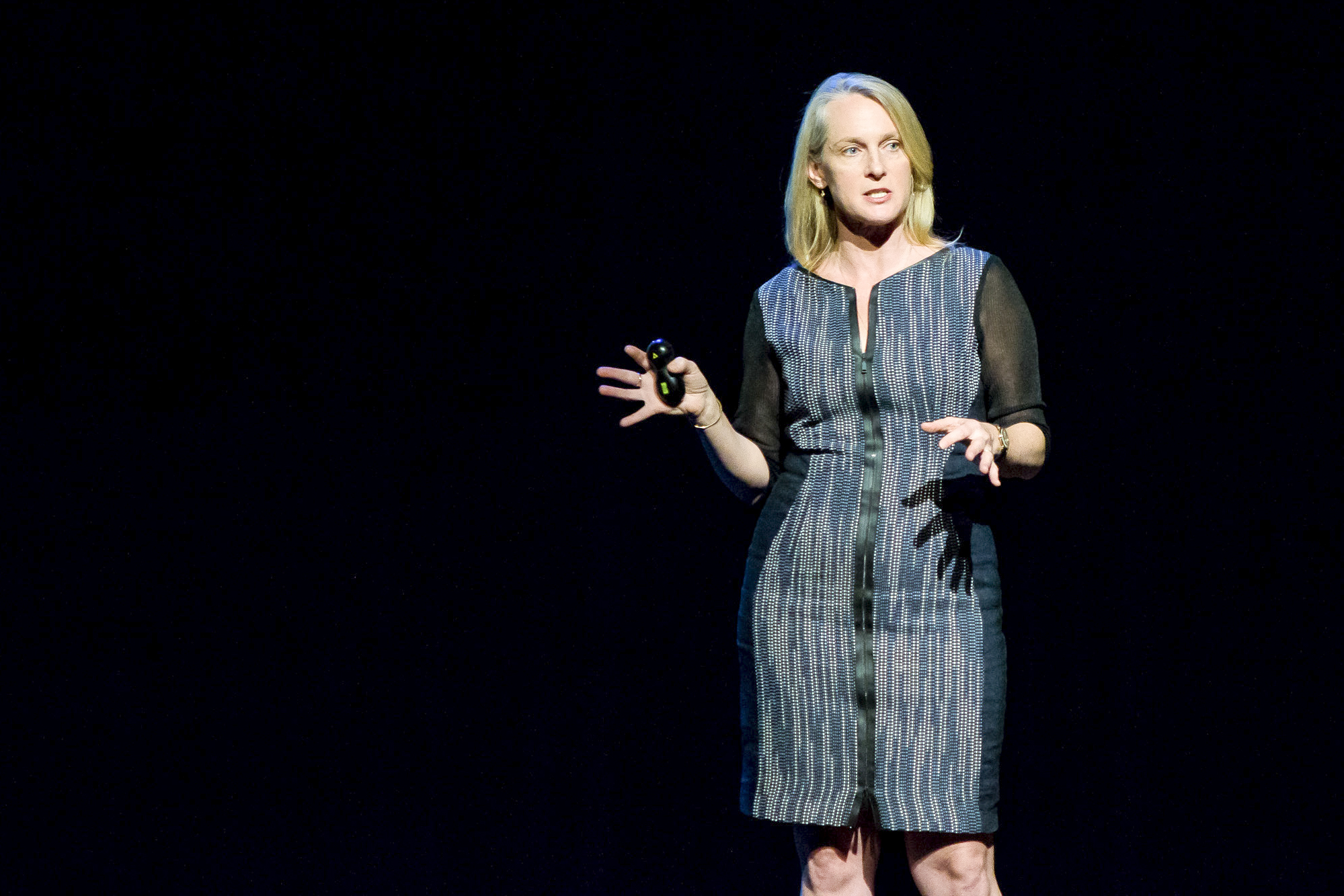 Piper Kerman, author of Orange is the New Black, which the Emmy award-winning Netflix show of the same name is based, gave a lecture at Campbell Hall last night about her real life 15-month sentence in a woman’s federal prison.

Published in 2010, Kerman’s memoir accounts her sentencing for laundering money as well as drug trafficking for a West African heroin dealer after being arrested carrying a suit case of drug money over a decade ago. Kerman now speaks at different universities about life in women’s federal prison and how university students can help improve the criminal justice system.

Kerman began by discussing the importance of following prison rules set either by the prison itself or other prisoners, emphasizing how not doing so can result in severe consequences including solitary confinement.

“You do not want to be on the wrong side of the wrong correctional officer; that is an unhappy place to be,” Kerman said. “Worst case scenario is if you can’t master the rules and the shifting sands, you’ll find yourself locked up in the shoo, or solitary confinement. We have about 80,000 people locked up in the shoo, which is not necessarily the strongest level of infractions, but very commonly for very small infractions.”

According to Kerman, finding dignity in prison work is essential to effectively serving your time. She also mentioned that certain corporations take advantage of prison labor.

“If you do not find where you belong, then your time in prison will seem like forever. That’s the key to making time pass — get busy with a job,” Kerman said.

“Corporations will take advantage of prison labor — women are making around 14 cents to a dollar for every hour of work they put in. So next time you go to Whole Foods or some other big corporation, just the products are in part being made by people in prison, not the Average Joe like you and me.”

Kerman said life outside prison is equally important to life inside prison. Maintaining bonds with people outside, whether they be friends or family, is extremely important to one’s mental health, according to the author.

Kerman also said she clearly recalled feeling lucky for her network of contacts outside of prison compared to some of her fellow inmates.

“I remember going to bed and saying to myself that I am extremely lucky,” Kerman said. “I had Larry, who visited me every weekend, and my mom who visited me, and I received letters. Some people didn’t have that support.”

According to Kerman, race and class factor into unfair prison sentencing, stating that African Americans are four times more likely to face arrest for marijuana use despite equal rates of consumption among whites.

“The criminal justice system disproportionately pursues and disproportionately punishes people of color and the data shows that really clearly,” Kerman said. “When it comes to class, 80 percent of people who commit crime in this country are too poor to afford a lawyer who can defend them in court. These are truly the things that will determine who will be incarcerated and who will not.”

“There is specific dynamic between prisoners and correctional officers. These officers hold so much more power over prisoners, and it only gets worse when you divide it by gender,” Kerman said. “The majority of the correctional officers in these prisons I was in were majority male while everyone else was female. Look up these women prisons and you get all kinds of stories on rape culture and abuse and it’s sickening that women can’t say anything.”

Kerman also said friendship and empathy are often overlooked in prison and have a more important impact on prison experience than cells and shackles.

“My lawyer told me, with his best intentions, to not make any friends in prison,” Kerman said. “But I soon found out that you couldn’t get through your sentence without friends and I am deeply grateful for the friendships that were handed to me during my time.”

According to Kerman, her experiences with her connections in prison facilitated important self-exploration within herself.

“They are precious friends even to this day and they helped me realize how my actions affected others — not just my loved ones, but other people whose addictions I was enabling,” Kerman said. “And that has taught me more about my ways than any cell could ever do.”

Alumnus Elizabeth Cannon said she was excited to see Kerman and to understand her actual experiences in comparison to those depicted by the television series.

“It was really cool to see her in person and to get her perspective,” Cannon said. “I haven’t read the book yet. I’ve only seen the show so you know, you don’t know how much of that is really real. But it’s cool being able to get more of her perspective and what she’s been through”

“It was really interesting,” Paz said. “I’m familiar with her book and the show that came out on Netflix. I liked how it portrayed prison in a different viewpoint. Other shows are just very manly, dominant and violent. But this show was more laid back, had comedy, but also a lot of suspenseful moments. At the same time you saw people caring for each other and seeing a community.”

First-year bio-psychology major Justin Bueno said he hopes that Kerman brings reform to the correctional system with her work.

“It’s a pretty eye-opening and encouraging story from an ex-convict in a women’s prison,” Bueno said, “which is pretty inspiring that she’s speaking in front of thousands of college kids when she was in the system not that long ago.”

A version of this article appeared on the page 3 of Thursday, April 16, 2015’s print edition of the Daily Nexus.