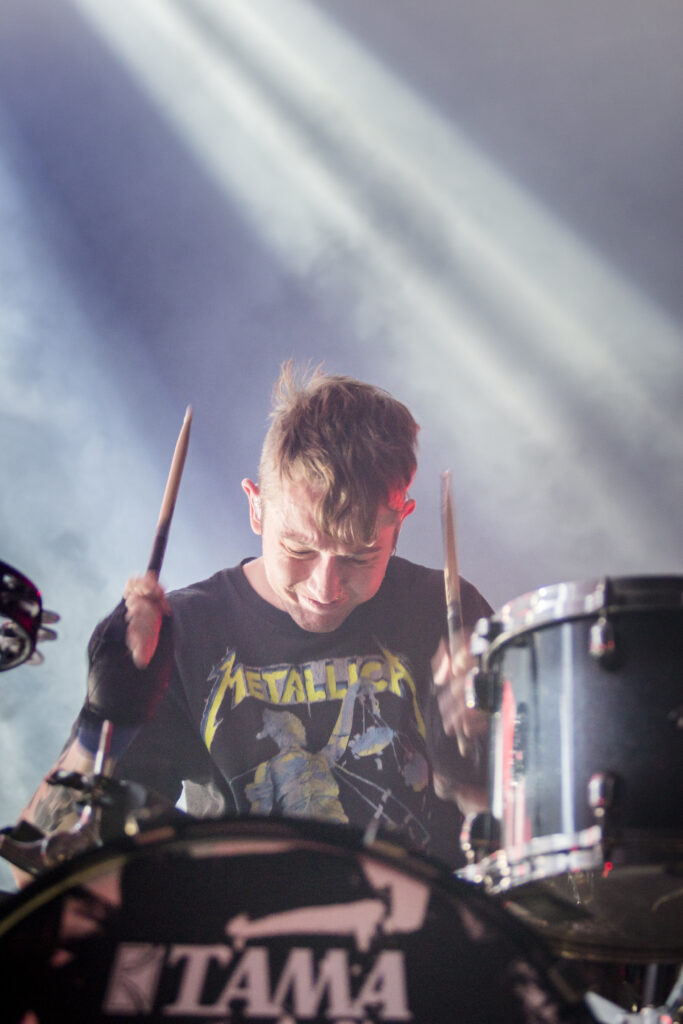 Concerts are not always perfect. Perhaps you went to see a mediocre artist because your friend dragged you along. Perhaps the microscopic venue was having technical difficulties. Or perhaps, ooh, [insert musician’s name here] should really stop doing concerts and stick to auto-tuned tracks instead.

Once again, concerts are not always perfect. But if there is one band that came ridiculously close to challenging that impossible concert standard, it was alt-J this past Tuesday, April 14.

First off, the venue was majestic. The Santa Barbara Bowl has certainly found its niche, cozily sitting in the lush Santa Barbara hills beside an awe-inspiring view of the ocean and suburbs. In one of the grey plastic foldout chairs, a SB Bowl concert-goer is in a space where the peace and quiet of nature meets the raucousness and hysteria of a concert. It’s the perfect juxtaposition. And a great place to throw back a few cups of Bud Light.

When the signature Santa Barbara sunset (the infamous kind that overwhelms Snapchat every day around 7 p.m.) cast a warm glow over the 4,562 seat venue, grey smoke filled the empty stage. Concert-goers donning tight pants and jean jackets rushed to fill their seats as the opening act, Jungle, emerged from the opaque smoke. The funky musical collective wore clothing that followed a cohesive color scheme: green camo, black, white and leather. As they stood almost at the edge of the stage intensely looking out at the crowd, it was impossible not to feel that something badass was about to happen.

Without waiting another second, the “modern soul musical collective” hailing from London kicked off the show with “Julia,” a catchy song filled with air punches and funky keys. Although only about half of the amphitheater had showed up for the opener, what little crowd that was present was on their feet, unable to resist the urge to dance. And those that were dancing never stopped; Jungle kept the crowd moving for half an hour with their soulful pop.

Even when it seemed like they were going to slow down the pace for a ballad, the seven-piece group delivered a plot twist and awesomely threw it down on the drums. The conclusion of their set was explosive — the smoke machines turned on full blast and red lights blazed from behind as if a volcano had erupted.

The volatile performance was the perfect crowd charger before the one and only alt-J. After a brief period of time for water bottle buying and beer refills, the lights dimmed once again for the main act. The sold-out amphitheater filled with the sound of excited cheers and a “holy shit, I’m high.”

Alt-J’s latest album, This Is All Yours, quickly sailed to #1 in the UK after its release in September 2014. Riding on the success of both their new album and their first album, An Awesome Wave, the indie rock band has toured nonstop since last year. But despite the fact that alt-J performed at 17 festivals in a 365-day span, this concert was the first time they touched down in Santa Barbara. “Cheers. This is our first one ever in Santa Barbara. So far, beautiful beaches, beautiful weather, 10 out of 10,” Newman said in his quaint British accent.

As “Matilda” rang through the speakers, dreamy pink lights reminiscent of Santa Barbara sunsets illuminated the stage. Throughout the concert, each song was punctuated by lights that flashed with each beat. Multi-colored lights swept crazily over the crowd. More relaxed songs featured ribbons of white light which penetrated the darkness and engulfed the band members. Newman concluded “Matilda” with another “cheers”: his favorite word of the night.

Alt-J rocked the Bowl with unparalleled style. To the end, the crowd was on their feet, rocking bodies and waving arms. And as the breeze picked up, it was as if the tall trees that flanked the stage seemed to be swaying along with the music too.

“[Santa Barbara] has given us such a warm welcome. We can’t wait to come back,” said Newman before waving and leaving with the rest of the band. Cheers, alt-J. 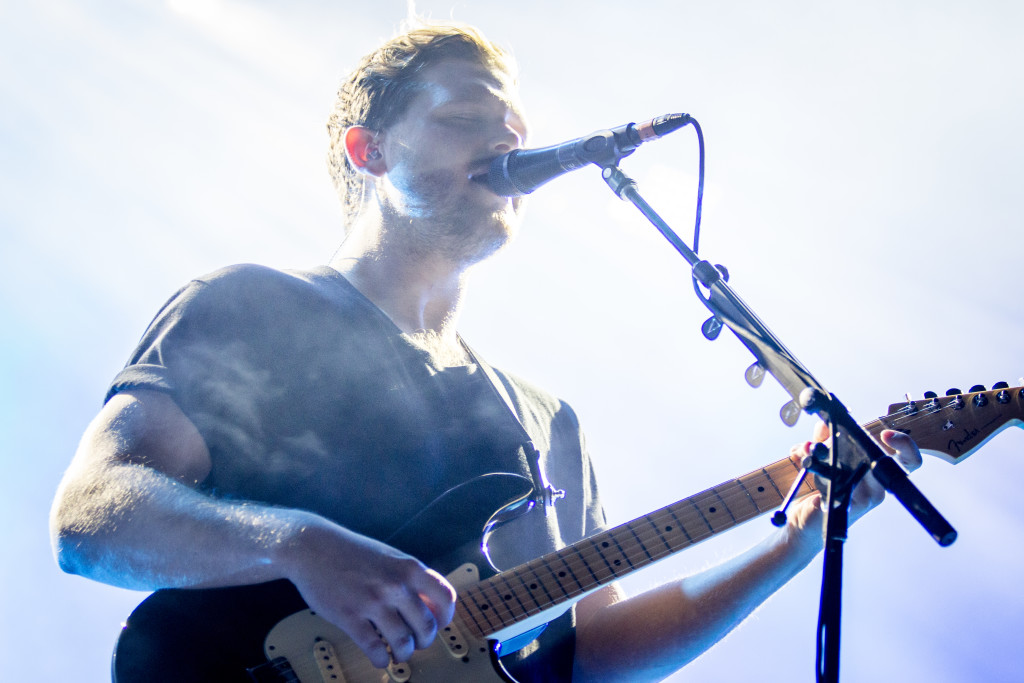