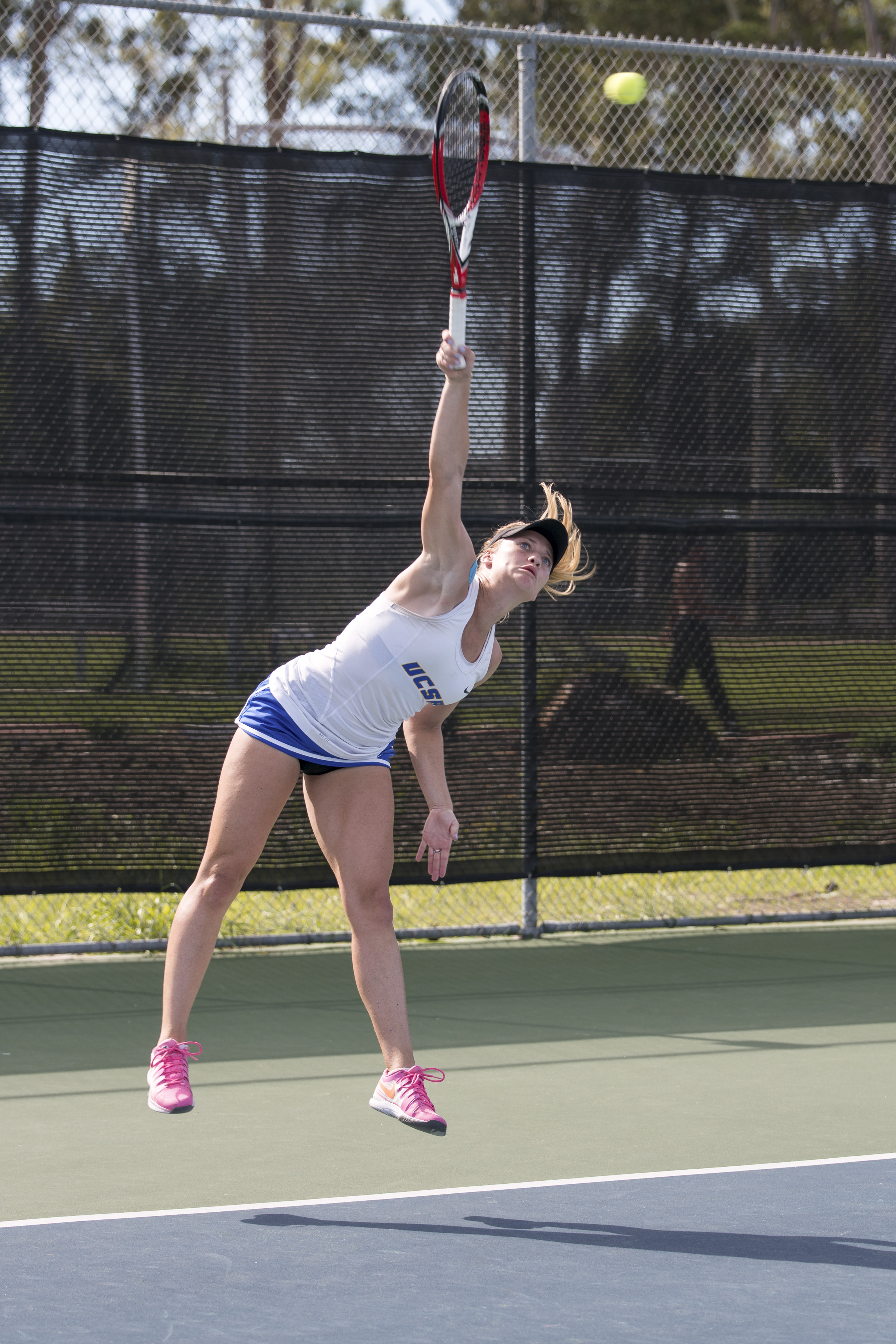 Over the weekend, the No. 57 UCSB women’s tennis team went on the road for two games and lost to No. 40 Long Beach State 6-1 Friday, before breaking a two-game losing streak to Big West conference opponents UC Riverside Saturday.

“The team was looking forward to bounce back after Long Beach,” Head Coach Simon Thibodeau said. “[We] felt we were more positive, calm and composed.”

The Gauchos won the doubles point handily in the Riverside match, with senior Stacy Yam and sophomore Jaimee Gilbertson shutting out freshmen Karla Dulay and Tamila Vaksman 8-0 on the No. 2 court. Sophomore duo Melissa Baker and Luisa Ortiz Candido won on the No. 1 court 8-4 against senior Courtney Pattugalan and freshman Chloe Pham.

The Gauchos were happy to bring back freshman Lou Adler from injury after a stress fracture to her right foot near the beginning of the season. On the No. 3 court Adler and freshman Natalie Da Silveira beat sophomores Caroline Hall and Sophie El-Kara 8-2. “We wanted to mainly focus on finishing up [the] season with a few conference wins, so we have a good draw for Big West.” Gilbertson said.

“We were able to work on our objectives, polish [a] few aspects while competing,” Thibodeau said.  “We will get a strong week of practice before our last regular home match on Saturday.”

After losing to CSULB, the Gauchos have now fallen to the 49ers in their last seven meetings.

“Long Beach have been our biggest rivals for many years,” Gilbertson said.  “And losing that match was obviously extremely disappointing.”

UCSB got off to a rough start, losing all of their doubles matches to the 49ers. On the No. 1 court, Baker and Candido lost their match in a tiebreaker to junior Ebba Unden and sophomore Hayley Thompson 8-7, (7-2).  On the No. 2 court Yam and Gilbertson lost to senior Karolina Rozenberg and sophomore Laura Eales 8-5.

One spot below on the No. 3 court Da Silveira and junior Priscila Garcia lost to the 49ers sophomores Maeva Razakasoa and Julie Gerard 8-3.