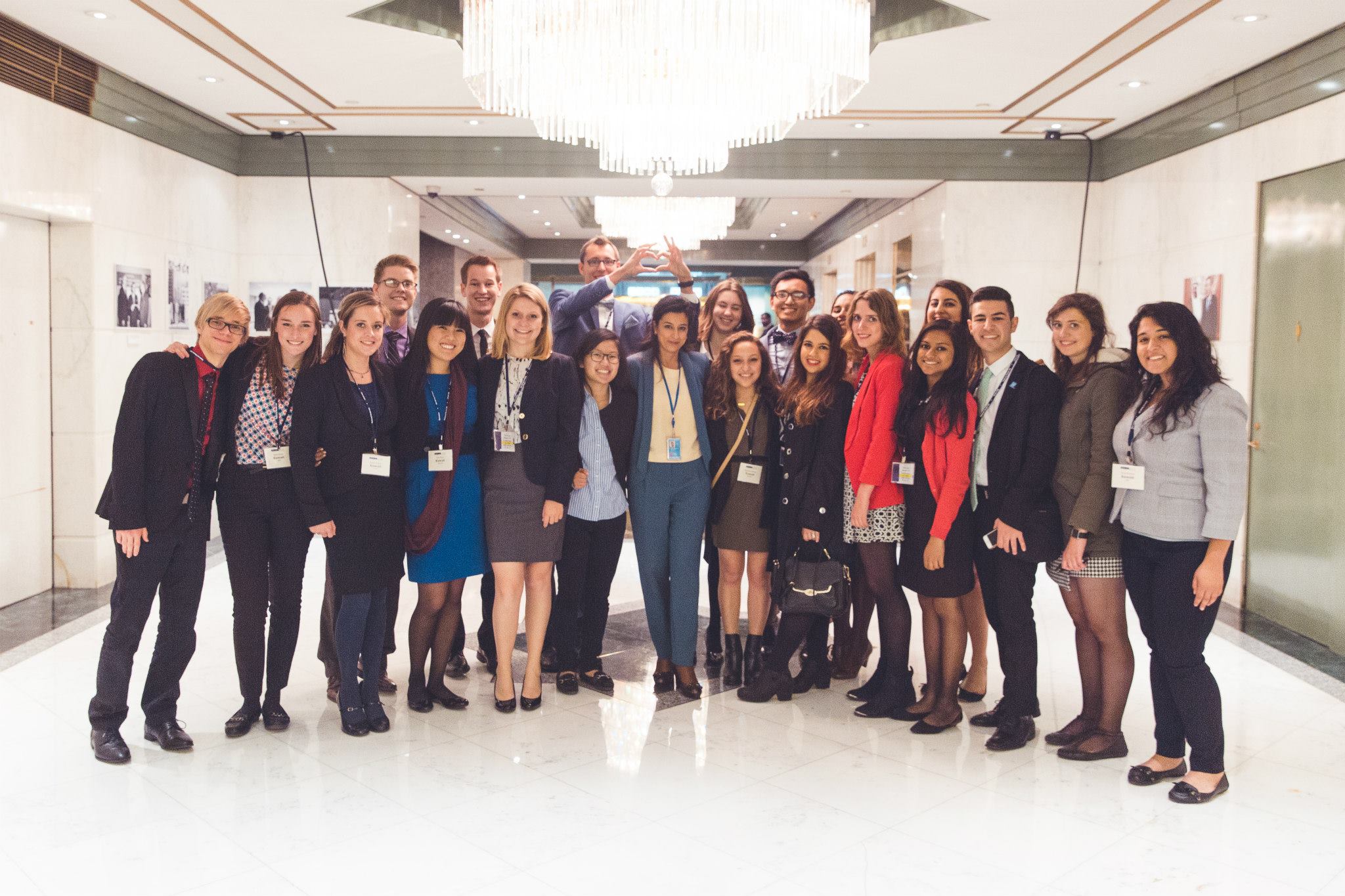 Members of UCSB’s Model United Nations team, photographed here with one of Kuwait’s U.N. delegates, recently returned from a conference in New York City, where they won the Outstanding Delegation award for the second year in a row. Benjamin Pu/Daily Nexus

UCSB Model United Nations (MUN) won an Outstanding Delegation award for the second year in a row while representing Kuwait and Luxembourg at the National Model U.N. conference in New York last Thursday.

The 22 members of UCSB MUN spent a little over one academic quarter preparing for the conference, at which they were split into pairs to represent a specific country, sit on various committees with different aims and write up legislation to combat various issues. A majority of the team represented Kuwait, and one pair represented Luxembourg in the Security Council. Over 150 schools and nearly 3,000 people attended the event, which took place from March 29 to April 2.

Third-year political science and economics double major Jesse Lin said pairs worked together and used current events and the political history of their country to debate and write legislation to resolve present-day issues.

“Essentially we try to come up with a resolution to solve these problems that the U.N. is facing currently in each of these committees,” Lin said.

According to third-year global studies major and MUN delegate Benjamin Pu, the Outstanding Delegation award is only given to the top ten percent of participating schools.

“This is our second year in a row winning it so we’re now established as a good model U.N. school,” Pu said. “If you win once at nationals it might be a fluke, but when you win twice in a row it’s definitely a powerhouse school.”

“Almost every single person on the team was able to lead a working group; that’s probably why we ended up winning outstanding,” Rousan said. “We each practiced so much, knew so much information about these topics and were trained to be good diplomats that we were able to take all these people competing with us and have them want to work with us and have us lead in writing these resolutions.”

According to Lin, receiving outstanding delegation was a great accomplishment for the team and reflected the team’s hard work despite the large number of new members.

“This year with a bigger team it’s really hard to manage, but everyone really tried,” Lin said. “Everyone worked really hard and researched a lot. There was a lot of outside research that they needed to do, and we ended up doing really well even though we had a lot of first-years who hadn’t done this before.”

According to Pu, many of the members of the team also received individual recognition at the conference.

“As a fourth-year but just a first-year in Model U.N., I felt somewhat intimidated by it but it was really great; we got to go to the U.N. headquarters in New York and that was an incredible experience, walking into Grand Hall was unbelievable,” Krausse said. “For anyone who was in Model U.N. it’s kind of like going to the holy grail of the U.N. That was such an incredible experience.”

According to Lin, a big part of the conference involved networking with people from all over the world and having their legislations recognized.

“You get to meet a lot of new people in these conferences. You’re not only working together — you’re making friends,” Lin said. “At the end of the day you get to see your work posted on the website, and it makes you feel like you’ve really done something to mitigate these problems.”

Krausse said faculty advisor for UCSB MUN Galen Stocking contributed greatly to the team, and recently moved to a new position at the Pew Research Center in Washington, D.C. after working with MUN for the past three years.