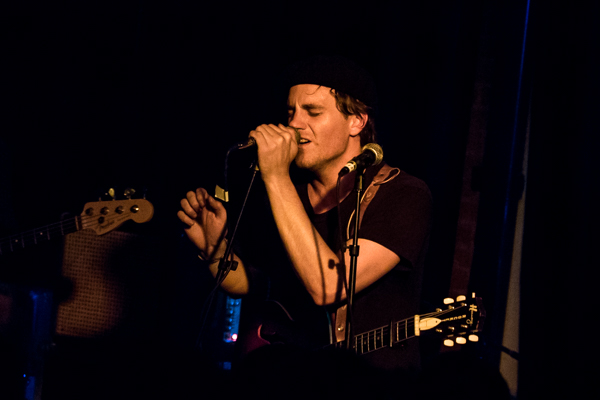 Green lights flickered on the balcony of SOhO Restaurant and Music Club last Thursday night, glowing over a crowd in strapless dresses and opened button-downs. Inside, the hippest men and women in Santa Barbara gathered under the wood-paneled roof for a night of indie rock and synth pop brought by Santa Barbara natives Gardens & Villa. The group sold out the venue at a rather quick speed, a testament to their increased traction since their album Dunes came out last year.

Before Gardens & Villa graced the stage, openers Dante Elephante passionately warmed up the crowd. If opening acts are appetizers, Dante Elephante could be described as zesty ahi poke — a flavorful and emotionally raw treat with an element of surf. Their sound ranged from Talking Heads vocals to Beach Boys surf rock and their songs built up to a riotous choir of guitar, topped with singer Ruben Zarate’s screeching vocals. Towards the middle of the set, his voice began to crack under the strain of the high-pitched notes he repeatedly put out.

As people began to pour in before the main act, you could see more and more of a stylish, older crowd sprinkled with college kids. Think “fun moms” and fedora-toting dads — definitely not your underground rock show crowd. But then again, this wasn’t an underground rock show.

By the time Gardens & Villa started into their opening song, “Spacetime,” one of the catchier songs on their albums, any prospect of wiggle room, let alone dance room, near the front was diminished. Although people were eager to cram their bodies as close to the stage as possible, this made for little dancing other than compressed foot-tapping and head-nodding. The back of the room was a different story. People, mostly intoxicated couples, expressed themselves in every form from swing dancing to gyrating. It was strange for an indie rock show, but to each their own.

Singer, Chris Lynch, enjoyed two microphones at his disposal, a normal one to amplify his voice and another that added a warped effect to his words. Lynch clearly enjoyed experimenting with the mic variations, using the latter of the two to add a little extra something to certain songs, and throwing the stand into bandmates with joyful abandon.

The five-piece group typically consists of singer, guitar, synth, bass, drums and keyboard. The venue offered a unique advantage in the form of its resident piano, which keyboardist Dustin Ineman took to playfully.

The band played already-popular songs like “Black Hills,” recognizable by the lightly enchanting synth and chorus. Other hits like “Bullet Train” could be heard, albeit lacking the groovy bass backbone so prominent in the studio version. These were mixed in with newer songs and covers. Despite the variety, the crowd seemed indifferent to changing rhythms and styles. The people at the front kept on fighting for the closest spot as the fans in the back stuck to off-kilter dance moves.

It was an undeniably fun evening and a good show, if not lightly coated with a thin layer of pretentiousness. But the bands gave off good energy, the music was danceable and it made for an altogether pleasant night of lighthearted musical enjoyment. The performance wasn’t over the top in any way, staying true to Gardens & Villa’s understated musical style, and it was easy to see why the show had sold out so quickly — in the current indie stratosphere of similar sounds by similar bands, Gardens & Villa at least stand out as unique with something non-replicated and of their own. 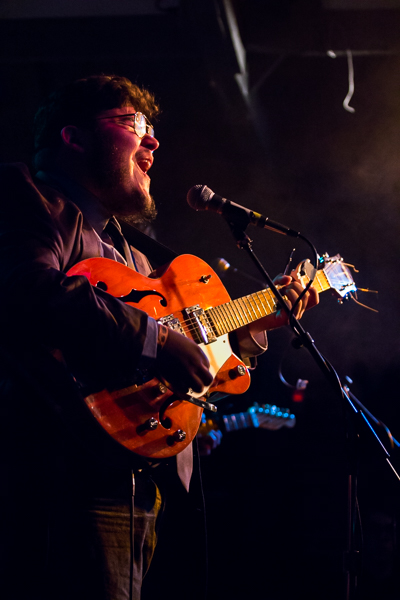 such a good article Nadine!!!