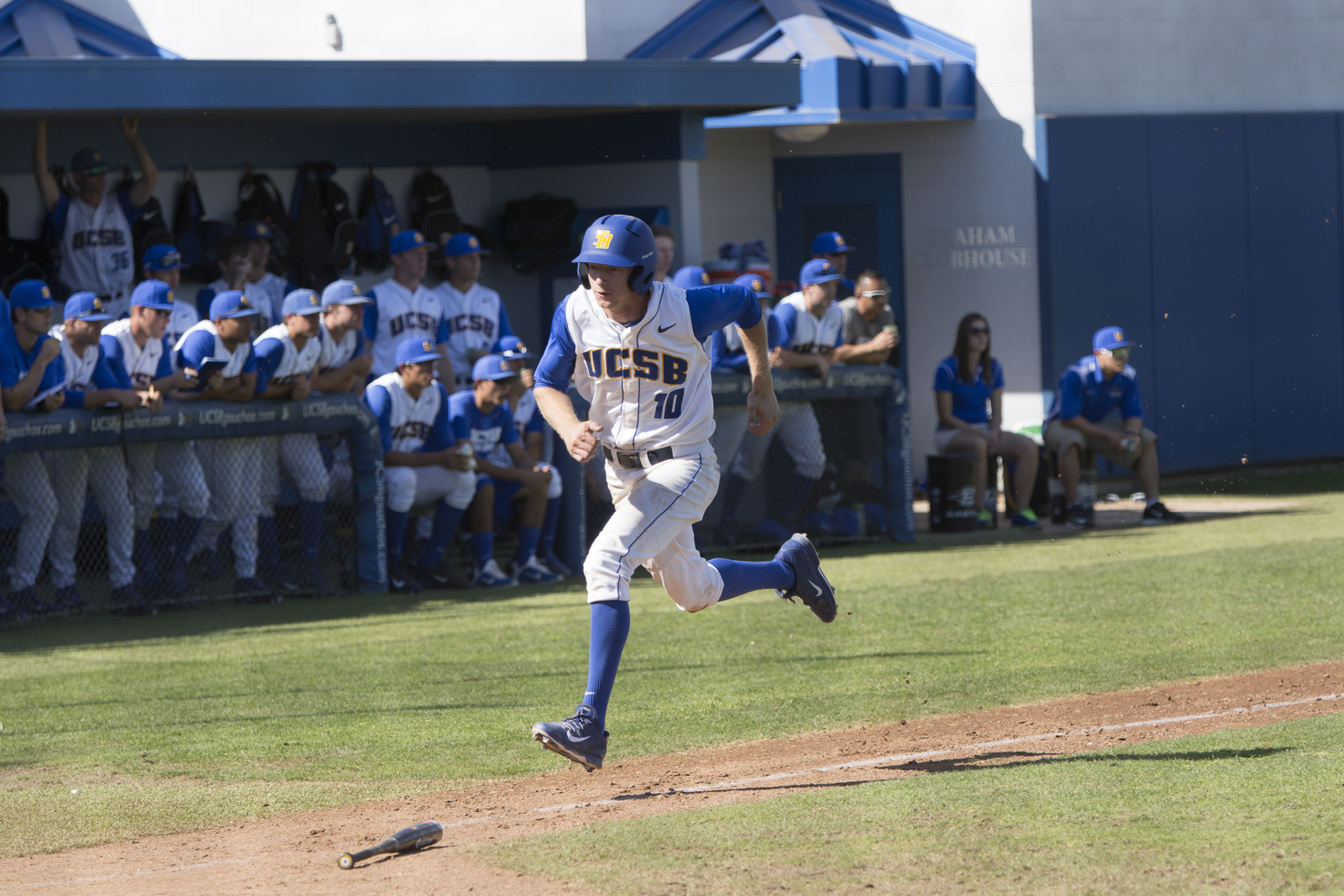 After a 90 minute rain delay, the UCSB baseball team clocked a big 2-1 victory over USC in a midweek road game, during its rematch with the Trojans Tuesday. With the win, the Gauchos have recorded a sweep over USC for the season.

Now going undefeated in midweek games, the Gauchos hold a 23-8 overall record and stand at No. 11 in NCAA, upsetting the No. 6 Trojans. Adding yesterday to the books, the Trojans are now 25-7 overall.

Going scoreless for five innings, the game was finally knocked open in the top of the sixth off a one-run RBI from senior second baseman Peter Marris, followed by another single RBI from freshman infielder Kyle Plantier.

Heading into this weekend with a seven-game win streak, the Gauchos low-scoring defensive battle with the Trojans started with junior lefty Domenic Mazza, who pitched for his fourth win of the season and his second over USC. Mazza pitched through seven innings and allowed four hits and no runs while striking out five.

Handing the ball to freshman righty setup man Alex Garcia, Mazza was relieved from the game due to a possible appearance from the bullpen this weekend.

Garcia allowed the only Trojan run of the night in one inning pitched before passing the baton to junior righty Robby Nesovic, who tossed his third save in a one-inning appearance.

The consistently high-performing Gaucho fielding had a few ups and downs. The team suffered through a few infield bobbles recorded for two errors, but redshirt senior right fielder Luke Swenson came out strong in the outfield.

Swenson put up two outstanding catches, one which laid him out on the grass for a diving snag and the other sent him into the right field wall – both saving RBI hits.

Only six Trojan and five Gaucho hits were allowed all game from opposing pitching staffs. Sophomore Jeff Paschke started for USC and went through two innings before leaving it to sophomore lefty Bernardo Flores to finish the remained of the starting half.

Junior lefty Marc Huberman made a one-inning appearance for the Trojans allowing no hits and striking out one. USC pitchers struck out a total of nine, compared to UCSB’s seven total strikeouts.

This was the first time all season the Trojans has outhit their opponent but not won the game. Though big USC hitter junior right fielder Bobby Stahel went 2-4, he came up with no RBI for the night.

UCSB will continue its road trip this weekend at Northridge to battle the Matadors in the Gauchos’ second conference series of the season starting Friday at 3 p.m.