The Daily Nexus
News
Author Lectures on Social Pressure of Technology
April 8, 2015 at 3:01 am by Juliet Bachtel 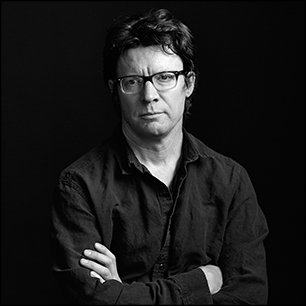 Writer and fellow at the Institute for Advanced Studies in Culture at the University of Virginia Matthew B. Crawford gave a lecture on modern technology and the mind Tuesday night in Campbell Hall.

Hosted by UCSB Arts & Lectures, Crawford’s talk, “The World Beyond Your Head: On Becoming an Individual in an Age of Distraction,” discussed a phenomenon called the “crisis of attention,” which explores the distractive capabilities of modern day technology and reliance on social media for purposes of comfort and confidence. Crawford’s goal is to convince individuals, particularly youth, to be more aware of their surroundings and less consumed by technological distractions such as television and cellular devices.

According to Crawford, societal pressures exist that encourage people to stay up-to-date with trends and popular entertainment as opposed to such topics such as classic literature. Crawford said engrossment with modern technology has been “normalized.”

“I’d be sitting down on my comfortable couch about to read Plato and rediscover my love for complex philosophy,” Crawford said. “I would read a few pages, realize that my favorite TV show is on, so I switch on the TV and now I’m not a societal freak and can talk to some people about it. If I just read Plato and tried to talk to someone about the next day, they’d think I was a bit of a freak.”

Crawford said ‘”distractibility” is facilitated by technology and provides a colorful, attractive world as opposed to a dull world without the distractions.

“The more we delve into these distractions, whether it be Facebook or Candy Crush or whatnot, we start to view the normal world as more bland and tasteless,” Crawford said. “It doesn’t offer the same amount of fun and entertainment that your marshmallow treat phone application has. So then we get hungry for it, and we go running back to our phones.”

Crawford also said self-esteem and sense of worth is tied to the attention users of social media get on social media sites.

“To be distracted is to be entertained and awed by all these fake experiences,” Crawford said. “Our self-dignity depends on social media which then creates a fragile self, which makes us dependent on constructed experiences to make up for it.”

Goleta resident Michael Jung said as a teacher he often encountered students who were unable to detach themselves from technology and relied on phone applications to solve problems.

“I taught high school [trigonometry] and I just couldn’t believe how many kids would just sit and play on their phones if I left them alone,” Jung said. “One girl even asked why we need to learn math if there’s ‘an app for that.’ To be educated, that’s why!”

Jung also said he found it refreshing to see young people take interest in activities and experiences other than technology.

“When I see people actually take an interest in other things — traditional art, music, dancing — I feel better,” Jung said. “I know technology hasn’t consumed every part of their life.”

Santa Barbara resident Margaret Rhiner said she believes youth need to be reminded to enjoy their physical environment and interact with people around them.

“They don’t realize it anymore, or maybe they’re just numb to their surroundings,” Rhiner said. “I go to the beach and I’m baffled to see all these kids on their phones instead of admiring the water or playing in the sand. Young people don’t talk to people anymore and they’re all obsessed about the next big invention.”

Crawford said students should take advantage of campus and its surrounding scenery while they still have the opportunity.

“If you’re a UCSB student, you’re living on the edge of the Pacific Ocean,” Crawford said. “You will never, ever, live anyplace like this again. I mean, unless you’re a billionaire or something. I think of a 20-year-old walking on the beach with his head stuck in Facebook and it just breaks my heart. Live a little. It’s worth it.”