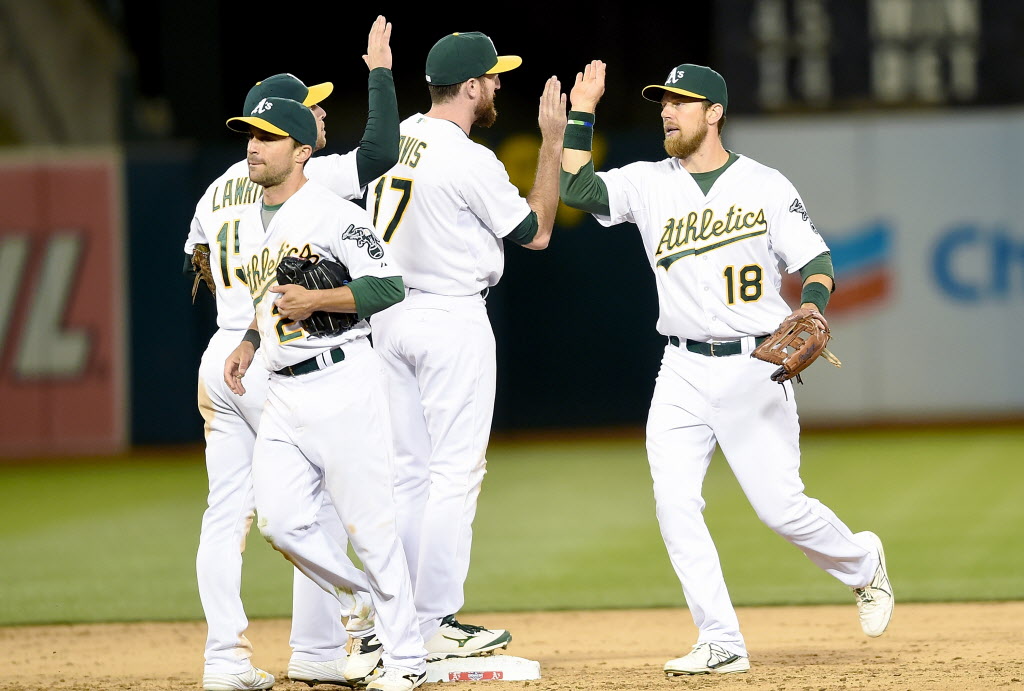 ​The Oakland Athletics come into the 2015 season with a lot of new faces as Billy Beane decided to shake up his team that slumped in the second half of the season last year to ultimately lose to the Kansas City Royals in the Wild-Card game. In total, Beane made nine moves in the offseason involving 27 players but I think the trades leave the A’s in a worse spot than last year as they will finish third in the American League West division behind the Los Angeles Angels and the Seattle Mariners.

​When you trade a player who finished in the top-10 in MVP voting the last two years, your team is destined to take a step back. The A’s have potential to win the Josh Donaldson trade in a few years time with the prospects they picked up, but for this year they will only get to see new third baseman Brett Lawrie in the field. Lawrie is a fine defender and he has a lot of upside at the plate, but he has battled injury problems and his best season came in 2012. He’s young and has a lot of potential, but he is a downgrade from Donaldson.

​Other additions, Ben Zobrist, Billy Butler, and Ike Davis will have starting roles on the squad, but these names are not ones that encourage me to believe that the A’s will have an offense that ranked fourth in the MLB in runs again this season. They will be trying to replace the 71 homeruns that Donaldson, Brandon Moss, and Yoenis Cespedes hit, with all three players gone from this year’s roster. The Athletics instead will have to depend on their young starters to carry this year’s team.

​25-year-old Sonny Gray will be the opening day starter for the A’s after going 14-10 with a 3.08 ERA last season. He is the young ace of the rotation, followed by new acquisition Jesse Hahn, and lefty Scott Kazmir. The team will hope to hold down the rotation with some unproven arms until young star Jarrod Parker returns to the rotation around halfway through the season.

​I see the A’s bullpen as the strength of the team, manned by new closer Tyler Clippard who was acquired from the Washington Nationals during the offseason. It has been a couple of seasons since Clippard was in a closing role, as he saved 32 games for the Nats in 2012, and since then has been a very strong set-up man. He will be joined by Jesse Chavez, Eric O’Flaherty, and Fernando Abad at the back end of the ‘pen.

​Manager Bob Melvin has gotten the most out of his team the last couple of seasons in getting them to the playoffs with less talent and a smaller payroll than other teams in their division. This year may prove to be even more of a challenge as this team is less talented than the last two. The A’s will need their young rotation to be throwing bullets all season long and their new acquisitions must buy in to the A’s culture and way of playing with all 25 players on the roster having a role in platoons and playing matchups against opposing pitchers.

​I believe the Angels and Mariners are too talented for the A’s to make the playoffs this season. Los Angeles boasts the best player in baseball in Mike Trout, as well as Albert Pujols and ace Jered Weaver, while “King” Felix Hernandez leads the Mariners on the mound and baseball’s homerun leader from last season, Nelson Cruz, bolsters a stronger lineup than previous years.

​It will be an uphill climb for the Athletics this season and they’ve been known to beat the odds before, but I don’t think this is a year that Billy Beane’s whirlwind acquisitions get the team into the playoffs.