The Daily Nexus
Tennis
Women’s Tennis Looks to Build on Perfect Start to Big West Play
April 2, 2015 at 5:00 am by Evander Hilton 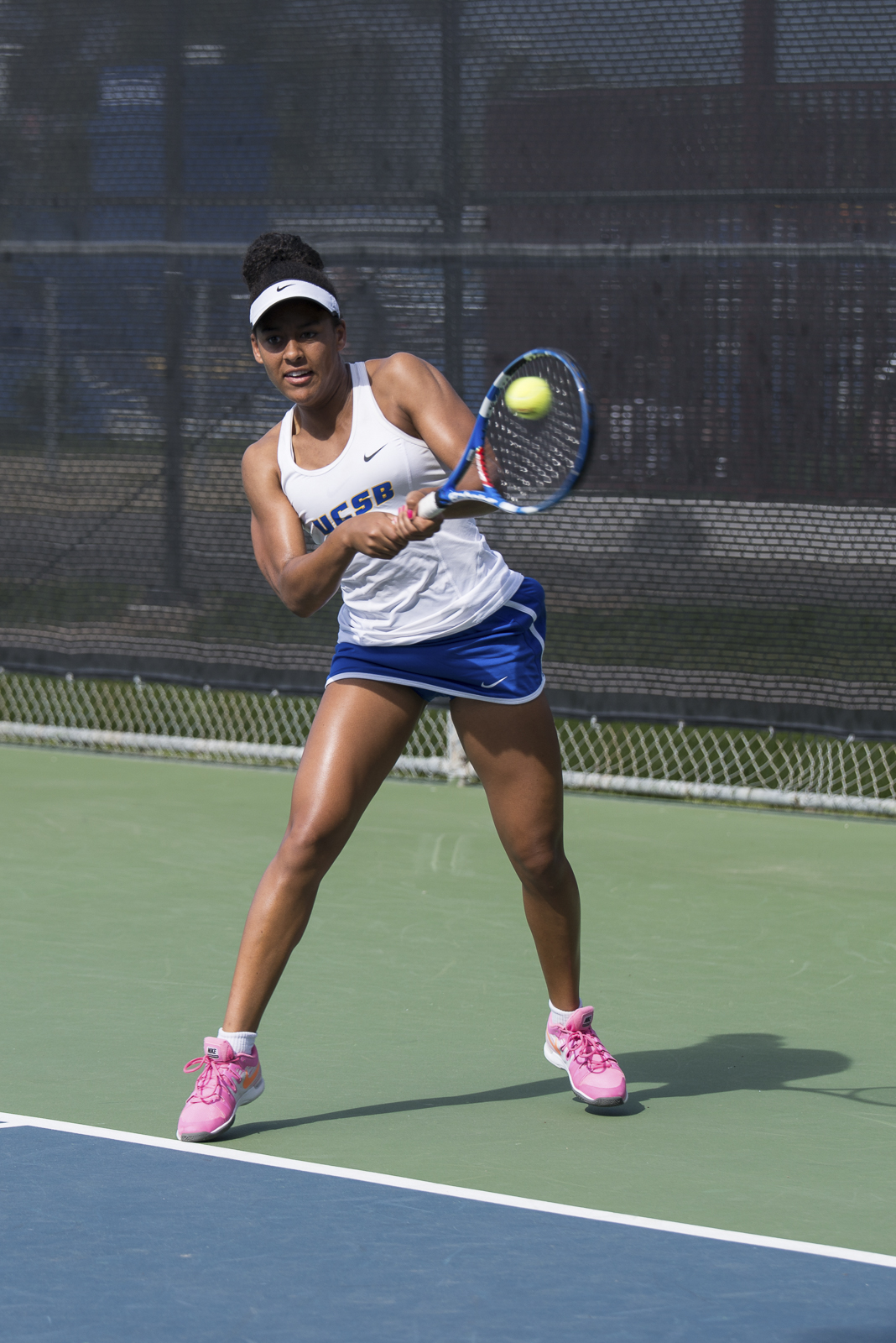 Swinging a tight backhand, April Scatliffe hits the ball deep into the left corner of the back court. Eric Swenson/Daily Nexus

The Gauchos are on a hot run of form of late, winning their last six matches while keeping a perfect conference record of 3-0 in the process.

Santa Barbara’s hard efforts on the court have paid off in dividends, earning them a No. 50 national ranking by the Intercollegiate Tennis Association. This ranking came after UCSB took down nationally ranked opponents No. 69 San Francisco and then-No. 66 Illinois.

This weekend is very important for the Gauchos, who will play two conference matches back-to-back. Two wins would help them maintain a perfect conference record of 5-0, putting them in position to potentially leapfrog Long Beach State (12-4, 6-0) for first place in the conference.

UC Irvine will come to Santa Barbara after breaking a four match losing streak against Sacramento State, the longest streak for the Anteaters since 2011.

Fullerton’s freshman Danielle Pham will come to Santa Barbara after receiving her Big West Female Tennis Athlete of the Week Award, which she earned by winning her singles matches against Colorado State and Wyoming University.

UCSB will play against conference rival Cal State Fullerton on Friday at 1:30 p.m. at the Rob Gym tennis courts before playing UC Irvine Saturday at 10:00 a.m.