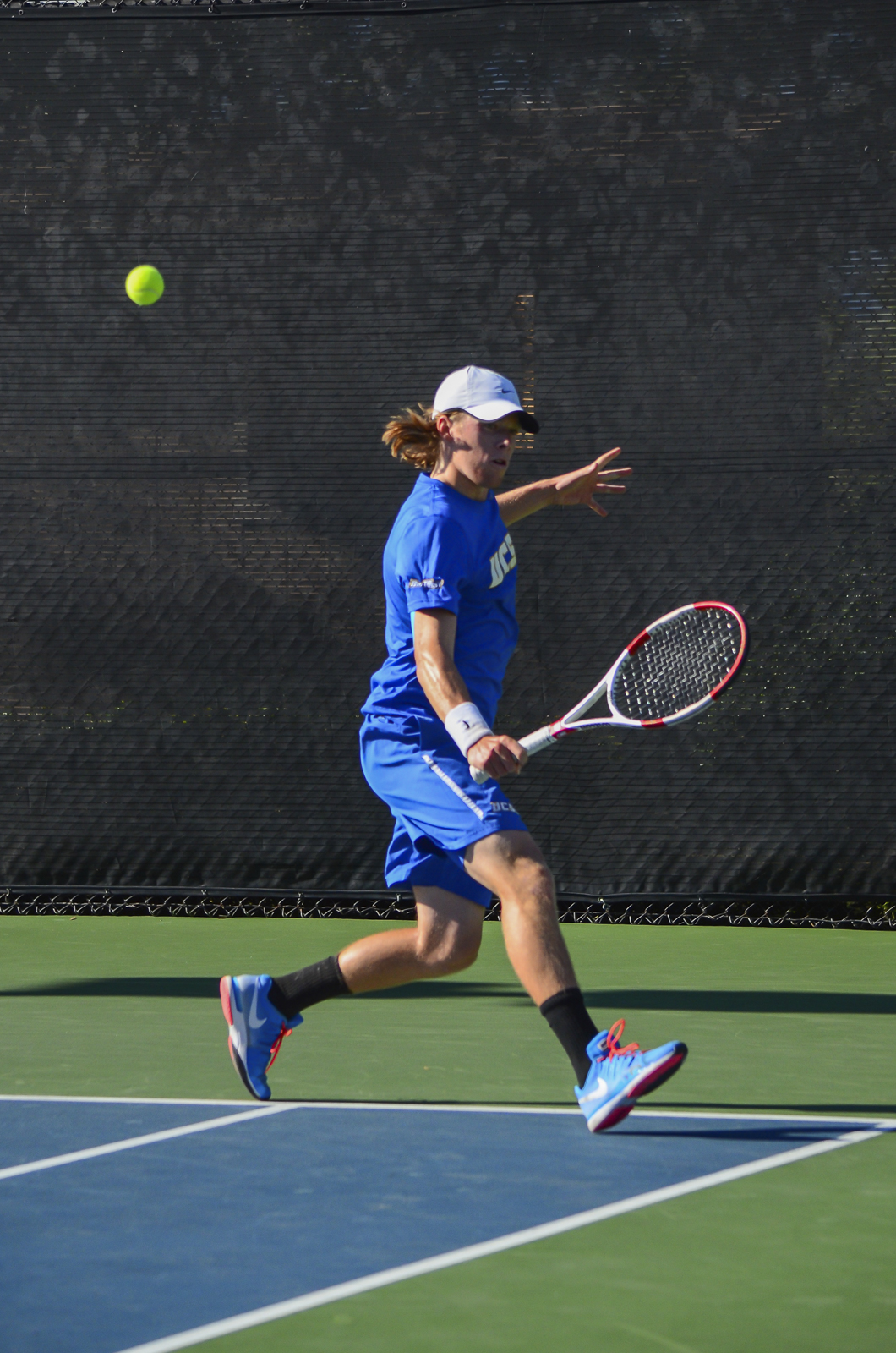 After a successful road trip, the No. 60 UCSB men’s tennis team will return home to take on Hawaii this afternoon. This match will reopen conference play for the Gauchos and starts a three-match home stand as well.

Heading into today’s events, the Gauchos stand with an overall record of 7-7 and a conference record of 0-1. The Rainbow Warriors come in with a 5-8 record overall and stand at 0-2 in conference.

“Everything is really clicking for the team right now,” sophomore Morgan Mays said. “Every spot is looking great, doubles has been going really well lately and our singles are pretty consistent.”

The Gauchos reeled in more than half of their wins in the month of March with just one loss to No. 41 Denver on the road. The team was even able to grab two victories on the road, which it hadn’t done all season. This recent success of the Gauchos was enough to push them up to No. 60 in National ITA rankings.

Today the team will be looking for its first conference win of the season as they played one early match at the beginning of February on the road in Irvine. Despite leading for a fraction of the match, Santa Barbara could not hold off UCI and fell 3-4 to the Anteaters. Including today’s match with the Rainbow Warriors, UCSB will have four more conference matches to push for the title. The Gauchos will have a helpful advantage in playing three of those matches at home, where they are an undefeated 5-0.

“It’s the familiarity and being comfortable, as well as having your fans coming to support you that makes playing at home so special,” Mays said. “I really feed off of the energy of the crowd, and I think we all do in our own way, so it’s great to have them out there.”

The Gauchos found much of their recent success thanks to their top player from last season, senior Ziad Sultan, returning to singles play for the first time this season in their last road trip. Sultan eased his way into the lineup playing in just doubles matches at first and then finally retaking his spot in the number one court. With Sultan back at the one spot, the Gauchos are given talented depth with senior Tobias Galskov, junior Nathan Eshmade and Mays taking the next three spots for the team. All four players have played phenomenally throughout the season and have moved around throughout the four spots every week.

Along with Sultan, sophomore Erik Johnsson has grabbed himself a spot in the starting lineup and has not made Head Coach Marty Davis regret that decision, as he is still undefeated in singles play. Johnsson has moved between both the fifth and sixth spots and has always found a way to achieve success after just breaking into this lineup at the beginning of March.

“Ziad is the leader of this team, so it is inspiring to see him back in the lineup and Erik has not lost a singles match yet,” Mays said. “So we are all really excited to finish the season because we have some great opportunities ahead to finish strong.”

Today’s match is set for 2 p.m. at the Rec Cen Courts.