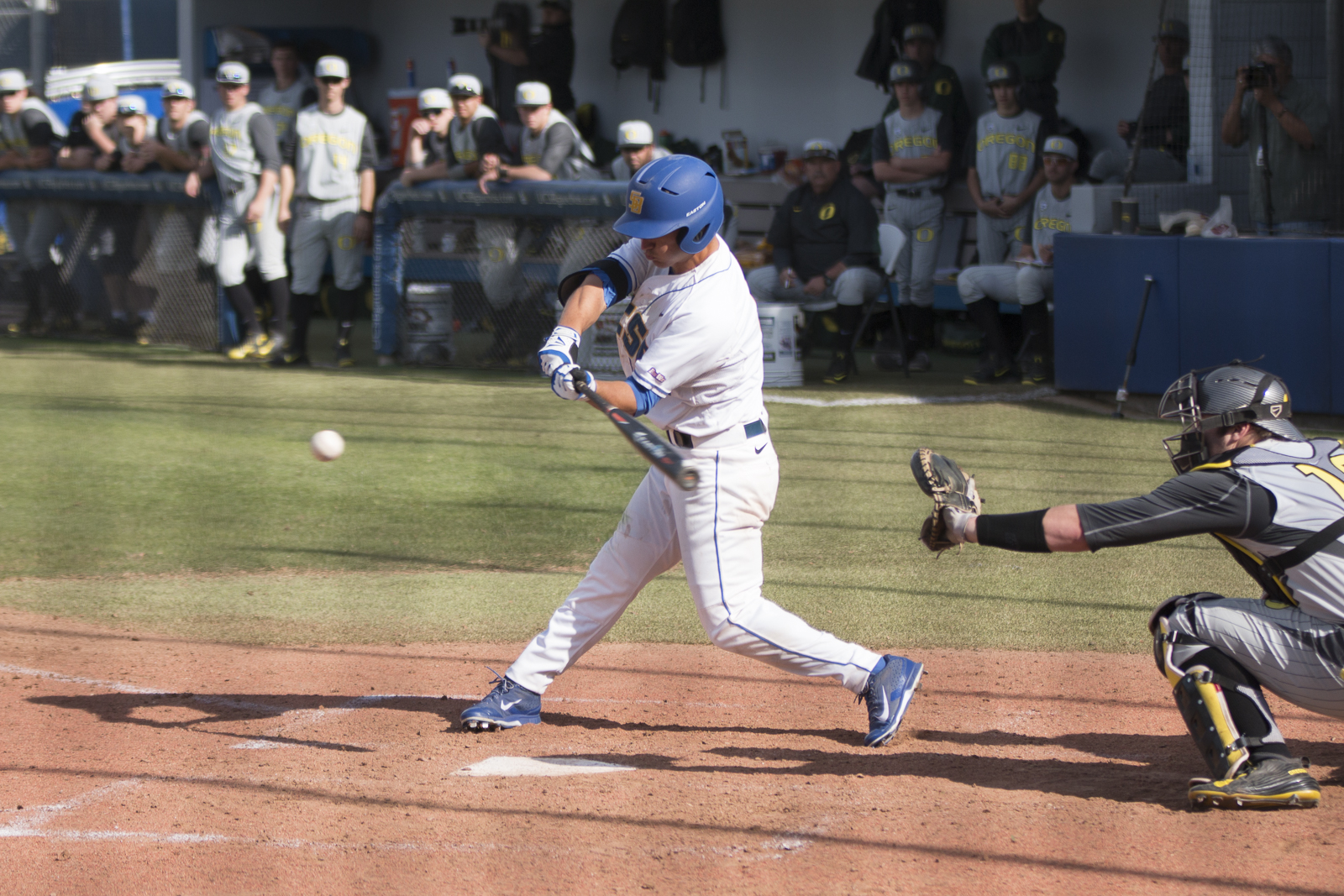 Currently standing at No. 15 in the nation, the UCSB baseball team enters a four-game series against Fresno State at Caesar Uyesaka Stadium starting today at 3 p.m.

The Gauchos enter the series with a 2-1 Big West and 19-7 overall record and are third in Big West standings. However, the Gauchos still maintain the best overall win percentage in the conference with .731. UCSB also holds the highest national ranking of any other Big West team in the Baseball America rankings.

The Bulldogs will enter this series with a 7-5 conference and 16-13 overall record. Though holding a 14-4 at home record, Fresno is only 2-9 on the road.

Coming off a loss on Friday against Long Beach State, junior starting pitcher Dillon Tate will take the mound this series recording 59 strikeouts and a 1.39 earned run average. Tate holds the second most number of strikeouts and second best ERA in the conference.

“It’s not the end of the world, but sometimes [losses] happen. I know the guys have my back,” Tate said. “I just need to keep doing what I’m doing, and I know they’ll back me up.”

The Gaucho pitching staff is up against a very hot and cold Fresno offense that is coming off a losing series against New Mexico, where it scored eight runs on Saturday and only one on Sunday. Before that, Fresno went on a five-game win streak against UCSB, San Jose and No. 21 Cal, where its lineup scored a total of 42 runs. The Bulldogs have scored at least six runs in their past seven outings.

“I feel good about our starters. We need to get our bullpen guys in there, they didn’t get much work last weekend,” Head Coach Andrew Checketts said. “I don’t know if it’s going to be high scoring or not, but I feel comfortable with our starters, but we need to work on minimizing their pitch count.”

In a commanding spot of the Fresno lineup is junior catcher Taylor Ward who has accounted for 25 RBI this season. Ward currently holds a team high .359 batting average and a .485 on base percentage.

“I think [the team is] going to be ready to go, and we learned a lot over this past weekend,” Checketts said. “We pitched great but we didn’t play great offense, but I think we’ll come in more prepared for this series than they were last weekend.”

Though the Gaucho offense struggled for consistency in the previous Long Beach State series, UCSB still accounts for multiple offensive conference leaders. Nesovic tops the conference chart with 24 RBI this season and comes in at third for season batting average, as he hits for .372.

“We need to be able to handle different types of pitchers,” Checketts said. “We’re going to try to give them some different looks in batting practice, and adjust based on style of pitching.”

Junior outfielder Cameron Newell comes in behind Nesovic for fifth in the conference with .347. On the base path, Leadoff hitter, redshirt sophomore Andrew Calica has had 10 stolen bases, the third most in Big West.

UCSB is also tied in the conference with UC Davis for overall team batting average with .298. Though UCSB falls slightly behind Davis in overall on-base percentage, the Gauchos lead the league in RBIs with 141 this season.

“We have to have an away approach and focus on hitting the ball to the opposite side of the field,” Nesovic said. “I think we’ll do that fine this week.”

The series against Fresno State will run from today through Saturday at home. This will be the last home series for the Gauchos until they return to Santa Barbara to face rival Cal Poly after a road-trip to play Cal State Northridge next weekend.

Today’s game is scheduled for 3 p.m.