The Daily Nexus
Tennis
Gauchos Defeat Dons at Pebble Beach
March 31, 2015 at 5:00 am by Evander Hilton 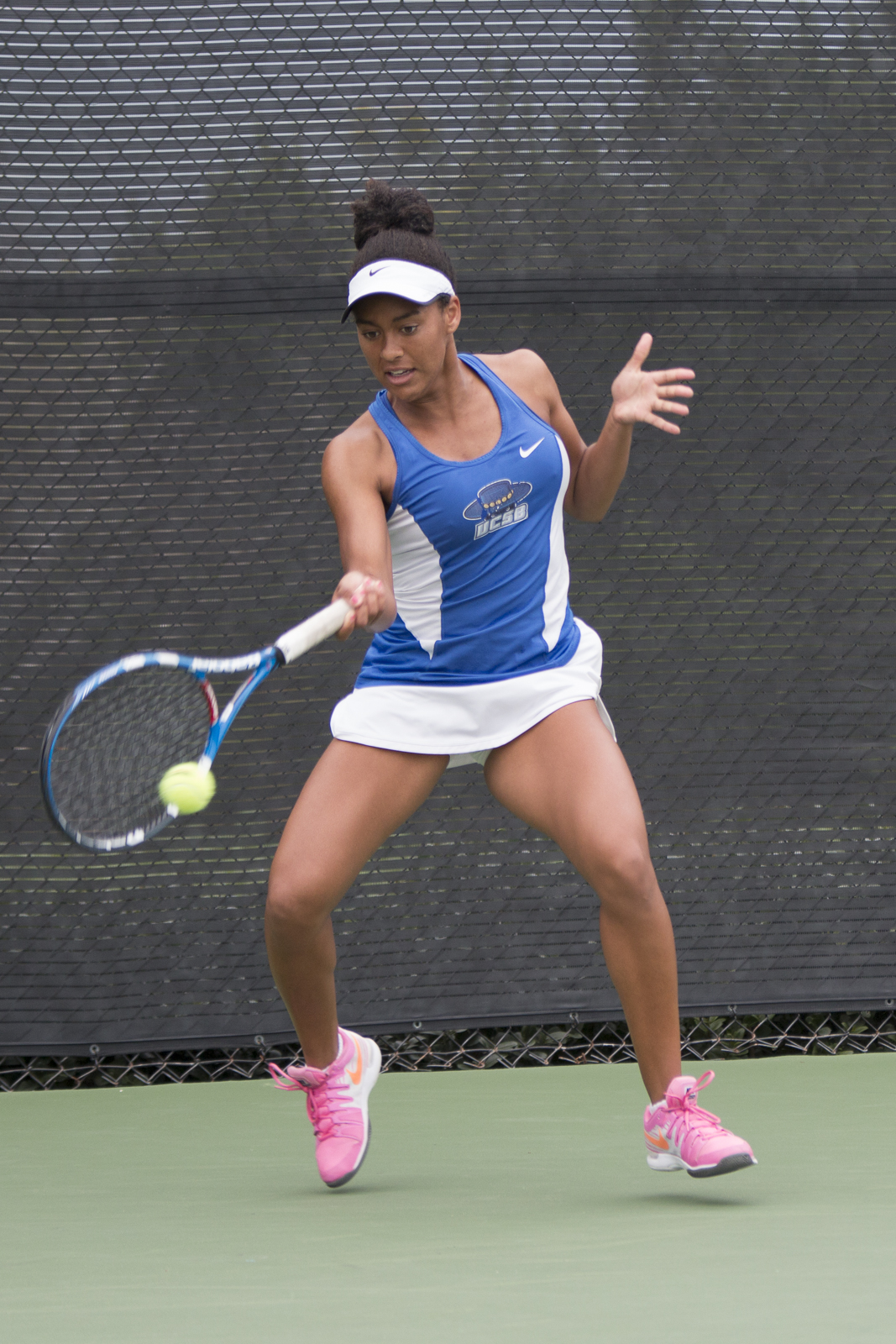 No. 68 UCSB took down the No. 57 University of San Francisco Dons at a score of 5-2 on Saturday at Pebble beach.

The win, which was the Gauchos’ sixth straight, improved their record this season to 11-6 overall, 3-0 Big West. San Francisco dropped to 8-6 overall, 3-1 conference.

UCSB was unable to secure the doubles point on Saturday however, winning only one of the three doubles matches.  On the No. 2 court, freshmen Natalie Da Silveira and her partner junior Priscilla Garcia lost 7-6 to the Dons’ sophomore Genevieve McCloskey and junior Sofia Holmberg.

On the No. 1 court, sophomore duo Luisa Ortiz Candido and partner Melissa Baker lost to San Franciscos’ doubles partners senior Marina Nikolic and sophomore Thyra Taune at a score of 6-2.  On the No. 3 court, senior Stacy Yam and sophomore Jaimee Gilbertson secured the Gauchos’ only doubles win, 6-2, over the Dons’ freshman Ines Teixeira and senior Milica Hadzi-Tanovic.

On the No. 4 court, during the singles portion of the match, senior April Scatliffe gave the Gauchos their first point taking down Holmberg 6-3 before the Dons’ competitor retired on the second set, giving Scatliffe the win.

Candido also won in three sets on the No. 6 court, showcasing the Gauchos’ mental toughness and winning her match 5-7, 6-1, 6-3 against Teixeira.

UCSB will play a home match this Friday against conference rival Cal State Fullerton at 1:30 pm on the Rob Gym Courts.