The Daily Nexus
News
A.S. Approves Funding for Campus Organizations
March 31, 2015 at 1:18 am by Supriya Yelimeli 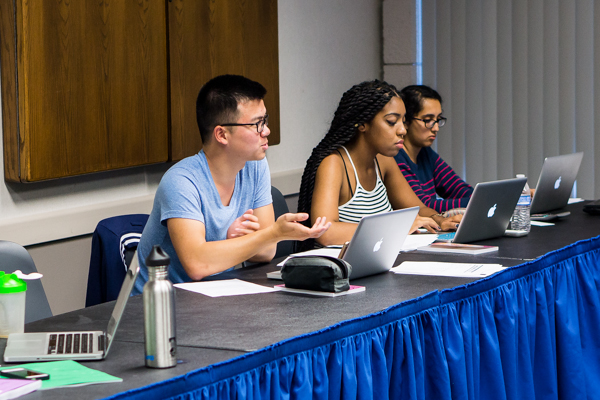 Partially funded organizations included the International Students Association for $325 of $965 for a Masquerade Ball Mixer, Actuarial Association of UCSB for $1,408 of $1,537 for California Actuarial Student Conference (CASC), FOCUS Media Journal for $2,500 of $3,500 in publishing costs, the UCSB Society for Industrial and Applied Mathematics (SIAM) for $1,300 of $1,800 for a half-day symposium, Campus Democrats for $1,000 of $2,275 in travel costs to the California Democrats State Convention in Anaheim, the Equestrian Team’s national qualifier for $350 of $995 in travel costs to the national tournament in Massachusetts and Phi Iota Alpha for $2,000 of $7,000 for LatinFest 2015.

Approved requests included Indus for $2,974 for Visions cultural event show, Sigma Alpha Zeta for $965 for a 5K Run, Students for Justice in Palestine for $620 in transportation fees for a 30-foot wall event, Senator December Brown for a diversity leadership conference in Chicago for $3,195, Hermanas Unidas for $1,136 for a student mentoring program, the Society of Undergraduate Biologists for $450 in student-professor luncheon expenses and an approved reallocation of $700 from honoraria to special projects.

The Olive Tree Initiative was declined $10,000 for their trip to Washington D.C, Israel and Palestine to speak with several diplomats including current president Netanyahu’s advisors.

Board chair and third-year history of public policy major Jimmy Villarreal said he was not sure if $10,000 should be allocated toward five students who would not be using the funds on campus. Board member and fourth year film & media studies and black studies double major December Brown said the Olive Tree Initiative should request funds from other sources. 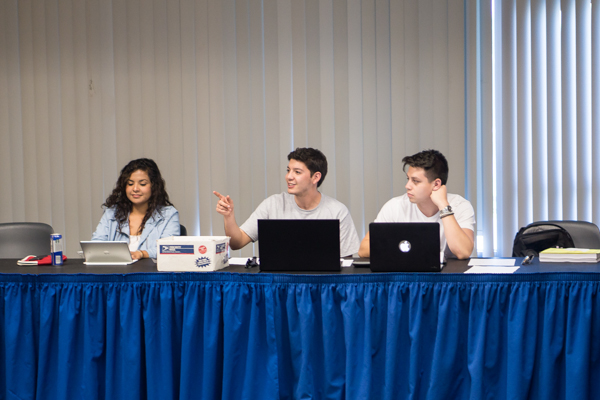 “I think they can get funding from plenty of other places at this time, if they want to come back and ask for it that’s fine,” Brown said.

Brown also presented a fund request for the National Student Leadership Diversity Convention in Chicago during the summer. Brown said the convention would be accommodating transfer students to increase their range of knowledge in leadership training.

“As you know a lot of transfers are very diverse, the students I take [to the conference] want to be leading these spaces next year,” Brown said. “We want to make sure they have a lot of information regarding diversity training, leadership training as well because they’re gonna be the ones hiring counselors next year.”

Financial mathematics and statistics major and UCSB Actuarial Association President Alex Kim requested funding for CASC and said the university was the premier actuarial program on the West Coast, expecting up to 250 students at the conference this Saturday at 10 a.m. in Loma Pelona Center.

“We’re trying to beat the other schools to the punch and have it here. 250 students, 70 or 80 on the waitlist right now,” Smith said. “We’ve been selected for one out of 25 actuarial schools in the nation and first in the West Coast.”

Requesting funding for a student-professor luncheon, Society of Undergraduate Biologists Co-Chair Jessie Wong said the club allows biology students, who comprise 25 percent of undergraduates, to have access to professors and instructors in their field.

“In the biology major there can be a thousand plus students in intro level courses, in the Society of Undergraduate Biologists we try to bridge this community between professors and students so that students are not afraid to get to know the professors,” Wong said. “Once you’re a senior, you go up to a professor for a recommendation but it may be like, ‘I got an A but I’m just a face and you don’t know me.’”