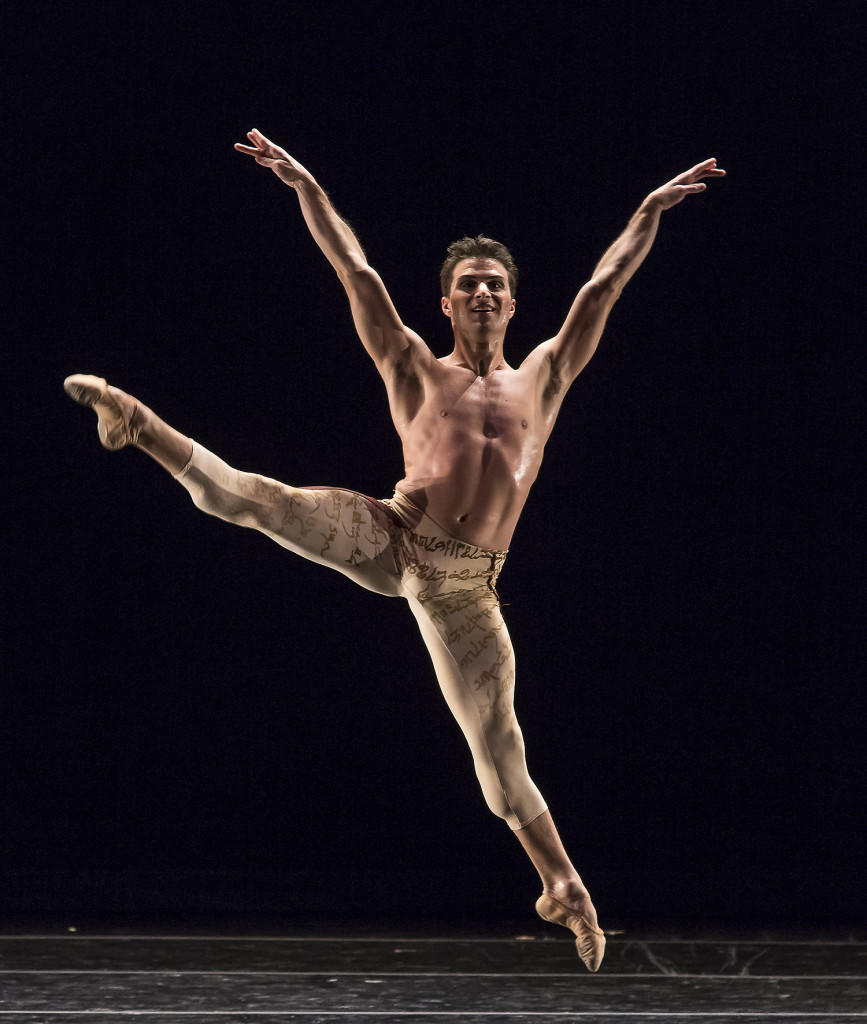 After an agonizing separation of three years, the Joffrey Ballet returned to Santa Barbara on Tuesday, March 10 to perform three pieces of recent repertoire. Founded 1956 by Robert Joffrey in New York, the company commends itself on performing repertoire which includes major story ballets, reconstructions of masterpieces and contemporary works.

Today, the company is located in Chicago and is directed by Ashley Wheater. Wheater trained in England with the Royal Ballet and danced with the Australian Ballet before joining Joffrey Ballet as a dancer in 1985. Though he left the company in 1989 to dance with the San Francisco Ballet, after the death of Joffrey’s second director, Gerald Arpino, Wheater returned to Chicago to direct the company in 2007.

To the delight of UCSB’s dance students, Wheater and Director of Artistic Operations Gerard Charles made time during their visit to not just teach a class, but sit and talk with student dancers for a couple hours before the performance.

After giving a brief history of their training in the Royal Ballet and their journey to Joffrey Ballet, the two professionals asked students what dance means to them and their reasons for dancing.

Second-year dance major Rachel Epling was delighted at the professionals’ curiosity. “To have someone so successful turn around and ask us how we feel was amazing!” A total sports girl when she was little, Epling shared in the talk that she chose dance because she could express herself while working up a sweat. Yet, she doesn’t feel that athlete vs. dancer has to be a choice, maintaining that dancers and athletes could come together and find in each other’s passions something to be intrigued by.

In hindsight, Wheaton gave a perfect summary of the night’s repertoire in that talk: “Ballet is our language, but dance is our world.” With three pieces based in classical technique, but ranging in contemporariness, Incantations, Son of Chamber Symphony, and Episode 31 brought a diversified experience to the Granada stage.

The performance opened with Incantations, choreographed by Val Caniparoli, dancer and resident choreographer with San Francisco Ballet. Drawing inspiration from the idea of a never-ending prayer, the large Buddhist incense coils that hung above the stage set the circular theme of the piece.

The dancers individually created circles through the arm motions that often circled their heads or carved rings into the space around their bodies. They were so light and graceful on their feet that the women looked as though they were on ice, effortlessly swung in low circles on the floor.

For Tessa Fieri, a first-year English major, this was her favorite piece of the night. Without time in her schedule to crash a dance class this quarter, Fieri had double the need to see the Joffrey perform and fill her life with balletic goodness.

“[Incantations] was an infinite dance — circuitous and so emotionally poignant. I found myself … on the edge of my seat with tears in my eyes,” said Fieri. She expressed great delight with the “perfect conglomeration of provoking music, and a blend of traditional and unconventional movement.”

The whole performance was flawless, except for one brief unexpected intermission during the final piece of the night, Episode 31, when a light fell over and the lightbulb shattered. Though the show must go on, safety came first. Having had a 30 second taste of what was to come, the audience waited on the edge of their seats for the performance to restart, and there was much applause when the lights dimmed.

Episode 31 was choreographed by Alexander Ekman, and was as distinctly contemporary as Son of Chamber Symphony had been classical. In a short video before the piece began, Joffrey Ballet revealed that it had taken this dance into the streets of Chicago to feel a new environment and explore the movement outside a studio space.

It could only be imagined how confused — but awed — the people of Chicago must have been. Wild movements with perfect timing, skirts on men and coattails on women, bare feet, socks, one pair of pointe shoes — the Joffrey Ballet dancers had an intimidating stage presence in this piece, and there was an intake of breath from the Orchestra seats as the dancers charged downstage before coming to sudden stillness.

It was with a standing ovation and a mammoth basket of yellow flowers that the Joffrey dancers took their last bow of the night. They brought to Santa Barbara both classical and contemporary movement, and were a perfect example of Wheaton’s hypothesis as to why dance, in contrast to others of the fine arts, is gaining more and more viewers as time goes by: “Dance is still a human activity … [there exists in every show] the vulnerability of all of us that we bring to performance.”