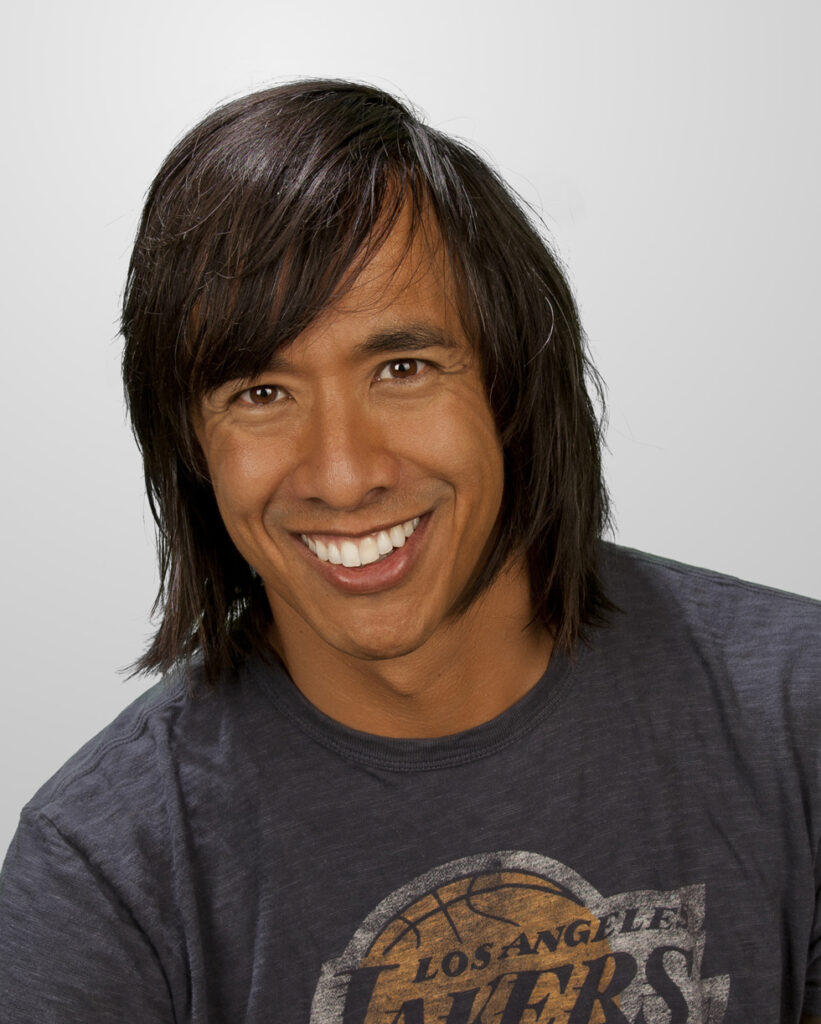 At about the same time you were ransacking the kitchen’s pantry and refrigerator for something tasty you could call your dinner, Kip Fulbeck’s Art 137 Class was serving up a platter more fulfilling than that chicken-flavored Top Ramen and those endless rows of Oreos — an hour and a half filled with hot and steaming, grilled to perfection, sweet and sour … words.

This quarter’s theme, “Eat My Words” featured Fulbeck’s most recent work of art: 16 students from all walks of life who share the common language of poetry.

From talk of body parts, to talk of love, to (lots of) talk of sex, to talk of all the in-betweens, the night’s line up on Thursday, March 12 consisted of heated poets eager to present the pieces they’d been working all quarter on.

With eyes like “galactic marbles,” fourth-year Caila Baltas began the night with a piece dedicated to the eyes that everybody wants, yet questions. In her poem, the art major addressed all of the concerns that she has ever received in regards to her fierce eye color. “They are mint ice, ice blue, winter fresh, reef green … 66CDAA [to be exact],” she firmly stated.

Bringing the attention down to bottom of human anatomy, Ariana Crane, who usually ran at the sighting of feet, performed “Rainbow Sandals.” In her poem, the fourth-year described the only pair of toes — other than her own — that she could ever come to approve of. “I know that we could go barefoot forever because your feet are the only feet that I have ever loved,” she confided.

Raphaella Faria, a third-year double art and communication major, broadened the audience’s perspective of the body. Her poem, “The Country with Naked People and Waxes” spoke for itself. In fit-and-flare pants that hugged her curves, she addressed the stereotypes of a Brazilian woman. “Welcome to the land of the forest and the home of the naked,” Faria said, tossing her ombré hair around.

Moving away from Balta’s eyes to Crane’s significant other’s feet to Faria’s overall body, the next few poems centered in on the heart.

Colleen McCamy, a first-year Environmental Studies major, brought the matter of romance to the unforeseen setting of Starbucks. “What drink would you like to get your day started?” she said, imitating the barista. In an unexpected turn, McCamy ordered, “a tall glass of honesty from the man that [she] thought loved [her]… some steaming confidence when [she tells] him to stop calling … [and] some extra strength with that extra whip so [she doesn’t] melt when he says [her] name.”

In an interview with the Daily Nexus, McCamy said she was excited to promote Fulbeck’s Art 137 class. From memorizing a single phrase to rehearsing the expression whilst doing planks, the course and its members gave her confidence in her work. “Everyone got really close and became a family within the class,” McCamy said.

Next up, Kevin Nguyen performed “If You Tell a Girl Hello” and Aimee Michelle performed “London Love.” In both pieces, the second-year poets talked about the what-ifs and the soon-to-be types of love.

Afterwards, Crane re-entered the stage and performed “Radiance.” In verbal and sign language, the poet described her luminous mother with hand gestures and kind words to show that a description of her mom could not be limited to one form of dialect.

Stepping away from McCamy, Nguyen, Michelle and Crane’s sweet and sour words of affection, single poets and groups of performers claimed the stage with their talk of sex. Samantha Perez’s “Black Coffee Brown Eyes” and Justin Kyung’s “Holy Trinity” explored the underlying meaning of their sexual experiences.

Perez, a fourth-year CCS Literature major, was in the middle of sweats, moans, more sweats and more moans, “when out of [her partner’s] mouth [tumbled] the words ‘I love you.’” She had been in love before and “it completely sucked” but during Thursday’s performance, she looked out into the audience and whispered, “I love you too.”

Kyung, the voted MVP of the class, wore black rectangular framed glasses and khaki drawstring joggers. He spoke about the intersection of his three identities: being Korean, Christian and gay, and touched on the sexual experience that came with it all. Kyung now shows all three characteristics equally, proudly and perhaps even promiscuously.

In a group performance, “For the Frat Boys,” Michaela Ravazio, Katherine Hennessy, Baltas, Crane, Perez and Yibing Guo complained about the attempted, but unsuccessful, actions they had experienced during sex. Third-year Ravazio didn’t know if she was attracted to girls now or if she and the other performers were just, “sexually frustrated by guys.” Throughout their poem, the students demonstrated — with physical movements — the wrong and right methods of sensually pleasing a woman. They included thrusts and everything.

The last group of poems spoke beyond body parts, love and sex, and rather focused on family, addiction and other heavy themes. Each contributed a unique flavor to the night.

In a black leather jacket, Bob Hwang sighed because of his given name. His mom used to say, “simple name, simple life.” But, he liked to think of it as “sucky name, sucky life.” In his poem, literally named after his name “Bob Hwang,” the young poet made the audience burst into laughter as he acted out his childhood in squat position.

With the same motive of expressing displeasure, Hennessey performed “Bone Lab.” As a Biological Anthropology major, the fourth-year was forced to work with bones in the laboratory. Disgusted by cannibalism, Hennessey complained about how anthropologists have to lick a bone to determine what it belongs to — an animal or a human. She was definitely not down.

Guo’s “Complaints” began with a description of her anxiety-filled ultrasound. “All I could hear was [the word] tumor,” she said in a panic. At the age of 21, the graduating senior thought she was reaching her expiration date.

As a girl who is always complaining about complaining, in that moment with the ultrasound and the doctor saying the word tumor, Guo stopped complaining. Then six hours prior to her biopsy, the doctors called it off. “[I was] off the hook,” she said. Not promising to completely stop complaining, the film & media studies major vowed never to “complain about being given this second chance.”

“Shades of Brown” by Sandra Ramirez spoke about her father. Stage one: he “[ignored] family and bills because he decided to lose money to slot machines.” Stage two: he “[accused her] mother of cheating.” Stage three: “violence.” Stage four: “more violence.” Anxious that she was following his footsteps, Ramirez found peace in the midst of mess.

Benjamin Simons and Ravazio performed, “I Quit.” Hooked on cigarettes and weed, the two decided to lay off the rolls and blunts. Now that they were in this together, they could celebrate — with a celebratory smoke sesh of course.

In brown leather slip-ons and faded blue jeans, Adrian Lara reminisced his high school glory days on the football team. His poem, “Linemen,” talked of the time he was never able to “touch the damn ball.” But, as he went on, the third-year transfer student got his first chance to slow down time and go for the touchdown to the theme song of Katy Perry’s “Roar.”

Ending the night, Janice Agustin performed “F*ck You.” Humorously throwing F-bombs across the room, the fourth year book arts major called out, “F*ck your problems! We all have them.” She spent the next couple of minutes jokingly calling out the previous performers — her fellow classmates. To Adrian and his inability to let go of his high school memories, Agustin screamed, “You’re in college. Get some pus*y!” To Benjamin and his attempt to quit smoking, “F*ck trying to quit smoking. Light that sh*t up!” To the people who sported North Face jackets, “It’s not even that cold outside!”

To sum it all up, the MCC theater served delicious platters of poetry in a student-run show. And although body parts, love and sex don’t seem that appetizing, it’s safe to say the audience rated Eat My Words with 5/5 stars for its great price (free), wonderful service (students) and dishes galore (poetry).

Advice for the next time you’re hungry, but don’t know what you’re craving: Stop by the MCC Theater at the end of each quarter. I’ve heard rumors about what’s next on the spoken word menu, but I don’t think I should taco ‘bout it.