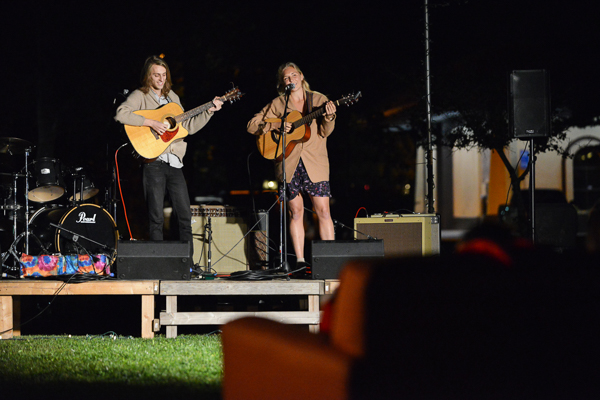 With spring just around the corner, the refreshing sights and melodious tunes that come with the season inspired Isla Vista First Fridays: March into Spring on Friday, March 6.

In I.V.’s Perfect Park, miniature lights were strung from one end to the other, the smell of freshly served Grandma’s Tamales floated through the air and orange polka-dotted love seats lay in indiscriminate locations for guests to use at their leisure. Pillows and blankets were provided.

The audience voted one actor off the stage following each scene and left Waddell — the lone survivor — to perform the entire routine by himself. Keeping warm in his fitting red, white and blue beanie, the comedian ran back and forth across the grass, slipped in his frictionless sneakers and completed the show triumphantly and patriotically.

Next up, fourth-years Erisy Watt and Jeremy Ferrara brought to the stage what they call “folk soul … a laid back kind of sound.” Dressed in earth tones and sweet smiles, the acoustic duo played originals such as “Man in the Moon” and covers like Sam Cooke’s “What a Wonderful World” and Hall and Oates’ “Rich Girl.”

Technical difficulties aside, the musical partners had their listeners swaying with eyes closed, smiling despite the wintry breeze and enjoying what Watt describes as “tunes to be had with a morning cup of tea.”

In an easygoing interview with the Daily Nexus, Californian Ferrara and Tennessee-born Watt reminisced about the beginning of their musical career. “We met in the dorms through a friend. I didn’t really start playing music until I came to college,” Watt said. Their first performance was at I.V.’s Coffee Collaborative and, now, they are set to play at Lucidity, I.V. Earth Day and much more.

Watt is graduating with an environmental studies major and is working towards combining environmentalism with music. Ferrara will graduate as a physics major and also plans to further his music career.

Conner Cherland, another UCSB student, modestly introduced himself onstage as a guy who “[builds] websites for a living.” Using a loop pedal that carried out reverb and delay, Cherland said, “Here’s a couple songs I didn’t write.” His mash-up of Linkin Park’s “Numb,” Blackstreet’s “No Diggity” and Chris Brown’s “Loyal” brought about new fans. One girl awkwardly screamed, “You’re so cute!” while another dude loudly commented, “He’s the next Ed Sheeran, bro!”

In between performances, First Friday attendees took selfies in the decorated geodesic dome and at the Heart Flower Power set-up. Recognition goes to Shannon Willis for the light projections; thanks to her, I.V.’s Perfect Park was charmed with indigo and violet trees and multi-colored shrubs.

The last act was Yancellor Chang. At 11 p.m., lead vocalist Patrick Therrien introduced his fellow band members: guitarist Brad Katz, bassist Sam Goff and drummer Gad Girling. Describing their genre as “Simple Music for the People,” Yancellor Chang had everyone on their feet until the end of the night. As the band played originals “Sand Castles,” “Locus” and “Fences,” audience members went from free-spiritedly spinning around to moshing when the rhythm intensified.

To the fella in the Santa Cruz windbreaker, your simple two-step was appreciated. To the group of girlfriends who aimlessly spun into oblivion, your hair was sharp when it whipped people’s faces, but it’s all good. And, to the pumped-up fans who carried Therrien as he surfed the crowd, he thanks you. “Trust fall with an entire audience? F*ck yeah, you guys are the best!” the vocalist shouted.

From laughing with guilt at Waddell’s slip on the grass, to swaying to Watt, Ferrara and Cherland’s soothing melodies, to getting caught up in a reckless mosh pit, much thanks go out to Associated Students’ IVCRC for hosting yet another unforgettable First Friday night in our spring-bound college town, Isla Vista. 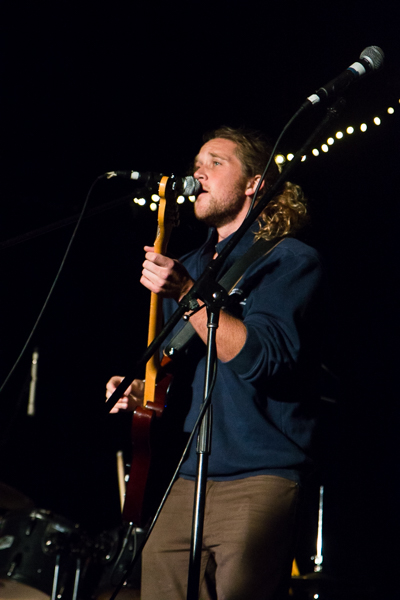 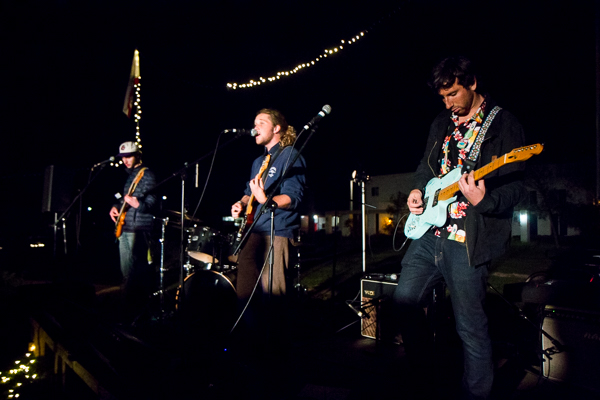 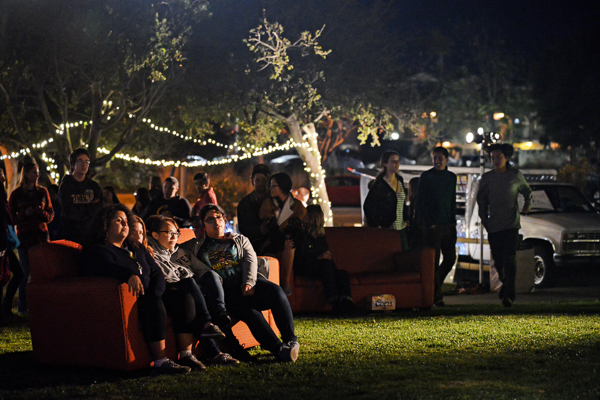