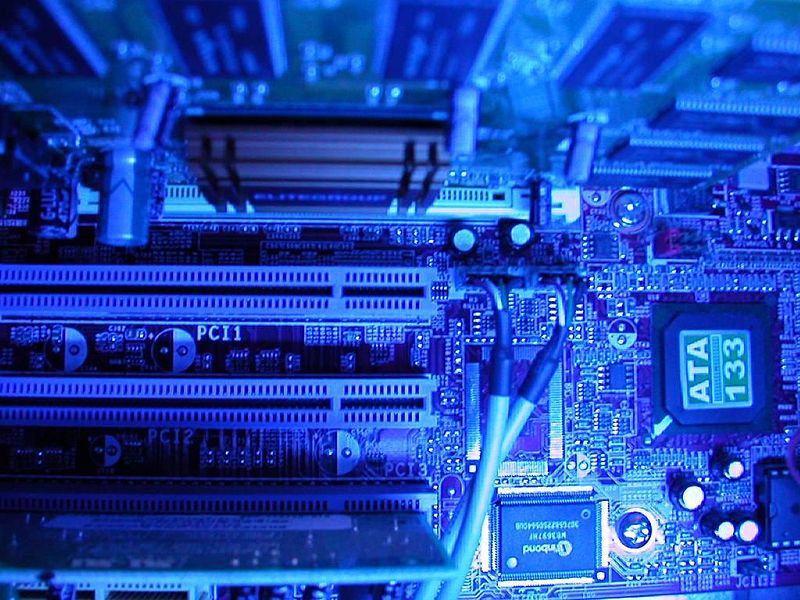 On Thursday, before all the llama drama and the white-and-gold or blue-and-black dress mess (anybody else see light blue and brown?), the FCC adopted new rules in favor of net neutrality by a 3-2 vote.

You’ve probably heard of this thing, this net neutrality — a war not-so-silently being raged since way before that John Oliver thing. It’s a big controversial issue about how the Internet should be regulated with far-reaching consequences on either side of the debate. It’s sufficiently complicated with lots of different arguments for and against it. It’s one of those things where, if you think you know the issue pretty well, there’s probably more to it than you might realize.

That said … if you’ve ever wondered what the debate is all about, this is a good start:

Net neutrality is the idea that ­ISPs, or Internet Service Providers, like Cox and Verizon in our area, should treat all data equally. The supporters of this idea call for a “free and open” Internet for everyone.

I like to look at pro-net neutrality arguments on two major ends (though there are many others): the content consumer side — anybody who uses the Internet and wants to watch, listen or play — and the content creator side, people who are making or delivering the media that the consumers want.

On the content consumer side of net neutrality, that means that certain services or websites should not be blocked or limited in any way. The fear is that ISPs can begin to dictate what you can or can’t see on the Internet, or that they’ll start setting up tiered and gated Internet experiences — want YouTube on your Internet plan? They’ll unblock it for you, but it’ll be $9.99 more on top of your original service plan a month like a locked channel for cable TV. That’s a big fear by proponents.

On the content creator side of net neutrality, it means that no content should get preferential treatment in the way of a faster connection than any other data. A big belief by proponents is that the Internet has promoted innovation because the barrier of entry is low, allowing for a modest startup to challenge a powerful corporate entity. This is exactly why big media corporations like CBS or Disney couldn’t just beat out YouTube or Netflix when they were first starting by pouring huge amounts of money to ISPs to get faster connection speeds.

The Internet has been, for the most part, an even playing field for everyone. The fear is that ISPs will start to charge websites and services for decent speeds, which only big companies will be able to afford, leaving startup websites to deal with subpar connection speeds and an impatient and fickle userbase — basically everything that’s wrong with the uphill fight by small groups against big corporations in old media now.

Comcast had forced Netflix to pay because of its heavy bandwidth usage — up to 35 percent of all downstream Internet traffic. Netflix had become the first case of paying ISPs for priority access, potentially setting a bad precedent for this to be the norm.

Of course, you were probably just happy that your Netflix buffered faster.

An argument against net neutrality is that most customers will end up paying more than they have to — and end up paying for all the high data users. Most Internet users are not high bandwidth users, and they argue that they will end up covering the cost for a service they are not fully using.

Another argument against is that regulation of the Internet, especially by the government, will bog down what made it so unique in the first place. They argue that under the control of the U.S. government — the slow and bureaucratic entity it was meant to be — creativity and innovation will be spoiled. The Internet is a medium we rely on being ever shifting (despite the cry of bloody murder that occurs every time YouTube or Facebook changes their layouts). It can be likened to the relatively slow progress of NASA; government control just doesn’t work sometimes.

But what really matters: Was what happened on Thursday good or bad for us and the Internet?

I’ll go ahead and say I’m a supporter of net neutrality. I think the preservation of the even playing field that the Internet has proven itself to be is what led to, and will continue to define, its greatest success. Ultimately to keep it like this, some regulation eventually needs to be in place.

However, what happened on Thursday was not all great.

The three points they stress in their plan is preventing the blocking of specific websites, prohibiting throttling by ISPs and not allowing paid prioritizations, or fast lanes. These are all well and good — I don’t think most people would dispute these. It’s specifically the classifying the Internet as a Title II service, a public utility akin to electricity or gas, that has most up in arms, and others, like me, worried.

You hear (and see, gesticulating emphatically) FCC Chairman Tom Wheeler saying that “no one, whether government or corporate, should control free and open access to the Internet.” But when you classify Internet as a public utility, there’s a certain level of control that the government then has over the Internet. Control over how it should be regulated, opening the floodgates to very ill-informed decisions — especially by lawmakers who, quite frankly, aren’t the most tech-minded individuals.

It’s important to note why this classification was used. The FCC has tried in the past to put regulations supporting a lot of these points before. Every time, however, the ISPs would challenge the new rules in court and inevitably win on the basis that the government had no control over the Internet — they weren’t previously denoted as common carriers. So, in effect, Title II provides strong legal basis for the actions they actually want to enact.

But we often forget that one of the most important driving factors of innovation is competition. Instead of giving the government more direct control over the Internet and how we use it, leave it up to consumers to decide which ISP they want. And the two-fold way to achieve that is to break up the giant ISP corporations and to allow smaller ISPs to challenge their hold on the market by allowing local loop unbundling.

Back in the 1980s, AT&T and the Bell System were broken up after an antitrust case. The breakup of the monopoly led to a surge in growth of other telecommunication companies. However, since then all the Baby Bells — the seven independent companies that the break up created from the original AT&T — slowly began to grow again by consolidating with each other, growing into massive telecommunications and ISP corporations once again, and decreased competition within the industry.

The lack of competition now in the market for service providers is what is stifling faster speeds in the country, proving the often-quoted statistics of our nation’s low internet speed to high prices as compared to other countries in Europe and Asia. It’s clearly not a lack of physical or technological capability — that much is evident when, after Google Fiber is announced in a new city, these ISPs scramble to upgrade their networks and, in the end, match those same gigabit speeds. You can look at Comcast’s reported $18 billion in operated cash flow for the year of 2014 — and only $6 billion of that went back to improving their actual network.

It’s also the lack of competition that prevents a customer from voting with their feet — that is to say, there is alternative to switch to if the service provider chooses to throttle their speeds or block specific websites. With more ISPs, the companies are obligated to follow the framework for a free and open Internet — as long as that’s what the users want. In this case, regulation isn’t needed; the desires of the customers are what will promote the same net neutrality ideals.

But to bridge this gap, some regulation must be put into place; specifically, local loop unbundling. Right now, the cable companies own the physical infrastructure of providing Internet to all of its customers. To compete with them requires a serious investment to build up a whole new set of pipes. It’s why we don’t just see new ISPs offering more competitive prices — it costs too much to even enter into the market. Local loop unbundling looks to solve that problem by forcing ISPs to let other providers, probably smaller ones, use those same pipes that already exist. Of course, cable companies are opposed to all of this. But if we want more competition and less regulation, this is absolutely necessary.

As for now, the new rules by the FCC will probably be challenged in court by the major cable companies for months, potentially years, to come. If anything, it’s certain that a fight over net neutrality still isn’t over.

Chris Chen thinks no one (hu)man should have all that power … to control access to the internet, that is.