The Daily Nexus
Tennis
Gauchos Set for Three-Match Road Trip
March 5, 2015 at 5:00 am by Evander Hilton 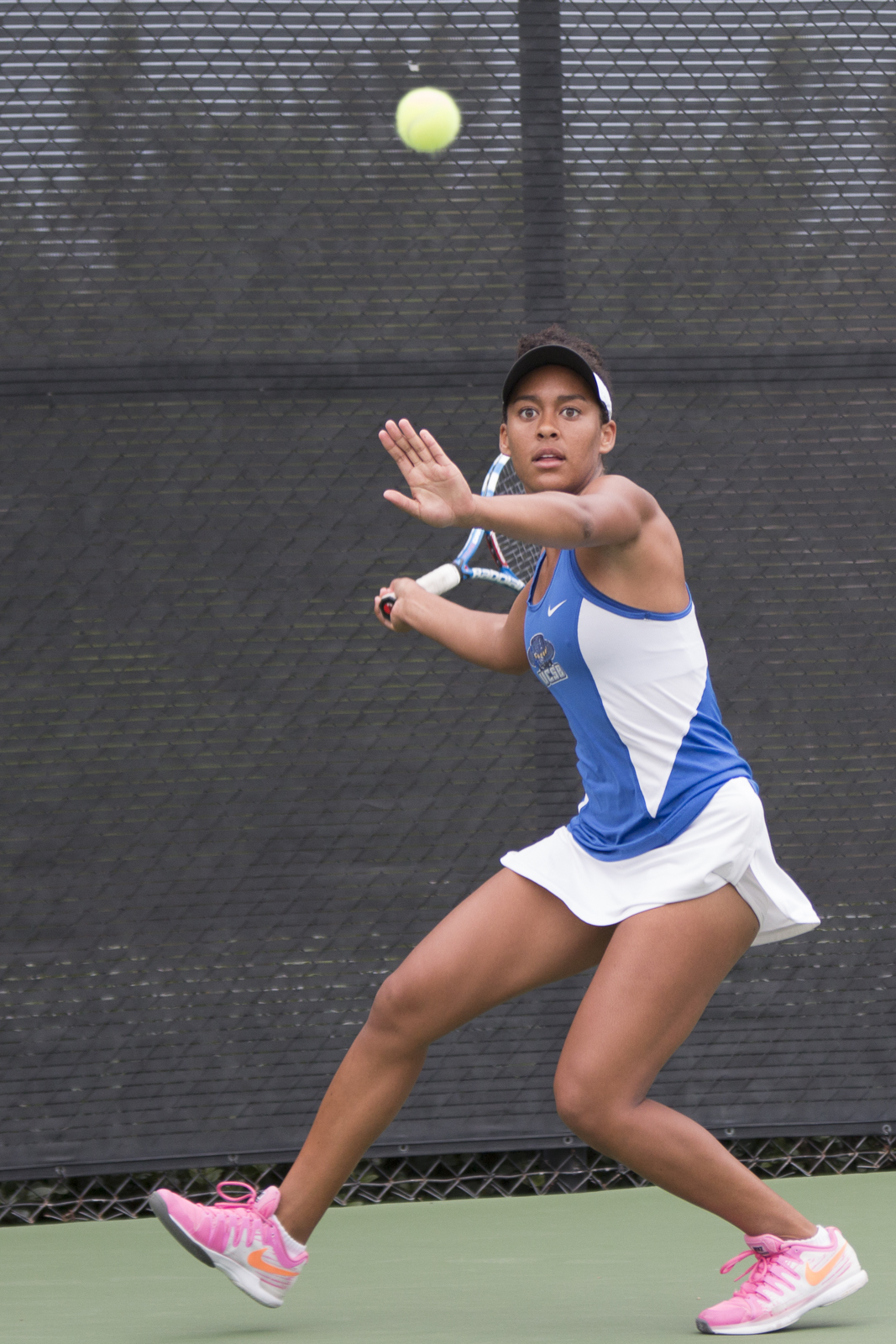 April Scatliffe is about to hit a forehand. Stephen Manga/Daily Nexus

The UCSB women’s tennis team will hit the road to take on Fresno state today at 5 p.m.

The Gauchos enter today’s match with a 5-4 record after winning their last two matches.

Santa Barbara recently broke into the national rankings, coming in at No. 64, one place under Saint Mary’s College, the first time Gauchos have reached national rankings since 2013. Freshman star Lou Adler will be retaining her national ranking at No. 93 as well, despite her injury.

“Fresno is a ranked team as well, though, so that is why we have some extra incentive to beat them, to move up in the rankings.” senior Stacy Yam said.

Head Coach Simon Thibodeau started out at Fresno State as a tennis coach before coming to UCSB to take over as the women’s tennis coach. This Thursday, he will be reunited with his old program.

“Yes, it would be nice to beat Coach Thibodeau’s old team,” sophomore Jaimee Gilbertson said. “But at the same time, our main focus is to just treat it like any other match and continue developing.”

Fresno State is coming off of a two-match winning streak, with the most recent win being an upset against No. 44 Colorado. UCSB will also travel to Sacramento State on Saturday, completing the road trip on Sunday facing off against UC Davis.

“It’s going to be a long weekend ahead of us,” Yam said. “So we just want to stay focused, well rested and ready to fight.”

Sacramento is coming off of a 7-0 loss against Saint Mary’s. UC Davis most recently beat UC Riverside 6-1 at home and will face off against Cal Poly before playing Santa Barbara in Davis on Sunday.

“The match against Fresno this week will be certainly tough, but no different from any other team we’ve played this year,” Gilbertson said.
UCSB play Fresno at 5 p.m. today in Fresno.