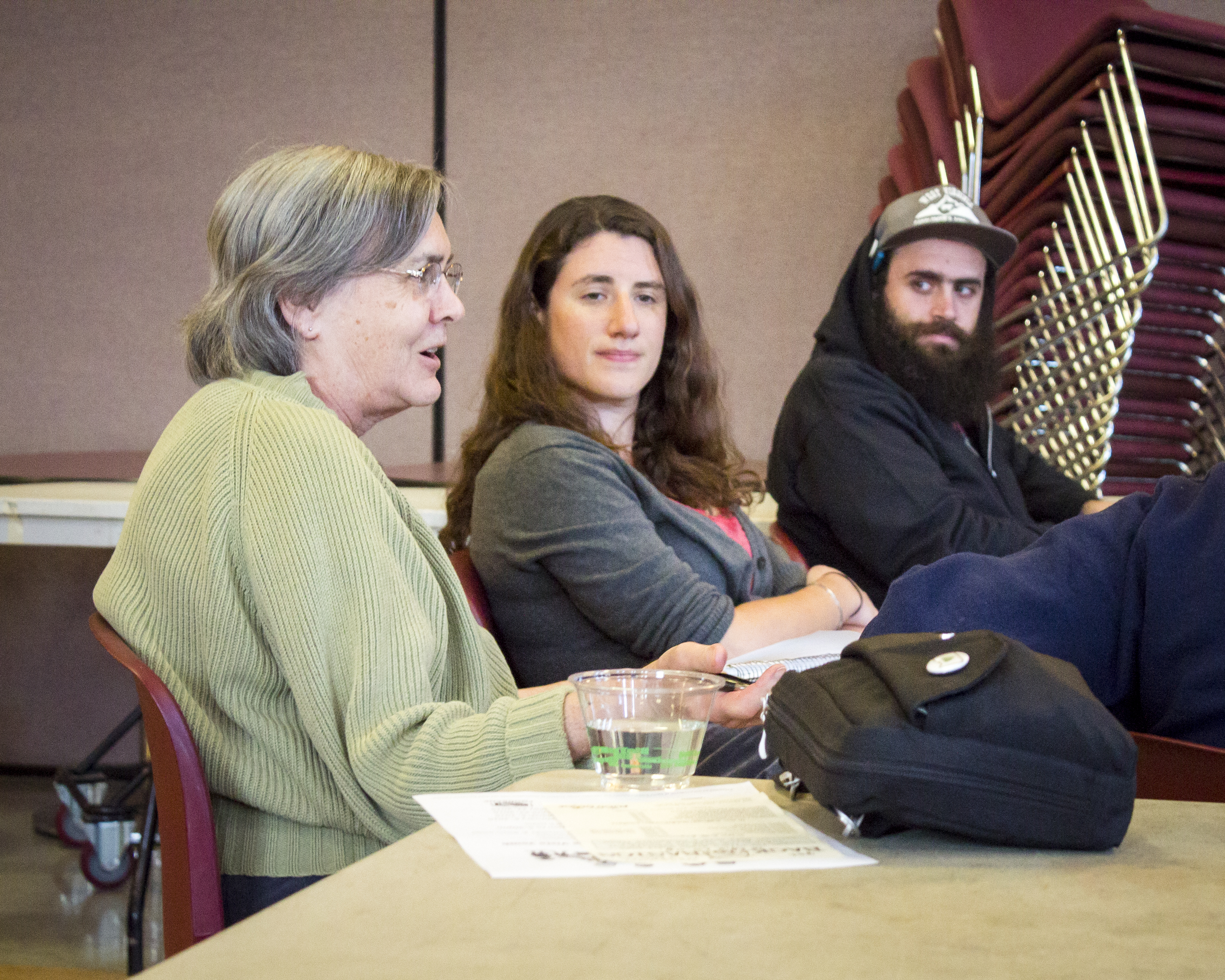 During the forum attendees explored student inaccessibility to healthy food, the lack of local governance surrounding healthy eating practices, the increasing costs of education and its impact on student health and the financial issues that accompany eating out versus grocery shopping. The idea for the forum was born from collaboration between the A.S. Food Bank Committee and UC President Janet Napolitano’s UC Global Food Initiative, which aims to establish food security around the world.

“Our hope is to continue the conversation surrounding food justice and food security that grew out of the California Higher Education Food Summit, but to bring the discussion back to a more local level that students and I.V. community members can really relate to and be a part of,” Freeze said in an email.

Freeze said goals for the forum include bringing students, I.V. residents and local organizations together to come up with solutions for the various food security issues that surround students on campus and in I.V.

“Through the forum, we are hoping to create and implement feasible methods for ensuring that all I.V. residents have access to safe, nutritious, and affordable food in the future,” Freeze said in an email. “The more voices we can involve, the more successful we will be in achieving this goal.”

According to Freeze, food inaccessibility is a problem of increasing severity, with the A.S. Food Bank servicing over 4,000 individuals since opening in 2011.

“We feel it’s really important for students to be involved in the forum because food insecurity remains largely unacknowledged in our community,” Freeze said in an email. “It is a major problem that is continuing to grow, especially among students.”

UCSB Sustainability Coordinator Katie Maynard said input from the campus community is an important aspect of these forums when discussing methods to improve health and food security on campus and in I.V.

“We wanted to get feedback from students, staff, and faculty across campus on what we should include in our goals moving forward,” Maynard said in an email. “As a result we will be hosting a series of public forums this quarter and next.”

General Manager of the Isla Vista Food Co-op Melissa Cohen said the purpose of the forums is to begin uniting various food-centered dialogue  occurring in the I.V. community, including work done by the A.S. Food Bank and in light of the UC Global Food Initiative.

“The goal is to start to thread together a lot of different conversations that are happening to create one cohesive dialogue and to then be utilized in future conversations,” Cohen said. “The Food Forum will show that there’s a unified dialogue happening between everyone who’s in an invested organization in this conversation.”

Cohen said the I.V. Food Co-op is a major partner of the A.S. Food Bank and works closely with them on issues surrounding “the food movement” in I.V.
“The goal is to make sure that everyone who needs to be in this dialogue and who is affected by either food insecurity or are affected by being a part of an organization that has the resources to address that … are talking to each other,” Cohen said.

Santa Barbara resident Diane Fox, who ran a food co-op 30 years ago in New Haven, Connecticut, said the forum brought back memories of the struggles she and community members faced in terms of food security and affordability in her own community.

“This is sort of nostalgic for me because I ran a food co-op, so I’m interested in the issues that people are struggling with because I remember those issues,” Fox said. “I love the energy that people are bringing. It’s made me want to come visit the co-op here.”

A.S. Environmental Affairs Board member and second year psychology major Yanira Flores said the I.V. Food Forum is a great way to create a dialogue between students and organizations to figure out how to better serve the I.V. community.

“I think it’s a really good resource to have because it’s a very good way to start a conversation that’s been pending for a very long time,” Flores said.

“Although the Environmental Board is mainly environmental, it has to do with every aspect of environmentalism which includes food security and food justice. It’s all incorporated and inter-connected.”

Flores also said the most important issue I.V. and the university need to work on is educating both students and citizens on food resources available to them.

“It sounds like a few of the things people were saying they needed are already in place but they just weren’t aware that it was,” Flores said. “So I think information, education and more communication between businesses, between students and between Isla Vista itself [is important].”

A version of this story appeared on page 6 of the Thursday, March 5, 2015 print issue of the Daily Nexus.