The Daily Nexus
Opinion
UCSB Inferiority
March 4, 2015 at 5:00 am by Sabrina Hodjati 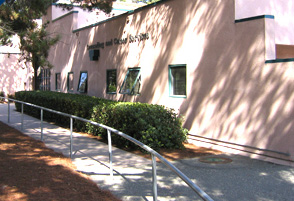 To me, UCSB always presented an odd dichotomy. For years I completely disregarded and undermined the school, regarding it as a “bad UC,” a “backup school” and the party school that the Princeton Review so fervently and persistently asserts it to be. At the same time, however, its achievements and rankings countered its less-than-perfect reputation. When selecting colleges to apply to I largely imitated the decisions of my AP classmates, selecting prestigious universities with soul-crushingly low acceptance rates and a few “safety schools” with slightly less soul-crushing statistics.

Among my peers, talk revolved around who got into Cal, Columbia and Stanford — there was significantly less excitement about one’s admittance to the “middle-tier” UCs (whatever that means) or other exceptional institutions. When the reality of acceptances, rejections, financial aid, etc. hit me and I realized that UCSB would likely be my new home, I fell into a bit of a shock. I’d expected to join the ranks of my Ivy bound classmates because, after all, I’d taken the same courses, done well in the same extracurriculars, etc. It didn’t help that announcing my decision to attend UCSB was often followed by an “oh, well it’s beautiful over there!”, “WOOH PARTY!!”, and even “don’t worry, my ex went there and she did just fine.” There were completely unwarranted grimaces, judgments about why I didn’t attend my other more expensive and “elite” option instead and presumptions made about my character and intelligence that left me feeling shameful and confused.

I internalized these feelings of inferiority even while being able to list tons of brilliant UCSB students, the impressive and consistently rising rankings and its countless esteemed and competitive programs. I understood logically the quality and prestige of the school, yet could not come to terms with this sense of failure. In an admittedly immature cry for validation and acceptance, I wanted to receive a “wow!” or “you have to be so smart to get in there!” like I observed my peers receive. As do many high school students, I’d equated self-worth, future success and intelligence with prestige of college — consequently rendering myself vulnerable to the judgments of some of my peers, but mostly nosy suburban mothers with nothing to do. If there is anyone who should never determine your happiness and sense of self-respect, it is a suburban PTA mother with nothing to do.

On my first day here I met someone who had gotten into the same “more elite” school I had and had obviously made the same decision I had made to not attend. Then I met my roommate who had made a very similar decision. Then I met another. And another. And at this point, I’ve met probably 10 to 15 freshmen who chose UCSB over a school perceived to be more impressive or elite. And among these people, I’ve met many who shared my initial dismay. What I suppose is the cause of this problem, besides the separate problem of equating prestige of school and student’s intelligence, is that the intelligence differential between a student at UCSB and a student at a more gawked-at school is very slim, but the difference in reputation seems to be disproportionately huge. In fact, the difference between a student who attends one good school over another is often so slim, and determined so subjectively, that it is absolutely ridiculous that any assumptions are made about anyone based mainly off the school they attend.

I’d like to think we all know this by now, but in case you haven’t quite had this epiphany, here’s an example. One of my closest friends attends a Cal State school. One would not suspect that she has actually read nearly every word of Dante, has practically memorized Brave New World and recites Faulkner in her sleep. Her affinity for all things literature and philosophy surpass that of many students at more “elite universities,” yet her relative apathy towards high school and lack of interest in math and science did not make her a competitive applicant to many prestigious colleges. On the other hand, my neighbor at Cornell mastered the art of standardized testing and high school achievement, but did not display as fervent a passion for academics as my friend. These are, of course, individual stories not meant to discount the intelligence of anyone at an elite institution, but merely meant to counter the notion that prestige of school and intelligence always coincide.

There are countless individual circumstances that dictate one’s choice of college, and while ability to perform well in school is certainly one of them, things like finances, family, health concerns and more are often big players in the game. It took me a few weeks into the quarter to come to terms with my new status as a Gaucho, and I’ve since grown proud to bear the name.

I never felt I would come to terms with being a Gaucho. I thought for an embarrassingly long time that if I did not attend a “brand-name” school I would never receive respect in the future and would be forever regarded as an average party-going slacker. While my eventual acceptance of this college is slightly aided by my newfound knowledge that UCSB is, in fact, quite prestigious, I’d like to think that I could’ve attended the lowest ranking university in the country and still maintained that I am intelligent and deserving of respect. No matter what the PTA mom had to say.