The Daily Nexus
Sports
UCSB Hands Trojans First Loss of the Season
March 4, 2015 at 5:09 am by Sarah Stigers 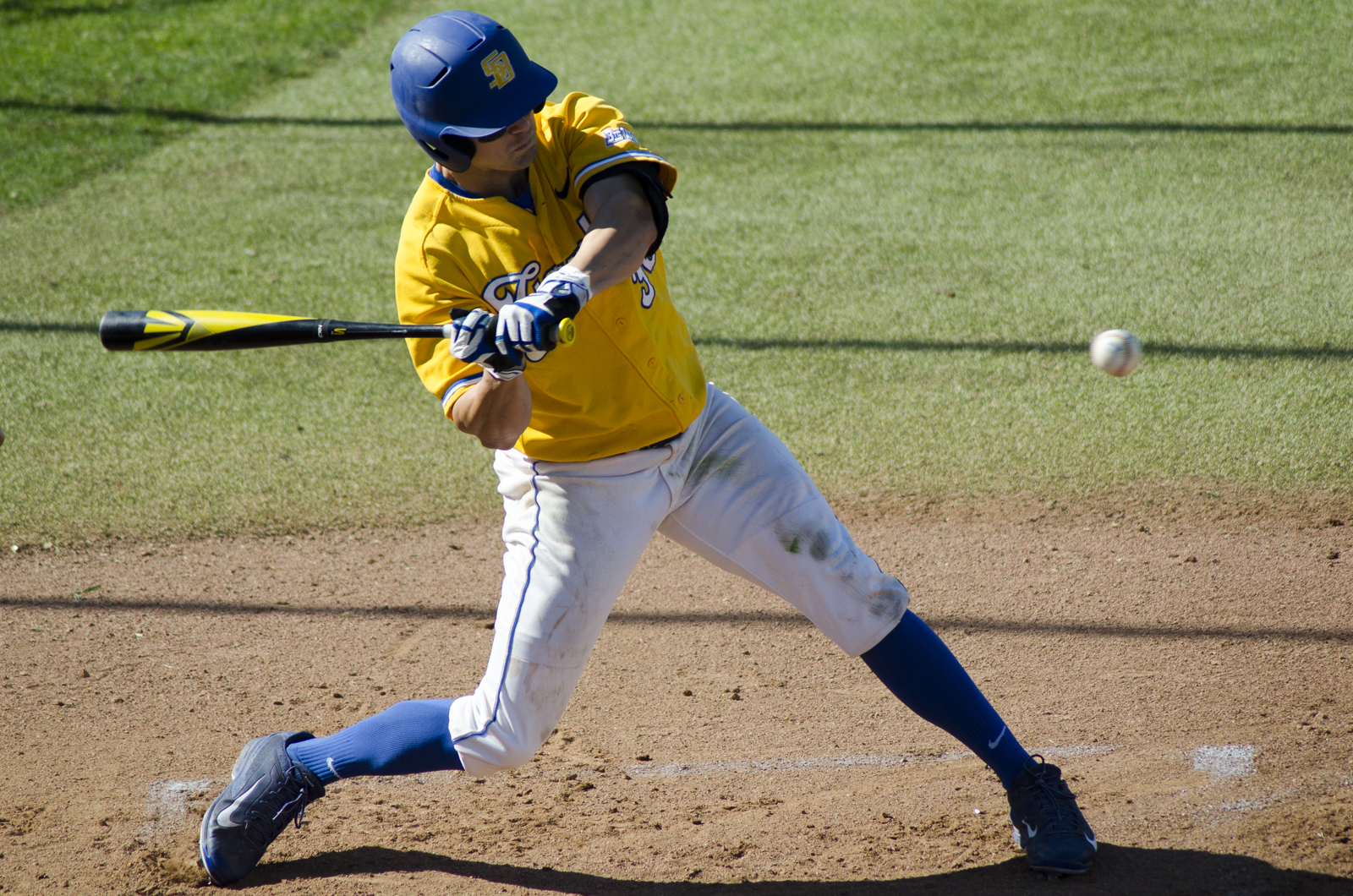 The UCSB baseball team pulled off a comeback, 3-2 walk-off win over previously undefeated USC yesterday in the single-match face-off at Caesar Uyesaka Stadium.

The Gauchos handed the first loss of the season for the Trojans, as the leading Pac 12 team now goes 12-1 into this weekend. UCSB now enters this weekend’s away series against Sacramento State with a 9-3 overall record. The Gauchos are also now tied for second place in the Big West with Long Beach State.

“We knew we could [beat] them,” junior first baseman Robby Nesovic said. “We are both in the rankings and we know that we are good too.”

UCSB started the bottom of the ninth inning tied 2-2 with the Trojans. Nesovic singled for what would be the scoring run as he was subbed out for a pinch runner.

A USC throwing error on a bunt put two Gaucho runners on the base path at first and second. Another sacrifice bunt laid down by senior catcher Campbell Wear advanced runners to second and third. An intentional walk on senior third baseman Peter Maris then loaded the bases.

A Gaucho strike-out put two outs on the scoreboard as junior first baseman Dalton Kelly took the batters box as a pinch hitter to score the runner on third in a walk-off RBI.

“It helped us out that they didn’t play catch and get that out,” Head Coach Andrew Checketts said. “Campbell was able to get that bunt down the second time, and it was really Dalton and Fredrick coming off the bench for the pinch hits. Billy’s nickname is ‘Big Time Billy,’ because last year he earned that nickname from his clutch performances off the bench.”

Nesovic went 3 for 4 in yesterday’s game, and accounted for two of the three Gaucho runs – his pinch runner accounting for the third. Sophomore infielder Billy Fredrick stepped up to pinch hit and bat in the tying run in the bottom of the seventh off a single to right center.

“I’ve been seeing the ball well and my teammates have been putting me in good positions and getting on base a lot too,” Nesovic said.

On the mound, UCSB’s junior left-handed pitcher Domenic Mazza pitched for 7.2 innings in his longest start of the season so far. He held the Trojans to only two runs in five hits and threw nine strikeouts advancing to a 1.56 earned run average.

“This was a good bounce back effort for [Mazza]. He did a nice job of establishing strike one, and getting ahead of the count,” Checketts said. “He did well after giving up that first inning run, and shutting it down for the rest.”

Mazza turned over the ball to junior righty reliever James Carter in the eighth for his first win of the season. Carter threw 18 pitches in his 1.1 inning appearance allowing one hit and recording two strikeouts.

“I just wanted to pound Campbell’s glove,” Mazza said. “He called the game today instead of Checketts. He had done that with me all summer and we have a good connection when I’m out there.”

Four pitchers made an appearance for the Trojans on the other hand. The starter, junior Tyler Gilbert, pitched through six, striking out 11 and allowing one run in three hits. Junior Marc Huberman was recorded as the losing pitcher.

After yesterday’s game, the Gauchos are scheduled to play the next two weekends on the road, the first against Sacramento and the second against Wichita State. UCSB will not return home for a home series until Friday, March 20.