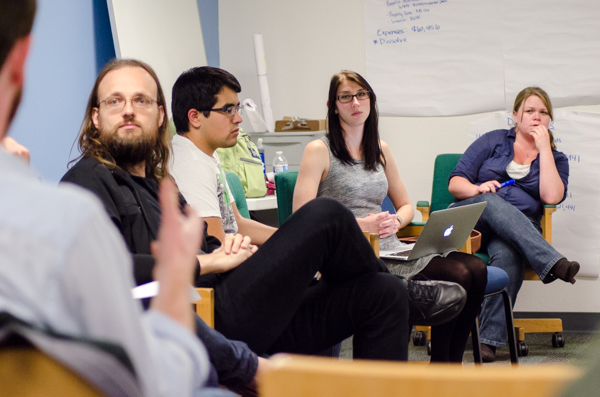 The meeting continued the discussion on Williams’s I.V. self-governance bill AB 3, introduced in December to establish a Community Service District (CSD) in I.V. to potentially allow the levying of taxes to provide residents improved local services and infrastructure. This week, stakeholders discussed the details of possible taxes, including a User Utility Tax (UUT) that taxes residents a percentage of their utility bills, and the borders of I.V., specifically regarding whether students living in university-owned housing should be integrated into self-governance plans and be taxed accordingly.

Community organizer with Williams’ office Darcel Elliott said after researching Santa Barbara’s use of UUT’s, she found cell phones would be an effective utility to tax in the I.V. CSD.

“I got the detailed numbers of how much they [Santa Barbara] get for each utility,” Elliott said. “By far their biggest one is cellphones, it’s over a million dollars [in tax revenue per year].”

Alumni Affairs Office Assistant Vice Chancellor George Thurlow said including cell phones in an I.V. UUT would prove ineffective because most students’ cell phones are not registered at their I.V. residence address.

“The little bit of research that’s been done in Isla Vista shows most of the cell phones in Isla Vista are paid for at an addresses outside of Isla Vista,” Thurlow said. “You should look at cellular income with skepticism that it would be anywhere near that much. Most students have cell phones as part of their parents’ plan.” 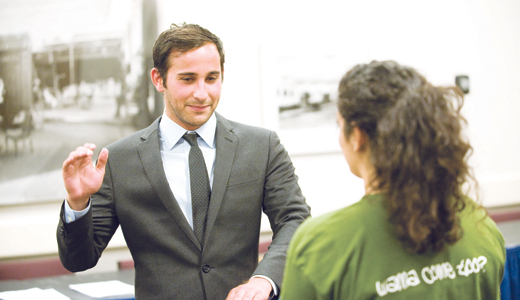 Santa Barbara City College (SBCC) trustee and UCSB alumnus Jonathan Abboud said CSD’s cannot have taxes that are unaffiliated to specific projects or services, but it is unclear whether one tax could support multiple services in an I.V. CSD.

“If there is a tax then it needs to be for a specific purpose and there’s no legal definition for specific purpose, for most CSD’s they have interpreted that as one service,” Abboud said. “I’ve been calling around different CSD’s around the state to see if anyone has a tax for more than one [service] but I haven’t found one yet.”

Longtime I.V. resident Pegeen Soutar said she is uncomfortable giving freshmen the power to vote within the proposed CSD and would like to include the more permanent faculty housing community.

“I have a concern about freshmen who are just coming in, having never had any experience with this community, voting on things,” Soutar said. “If there was any group on campus that I would want to include it would be the faculty housing because I feel like the faculty housing has more interaction [with Isla Vista] and they’ve been around a long time.”

I.V. business owner, UCSB alumnus and community organizer Jay Freeman also said he does not want residents on university property included in I.V. self-governance because it can be difficult to enforce local policies on a state-owned campus and the university has been reluctant to associate with I.V.

“Even if we claim it’s in the boundaries, it isn’t really in the boundaries because we don’t have the same power over it as all the rest of the land,” Freeman said. “UCSB even treats themselves separately, they try to solve problems in I.V. by putting on events on campus and separating them.”

“If we’re talking about transiency and people not getting involved early enough and not wanting to get involved, barring their ability to vote or make any decisions is probably going to guarantee that they never get involved,” Schunk said. “I would only agree to this on the condition that UCSB agrees to pay taxes for those residences.”

IVRPD General Manager Rodney Gould said the decision to include on-campus resident students’ voices in I.V. government should depend on whether or not the university is willing to pay residency taxes at the same rate as I.V. residents.

“I think what it really comes down to for me, is if they’re paying taxes at the same rate everyone else is, then I’m ok with them having a vote,” Gould said. “But I don’t see that happening; I don’t see the university allowing us to tax the on-campus dorms with the utility user’s tax or a bedroom tax, whatever it is at the same rate as Isla Vista.”

Williams will be hosting a town hall meeting on Saturday at St. Michael’s University Church to discuss with Isla Vista residents how set up a governing board for an I.V. CSD.