The Daily Nexus
Fine Arts
The Vaginas are Coming: Vagina Monologues and HerStories to Hit Campus
March 3, 2015 at 5:41 pm by Sammy Gerraty 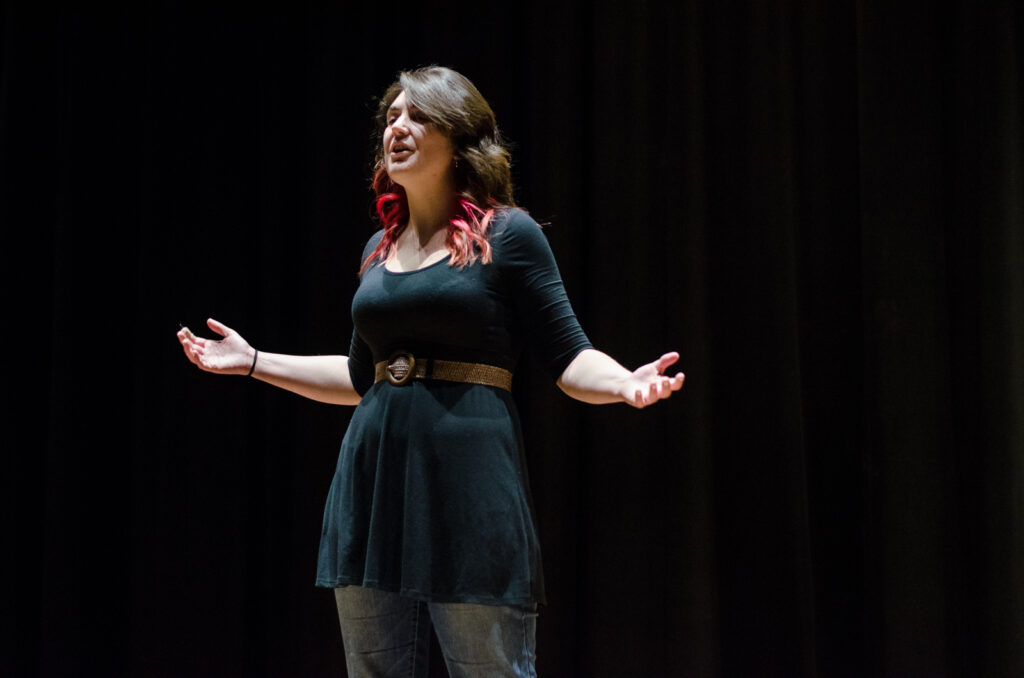 From an impressive number of synonyms to a Bermuda Triangle analogy, UCSB’s “The Vagina Monologues and Herstories 2015” covers the vagina in no uncertain terms. Whether you’ve wondered what The Talk was like for other women or exactly what kind of moaner you are, this performance is the place to go this weekend.

In the course of two hours, the female persona is embodied in everything from formal gowns to corsets to adorable hair bows, with each woman passionately ready to explore what it means to have a vagina. The Vagina Monologues began as the original work of Eve Ensler in 1996, but has garnered attention on college campuses nationwide. The script gives voice to females from 6 to 72 years old, and covers experiences of womanhood in between.

Talking about vaginas isn’t easy. Many of the monologues discuss ways in which vaginas have been abused. Though interspersed with more lighthearted matters, such as poop jokes or teddy bears, the monologues show that the history of vaginas has not been a pretty one. Out of concern for the well-being of their audience, directors Kirsten Nygaard and Becca Gilbert made sure that trigger warnings are outlined in the program. Additionally, the Women’s Center staff will be at the event for any audience member who needs extra attention. Attending this performance is meant to be both a powerful and safe experience for all.

“The heart is capable of sacrifice. So is the vagina,” fourth-year film & media studies major Josephine Amos performed. Her monologue about birth communicated both the power and frailty of the vagina. With near-horror in her face, she described the ugly, blood-filled trials the vagina undergoes to bring life. But in the end, Amos paused in wonder at this beautiful power of the female body which bleeds life into this beautiful world.

Second-year feminist studies and theatre double major Alessandra Albanese makes her UCSB acting debut in this performance with her original Herstory, “Warrior.” Albanese drew inspiration for her monologue — a message to a potential daughter — from the pervasive loneliness she perceives as a symptom of feeling unloved.

“I would want [my child] to know without a doubt that there is at least one person who cares about them more than any other person in the world. I don’t think that’s a message that is limited to kids, though, and so I’m trying to share this message with anyone who wants to listen,” Albanese said.

Herstories are original monologues written by UCSB’s student body that give Ensler’s wide-reaching stories a personalized edge. The combination of the two story sets makes the female voice particularly relevant to the Isla Vista and UCSB communities.

As a whole, the performance is at times jarring. It is more forward and blunt about the reality of the female sex organ than most are used to. But that’s sort of the point. “

The Vagina Monologues was originally written as a response to a widespread cultural silence on women’s vaginas,” Albanese said. That cultural silence persists today, and without such a forward response, the silence will continue.

“The Vagina Monologues and Herstories” performs on Friday Feb. 27 at 8 p.m., and on Saturday Feb. 28 at both 2 p.m. and 8 p.m. in Campbell Hall. Tickets are $10, with all proceeds going to the Santa Barbara Rape Crisis Center and One Billion Rising. Tickets can be purchased from cast members (TIP: search for a vagina costume in the Arbor), the A.S. ticket office and at the door.