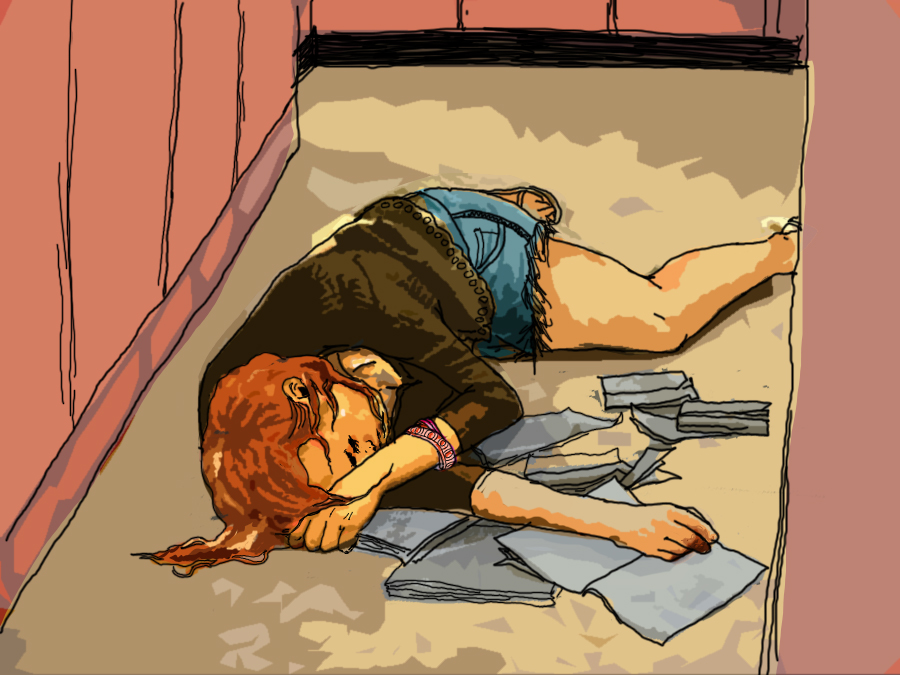 Many people are told when they are young to follow their wildest dreams and that aspirations may become concrete with hard work and dedication. But the reality of it is that for most societies, exercising an inexhaustible imagination and child-like wonder is only welcomed in adolescence. Once an individual reaches an age by which they are considered an adult, they must put aside what is viewed as childish; practicalities must be factored into every decision, legitimacy must be present at every juncture of their life. Thoseentering adulthood must be levelheaded, responsible, methodical and predictable. Minimal risk is encouraged. Even considerably open parents, urged by their parents, their peers and their children’s peers, seek out comfort, sustainability and certainty in their children. The downplay or even the omission of one’s hobbies when considering career options has become accepted and often times expected thanks to the subtle sanctioning of most people in society.

A lot of young people are ashamed to have an irresolute or inexact plan for the future even though the decisions made therein will have a tremendous impact on the rest of their lives.

A vast majority of the time, people ultimately choose a career path that is dependable and conservative, whether they possess a genuine interest in it or not. Much of what is widely accepted focuses primarily, or solely, on foresight. Rather than enjoying themselves, college students today are primarily encouraged to plan with such assiduousness and in such a meticulous way that the discovery of a new hobby or potential career option is rarely explored intensely enough to be cultivated into anything more than that. A certain amount of respect is dealt to a young person who possesses an extensive and comprehensive strategy to make it to a specific station in their life, and little is given to those with a less tenacious path or prospective destination. People who have only become considered adults in the most recent years of their lives are being asked to choose what they will do to make a living until they are physically unable to work anymore, and yet their uncertainty or hesitance at this task is predominantly viewed as means to label them asfickle, ambivalent and erratic.

So much significance lies on plotting out one’s distant future and in many cases this immense pressure is debilitating to the contentment and delectation of the present. A lot of young people are ashamed to have an irresolute or inexact plan for the future even though the decisions made therein will have a tremendous impact on the rest of their lives. Satisfying or appeasing one’s teachers, parents and other family members is such a priority that by the time most people reach adulthood, they are very unsure of where their talents and true interests even exist within their life. If they are fortunate enough to have procured their own knack, pursuing an education for the purpose of mastering this ability is almost always frowned upon and deemed impractical. It is finally time to adopt an ideology so central to the morals of many, yet in its risk and precariousness so contrary to standard practice that it could help to implement a generation of young people engrossed in careers that they are truly fervent about and captivated by. We must all aspire to do what we love and appreciate in order to find solace and geniality inour lives.

When it all boils down and all of the nonsense falls away, most every person on this earth wants one simple thing: to be happy in his or her own way. As anyone attempting to achieve this goal quickly discovers, this is inexplicably easier to imagine than to actualize or make tangible. Humanity is such a complex machine, of which each person is such a remarkably unique component, that finding ease in one’s own niche can seem nearly impossible given the mounting burden to prevail in the eyes of others. Personal success is an especially vital factor in attaining happiness. A success that is personal to an individual is one that is well rooted and intimately connected to what they truly love. To be concise, one of the most pertinent variables of happiness is one’s ability to do what they love. If they possess the courage and the ardor to venture to free themselves from the traditions of countless people who abhor their profession, they will be able to do what they love for the rest of their life.

Shelby Rodgers is going to be a Netflix-watcher because that’s what she loves and damn the haters.