The Daily Nexus
Sports Blogs
NBA Fantasy: The Clock is Ticking
March 3, 2015 at 5:05 am by Daniel Moebus-Bowles 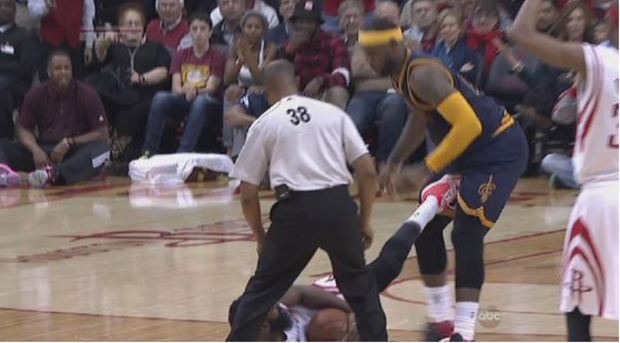 The clock continues to tick down to our ever so close finale in fantasy basketball. Although there’s lots of time for your favorite NBA team to progress and make a push for playoffs, your fantasy team is now in a make or break situation.

If you’re at the bottom of the food chain then I am very sorry that my advice was not enough to lift you above your opponents, but I can’t say that I’m apathetic because I’ve got two sets of playoffs in my near future. For those of you who will be joining me, congratulations! For those of you who are on the brink, lets make sure you’re still visiting this page in a few weeks.

I wanted to quickly talk about the political and bureaucratic side of this fantasy stuff before I jump into the player parts. Trades being made at this time can be very beneficial to a team and very detrimental to a league. When the idea of collusion starts to come to your league, it could be a smart idea to deal with it immediately.

What I am blabbing about essentially is the idea of a team which cannot make the playoffs, making a trade to assist a team who will make the playoffs. If you are in last place and have Lebron James, do the league a favor and keep The King on your roster. The minute that you trade him away for a much lesser player or party, then you are really just fixing the league and throwing away everyone’s hard work.

You know that you can’t help yourself, so why affect others by making one person’s team unbeatable? Yes I understand that you probably made a deal to get some of the prize money when your partner in crime wins it all, but that victory has an asterisks on it. I can’t tell you what to do, but I ask that you respect the sanctity of fantasy sports and just play ball.

What fun is there in colluding to make some super team? Unless you’re a fan of the late Heat team or the present Cavaliers, then I think you would agree with me. Let’s just play the game and have some fun; acts like this can really create tension both in and outside of the league and we don’t want that. Okay, now that that monkey from my own plummeting 9-cat league and its issues is off of my back, we can get to the fun stuff!

This man has gotten into some trouble in an Ndamukong Suh-like fashion. I know that he is not available in your leagues but I wanted to note that he will be sitting out a game on suspension for attacking the Royal Jewels.

Not impressive. The kid was finally given a environment to thrive in and still could not produce. Shot just 3-11 and 2-8 in his last two games and has lost minutes because of it. If this Point Guard is going to be in the scoring category he can’t expect to shoot like Ricky Rubio, so he better start making some around-the-back passes or something. He may just need time for the chemistry to set in but right now he won’t help your squad.

Limited time only! All-Star Jeff Teague will be sitting some minutes with a bum hamstring that he’s been fighting lately. Schroder will be the general of a team who owns the league’s largest win streak this year and can essentially beat any team in the league on any given night. 16 points and 10 assists in his first go-around, but I don’t have to talk about Schroder’s skills when you know that he will be passing to Korver and Carroll in the corners and Horford and Millsap down low. Great value for this week alone and only owned four percent of leagues.

D-Rose out. Jimmy Boy out. Who is gonna put the damn ball in the basket for this team now? Maybe they should go get DJ Augustine or Nate Robinson again. In the meantime though, Tony Snell will be the man of the hour. He is already getting started with double digits in his last four games straight and, at 21 percent owned, he is an available commodity.

Who? Ya, I know, but that’s a good thing because he is only owned in 9 percent of leagues right now. This may be the only guy that’s for real on this struggling Denver team now that Affllalo has left building. He has averaged 18.8 point per game in his last four since A.A.ron departed and has had good rebounding numbers and some assists too. This cat is surely the only guy averaging this much in the last four games that isn’t in Footlocker commercials. Ride him out!

HAHA. That’s all I wanted to write but then I decided I might fill in those of you who didn’t even know he left. This man just came back from China where he was averaging 27.7 points a game and 17 rebounds. With that info, I am planning on taking my talents to Shanghai, but Beasley is switching with me and will not see as much success. He has gotten some minutes, but that is due to Birdman being absent (probably to collect his Academy Awards) and Hassan not living up to his previous hype. If you’re in a 20+ team league then maybe this man is for you. His return may be just a reaction to not enjoying being a rookie, but it doesn’t seem to bother T-Mac.

Possibly the hottest player at the moment with AD and Ryan Anderson being sidelined. Shoots great from the field and from the line and as of late has been dropping the points too. Double digits in his last four games straight including a 24 point, eight rebound, and three block performance on Miami. Rebounds are always consistent and he won’t hurt you in turnovers. Only owned in 13 percent of leagues.

That’s it for me this week my fellow fans! If you need help, advice, or have questions then you know where to find me!