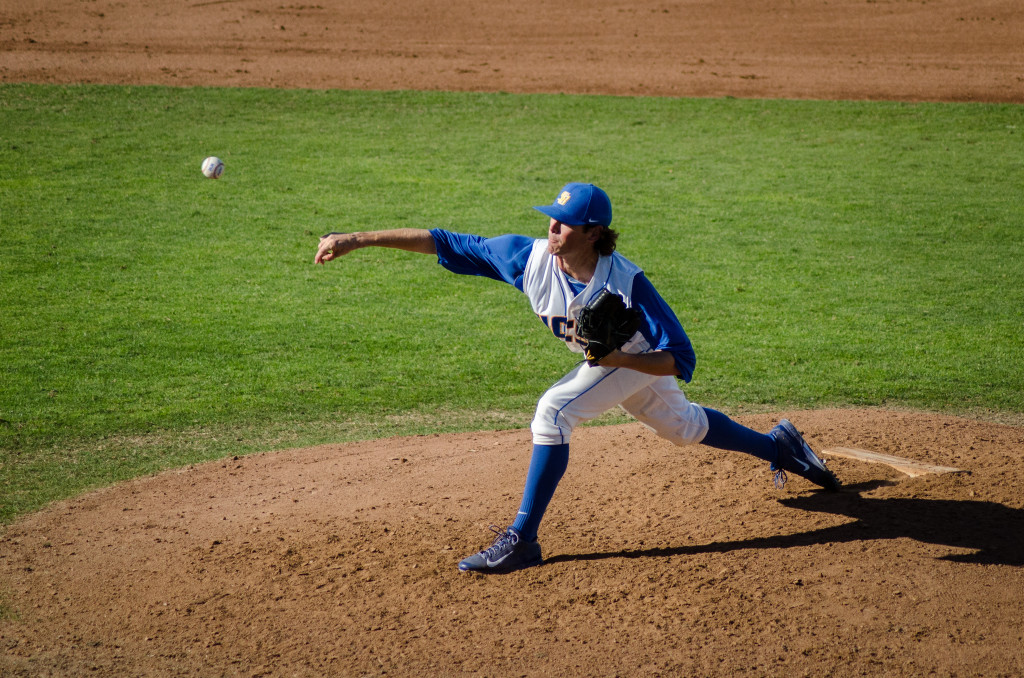 The UCSB baseball team faces the undefeated leader of the Pac 12 conference, USC, today at 2 p.m. at Caesar Uyesaka Stadium in the last home game before two consecutive weekends on the road.

Avoiding a sweep in its bounce-back win on Sunday against the University of Oregon, the Gauchos enter the game against USC with an 8-3 overall record. UCSB is tied with Long Beach in the Big West conference for second place behind CSUN.

“We’re coming off a win Sunday after not playing great on Friday and Saturday,” Head Coach Andrew Checketts said. “So I suspect that the guys are aware of USC’s record and are going to be prepared and ready to go.”

In his last start against Pepperdine, Mazza pitched for four innings and allowed four runs in six hits — one of which was a homerun. Four other pitchers appeared in that same game including junior righty reliever James Carter for his third save of four total this season. Carter currently leads the Big West in saves.

“Our bullpen is going to be a big part of [our success],” Checketts said. “Domenic is going to have to come out and throw more strikes than he did in his last outing.”

Redshirt senior right fielder Luke Swenson has been heating up at the plate in the last week with at least one hit per game in the series against Oregon and two in Sunday’s win. Swenson goes into today’s game with a .349 batting average.

In addition, junior designated hitter Robby Nesovic ranks third in the Big West’s leading batting averages as he hits for .432. Nesovic also has 11 RBIs and is tied for first in total conference RBIs. So far this season, the Gauchos are hitting for a collective .282 batting average and have scored 61 total runs in their 11 games. The Gauchos currently top the Big West in overall batting average.

Leading the USC offense is senior catcher Garrett Stubbs who is batting for a .489 average with a .547 on-base percentage as he has drawn five bases on balls from opposing pitchers.

A power hitter for the Trojans is junior outfielder David Oppenheim, who is currently putting up a .640 slugging percentage with a single home run and four doubles this season. Collectively, the Trojans are batting for a .318 average.

“I think that on Friday and Saturday we learned a lot about ourselves as a team,” Kelly said. “But on Sunday we played pretty clean baseball; we played for each other and that translated into a ‘W.’ I think [today] should be a reflection of Sunday.”

This will be the first time since the 2012 season that the two teams have faced, where in both games the Gauchos recorded victories both on the road and at home.

The game today is at 2 p.m. at Caesar Uyesaka stadium in a single-match appearance. This will be the last home game before the Gauchos pack up for two consecutive weekends on the road against Sacramento, followed by Wichita State.