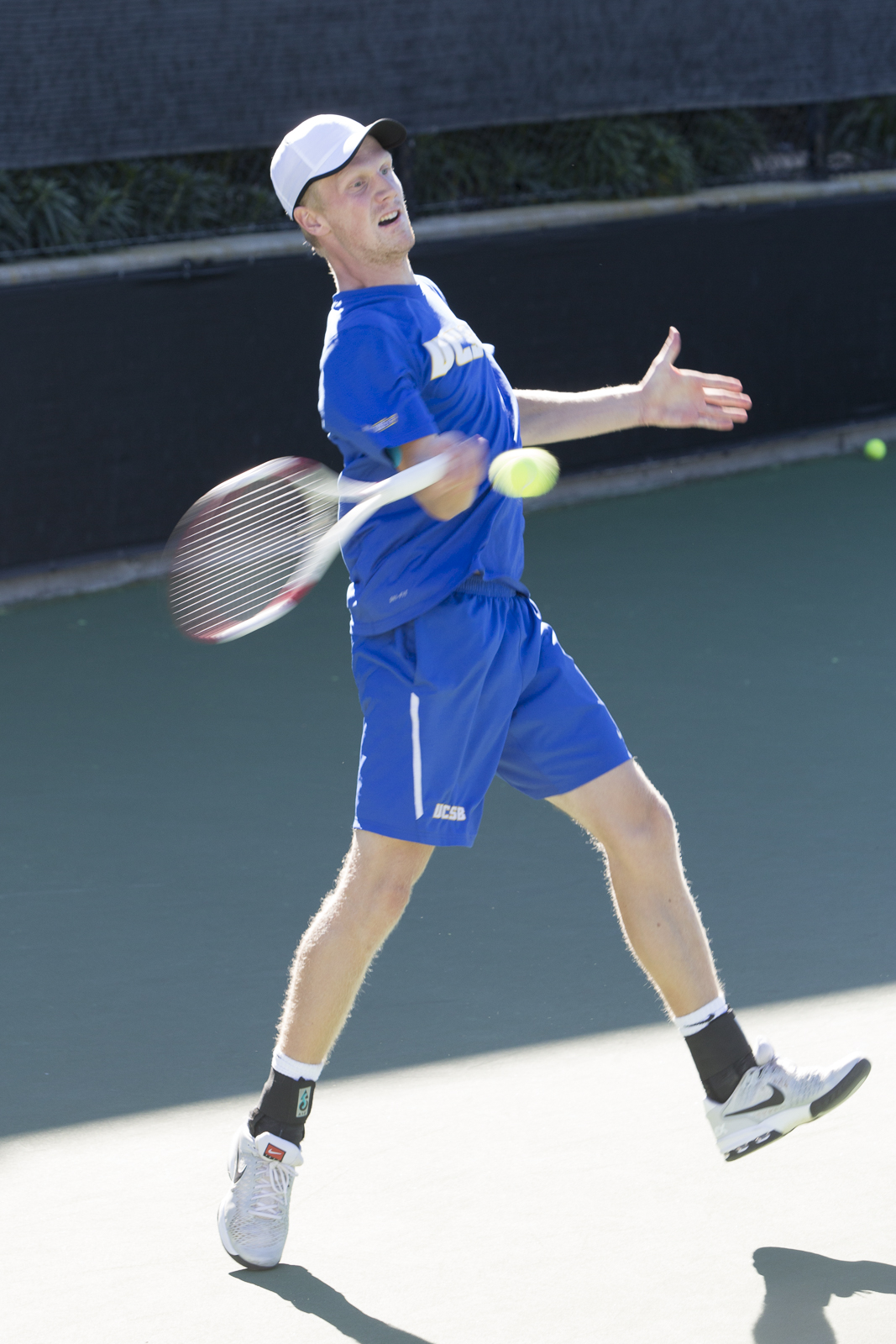 The UCSB men’s tennis team will play the first of its three straight home matches when No. 43 Oregon comes to Santa Barbara this afternoon.

The Gauchos come into today’s events with a record of 3-6, while the Ducks hold a record of 8-4.

“This match provides an excellent opportunity for [the team],” Head Coach Marty Davis said. “We can improve our national standing and argument for inclusion in the ITA National Rankings.”

Santa Barbara will be challenged in its attempts to make the most of this opportunity, as Oregon is not a team to take lightly. The Ducks have captured four wins by way of a 7-0 sweep and have only lost to ranked opponents this season. Their roster has depth that includes freshman sensation Simon Stevens, who is undefeated during dual matches this year and fills just the number four spot on the team.

Although UCSB is not the favorite in the match, the team can capitalize on the fact that it is undefeated at home this season, and all of Oregon’s losses have occurred on the road. The Ducks are currently 0-4 as the away team after dropping a close match this weekend with No. 53 Pepperdine 4-3.

This three-match home stand could not have come at better time for this Gaucho team that rides a two-match skid and has lost four of the last five. Much like the Ducks, the Gauchos are winless on the road at 0-6 and have played twice as many away matches, as home matches this season.

“Without doubt, the men have benefited from the tremendous, large and loud crowds that have come out to the courts to this season,” Davis said. “Their presence definitely makes a difference.”

In recent competition, the Gauchos have improved on an area of their game that struggled in the earlier part of the season. With the return of senior Ziad Sultan to the doubles lineup, the team has been a tougher competitor in the important doubles matches. Sultan and his senior partner Tobias Galskov have greatly contributed to the scoring of multiple doubles after the team started 0-3 this season in doubles play.

Galskov as a singles player has powered much of the team’s success since his return a few weeks ago. The senior player has retaken his spot as the number one individual player on the team and faces the best opponent from each team that the Gauchos face. He has defeated two opponents, including No. 53 Uros Petronijevic of the University of San Diego.

The match is set to start Today at 1pm on the Rec Cen Courts.