The Daily Nexus
Sports
Gauchos Edge UC Davis for Second Win of the Season
March 2, 2015 at 5:06 am by Michael Jorgenson 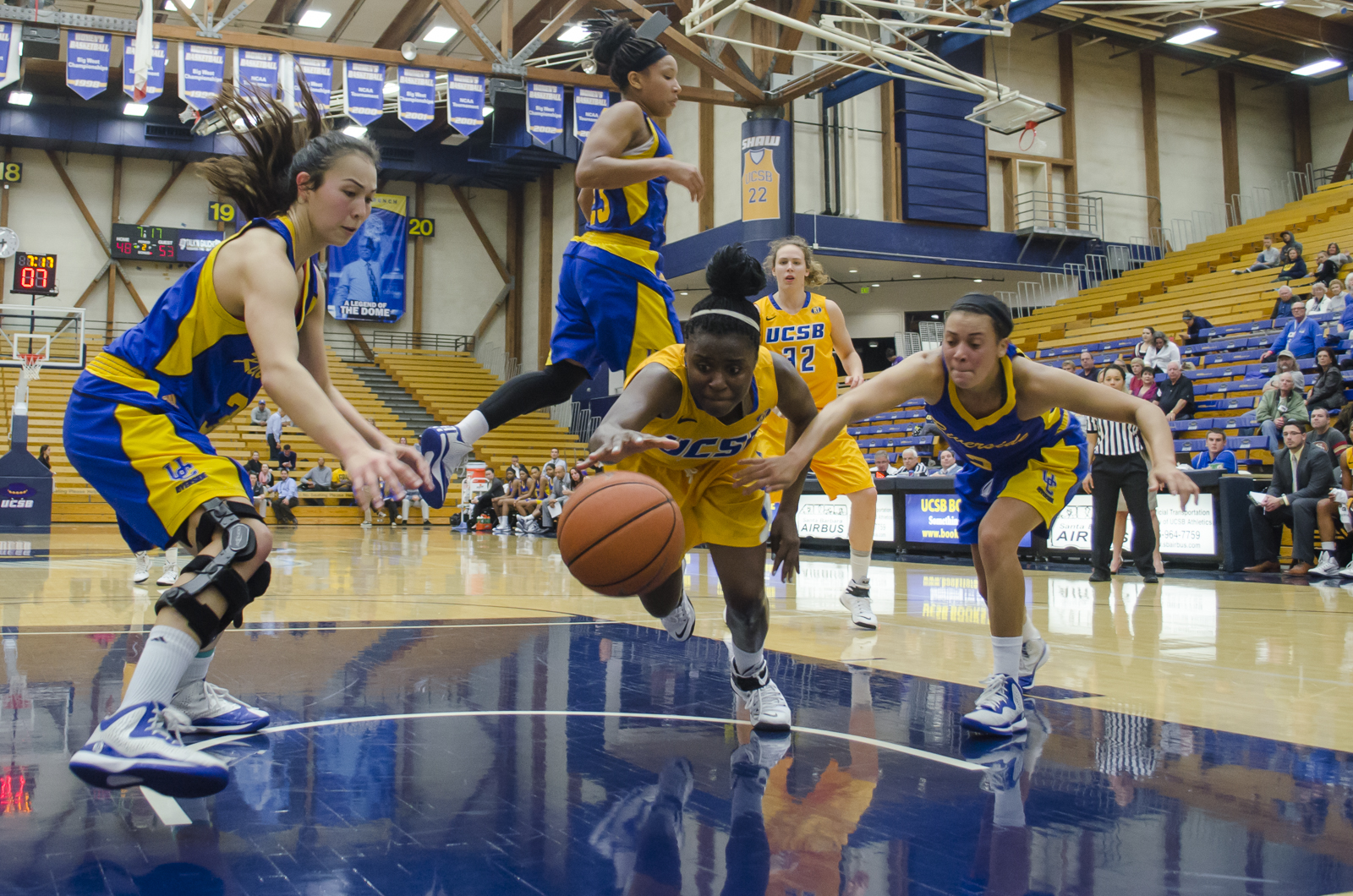 Behind junior guard Jasmine Ware’s 14 points and six rebounds, the UCSB women’s basketball team defeated UC Davis in upset fashion on the road this past Saturday 57-52.

With just two games remaining, the Gauchos improve to 2-25 overall and 2-12 in conference play. Davis meanwhile dropped its third straight game to fall to 13-13 overall and 8-6 in conference.

The Gauchos entered the game looking to avenge themselves after a heartbreaking 60-54 overtime loss to the Aggies back on Jan. 31 in which they gave up a nine point lead in the final four and a half minutes.

After a slow scoring start for both teams, freshman guard Makala Roper’s three with 10:47 to go in the first half gave UCSB a 9-4 lead. Ware knocked down a jumper with 4:32 remaining to give the Gauchos a 17-9 lead as they built an early cushion, but the Big West’s reigning Athlete of the Week in Davis’s senior forward Sydnee Fipps answered back with a pair of triples to cut the lead to 17-15.

Santa Barbara took a 21-17 lead into halftime, holding the Aggies to just 5-22 from the field as both teams struggled to find the basket.

The second half told an entirely different story as both teams became hot from the field. A three-pointer by UCSB’s senior guard Kristine Brance broke a 27-27 tie to give the Gauchos a three point lead at the 13:55 mark. A pair of free throws by freshman forward Chaya Durr capped a 6-0 run which put UCSB up 36-29 with 10:44 left.

Unlike the last time the two teams faced each other, Davis was not able to pull off a late comeback. Santa Barbara put the game away at the line, making seven free throws in the final 53 seconds to finish with a 57-52 win.

UCSB’s defense was up to the challenge on Saturday, forcing 21 turnovers while converting 13 points off of the Aggies’ mistakes. The Gauchos were also able to keep up with them on the boards and keep them away from the free throw line, two things they have struggled with all year. The Aggies were just 7-10 from the line while they only outrebounded UCSB 38-36.

Fipps finished with a team-high 13 points and five rebounds while senior guard Kelsey Harris backed her up with 12 points and seven boards. Brance put in 10 points of her own while knocking down 2-6 from beyond the arc.

Both the Gauchos and the Aggies were able to turn their first half shooting woes around. UCSB went 13-28 from the field while Davis shot 13-29, including 6-13 from three-point range, but the difference came in the turnovers. The Gauchos turned the ball over just three times in the second half compared to eight for the Aggies.

UCSB will return to Santa Barbara this Thursday to play its 2015 home finale against Hawaii.