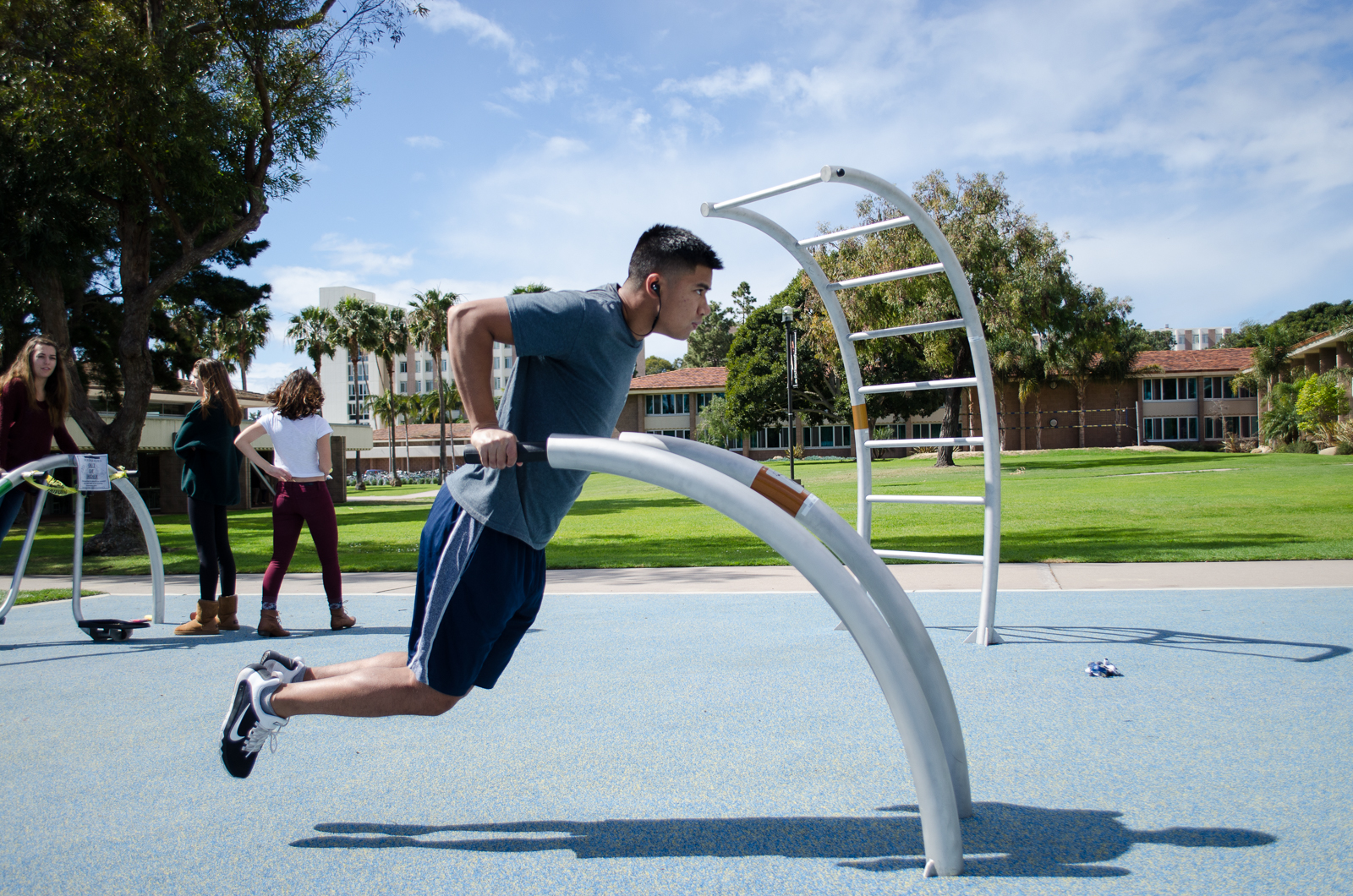 Students and staff came together for the ribbon-cutting of the outdoor exercise station that includes a leg press, dip bar, pull-up bar, pull-down machine and hip-flexing machine. After an approximately year-long collaborative effort between staff and students, the new station is now ready for use by resident students in the ChI-5 residence halls: Anacapa, San Miguel, San Nicholas, Santa Cruz and Santa Rosa.

“During the [FSSP] working group, they talked about having some sort of place to work out outside,” Soriano said. “I relayed that information to housing and they took it and rolled with it. They made it happen.”

Maidaa said the fitness equipment was chosen after considering feedback from the FSSP focus groups.

“We made the study group, and [the students] selected the pieces of equipment that they wanted to use over here,” Maidaa said. “So this project is our students’ project — they helped us to make it happen.”

“We thought this would be an easy project that we could do,” Rousseau said. “Well, everything is long and slow as you know how things go in a big university. This was a wild project.”

According to Maidaa, the stainless steel equipment was ordered from Norwell Outdoor Fitness in Denmark and the fitness area’s spongy turf surface was selected because it provided the best cushioning for students to feel comfortable while working out.

“We definitely did a lot of research to get the best equipment and best surfacing material for this station,” Maidaa said.

Maidaa said he hopes there will be more outdoor fitness areas constructed on campus for students to use to work out.

“We’re hoping that this is stage number one,” Maidaa said. “We are thinking about doing another station across the campus.”

“There’s finally a pull-up bar that’s not a bike ride away,” Soriano said. “I feel like for everyone who wants to work out outside, you’re no longer cooped to the mini-gyms in like Santa Rosa or San Miguel.”

First-year actuarial science major Kyle Hordyk said he believes the fitness area was “a big waste of money” that could have been better spent elsewhere, such as refurbishing the existing basketball and volleyball courts. He also said, however, that the fitness area is a close-proximity alternative to the Recreation Center.

“But for those who do plan to exercise, it makes it a lot more accessible than having to trek all the way to the Recreation Center,” Hordyk said.