The Daily Nexus
News
Dancers Boogie for 12 Hours, Raise Funds for Children’s Hospital
March 2, 2015 at 1:25 am by Addie Burk and Alyssa Schmidt 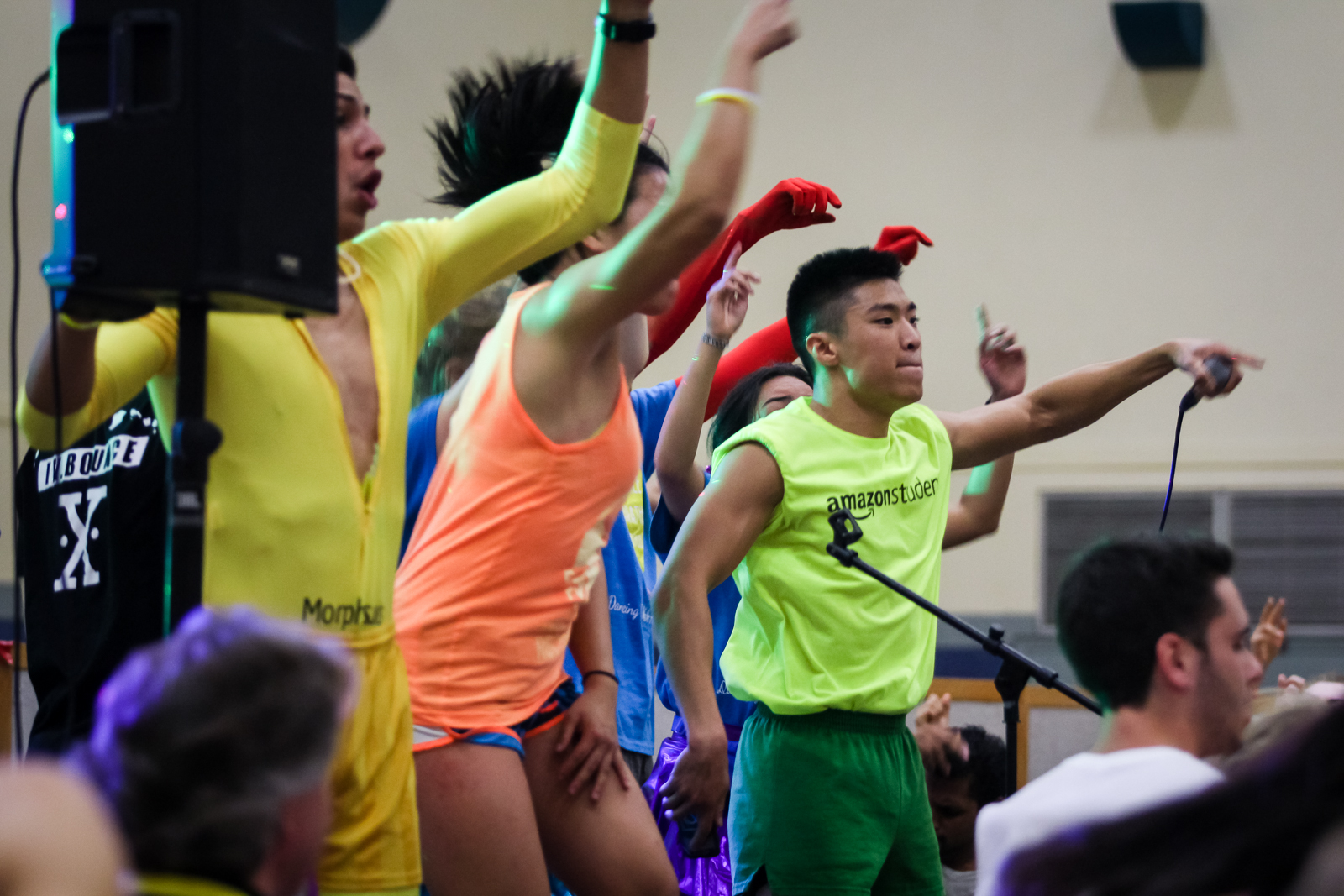 Dance Marathon raised a total of $35,347.11 for Cottage Hospital, the local chapter of Children’s Miracle Network Hospitals, and exceeded its fundraising goal of $25,000. Each of 38 dance teams represented one patient from Cottage Hospital and entered after meeting the minimum entry requirements. To celebrate the funds they raised, participants engaged in a 12-hour-long dance party from noon until midnight, partaking in activities, entertainment and free food from local businesses such as Panda Express, Sorriso Italiano and Silvergreens.

Event co-chair and alumnus Sean Thompson said Dance Marathon will continue to host the event in an effort to increase their fundraising goals. This year’s raised amount surpassed last year’s total of $12,791.84.

“We up the ante every year,” Thompson said. “This year our goal was to double the fundraising, double the amount of people and next year, who knows?”

According to co-chair of Dance Marathon and fourth-year biological science major Molly Morrison, about 400 participants raised money, an increase from last year’s 200 participants. Morrison said this is indicative of an upward trend in participation she hopes to continue.

“This is the second annual event and we’re hoping to continue for generations and generations,” Morrison said. “Children’s Miracle Network nationally reached out to the UCSB campus as they were looking to extend their reach on the west coast. They came to UCSB and we’re here now.”

Morrison said Dance Marathon began in 1991 at Indiana University in honor of Ryan White, a student who was expelled from his middle school in 1984 after being diagnosed with HIV/AIDS. The event was then adopted by Children’s Miracle Network Hospital. According to Morrison, dance marathons are now held on over 250 campuses nationwide with participants staying and dancing for a full 12 hours without sitting down to show support for hospitalized children.

“Essentially we are standing for the kids that can’t,” Morrison said. “The people who really want to stay for the kids stay the whole time.” 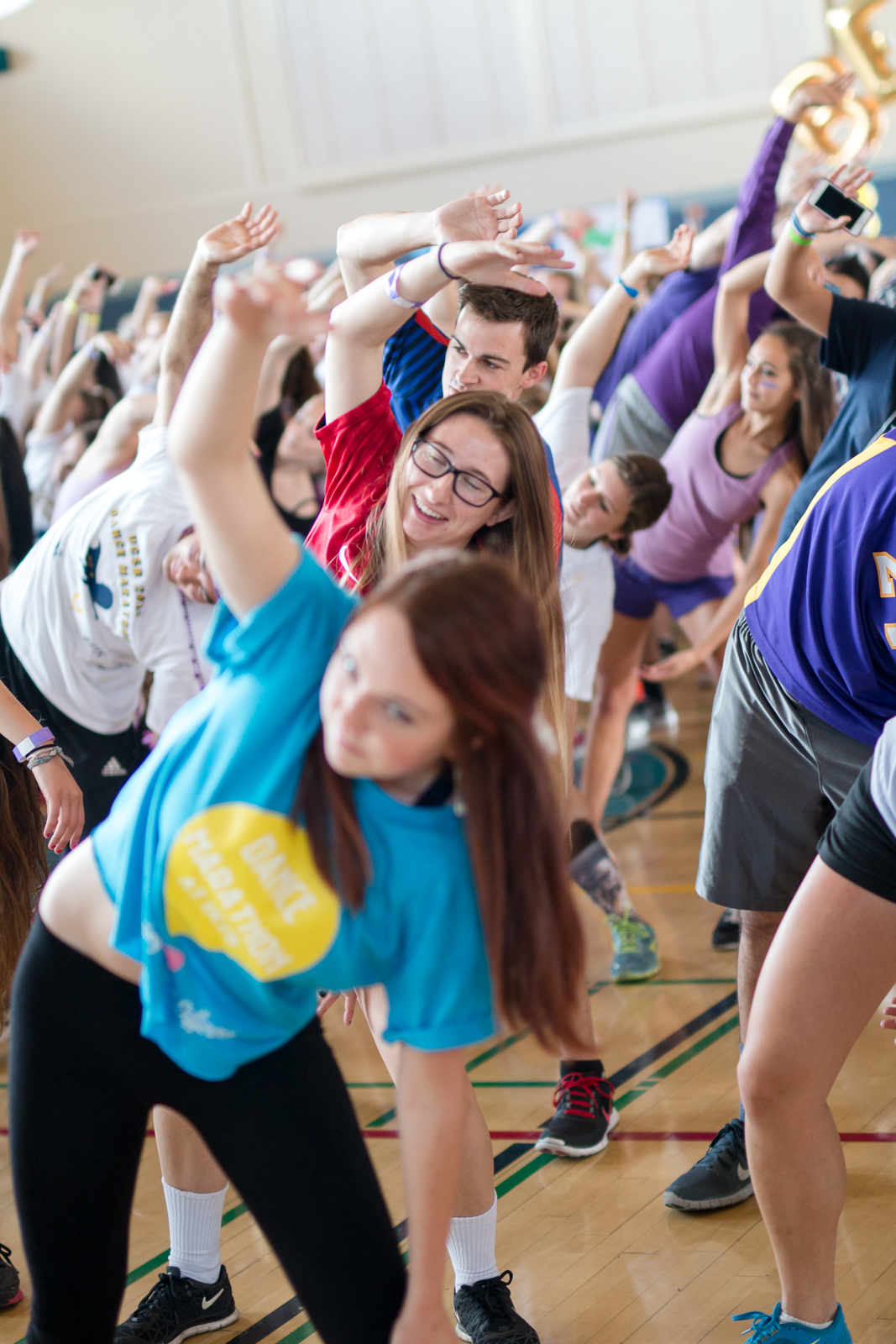 According to Thompson, the day’s highlight was his ability to see kids from Cottage Hospital who joined in on the event every two hours to motivate the dancers and remind them what they were fundraising for.

“We dance for the kids, and I think that’s the most important part,” Thompson said. “It is a really fun, 12-hour dance party, but you have to remember why you’re doing it.”

Director of special events and fourth-year biology major Hannah Mills said the dancers were divided into teams, each team meeting a specific patient from Cottage Hospital.

“Every color team got their own miracle child to learn about,” Mills said. “Each team got to meet their own kid and dance with them and play games with them and their families, and they gave a little speech so that was super inspiring.”

After staying the full 12 hours, fourth-year biochemistry major and Dance Marathon participant Krysten Boggs said the highlight of her night was also meeting the children from Cottage Hospital.

“We got the twins, we were on the purple team,” Boggs said. “They had an older sister who was four and loves ‘Frozen’ so we helped her sing to that.”

Mills said watching participants come together for a positive cause was a unique experience that inspired her and other attendees to help fundraise.

“This is a really special philanthropic org because it brings everyone from UCSB together for one day for a really great cause, and that’s something that we don’t get to do a lot of as a university,” Mills said.

According to Morrison, the growth of this year’s event can be attributed to publicity from Greek organizations on campus.

“Greeks do not plan the event but there was a director of Greek relations that helps outreach to the Greek community,” Morrison said. “That ended up being the strongest relationship we formed this year, but we hope to form stronger relationships with campus, dorms, et cetera.”

Third-year sociology major and Dance Marathon participant Jena Scarborough said she participated in Dance Marathon because it gave her an opportunity to work toward a philanthropic cause while having fun.

“I’m just really excited to be a part of something that’s helping children,” Scarborough said. “It’s also really fun for everyone who’s coming. We can get together and feel like we can help donate and have a good time together at the same time.” 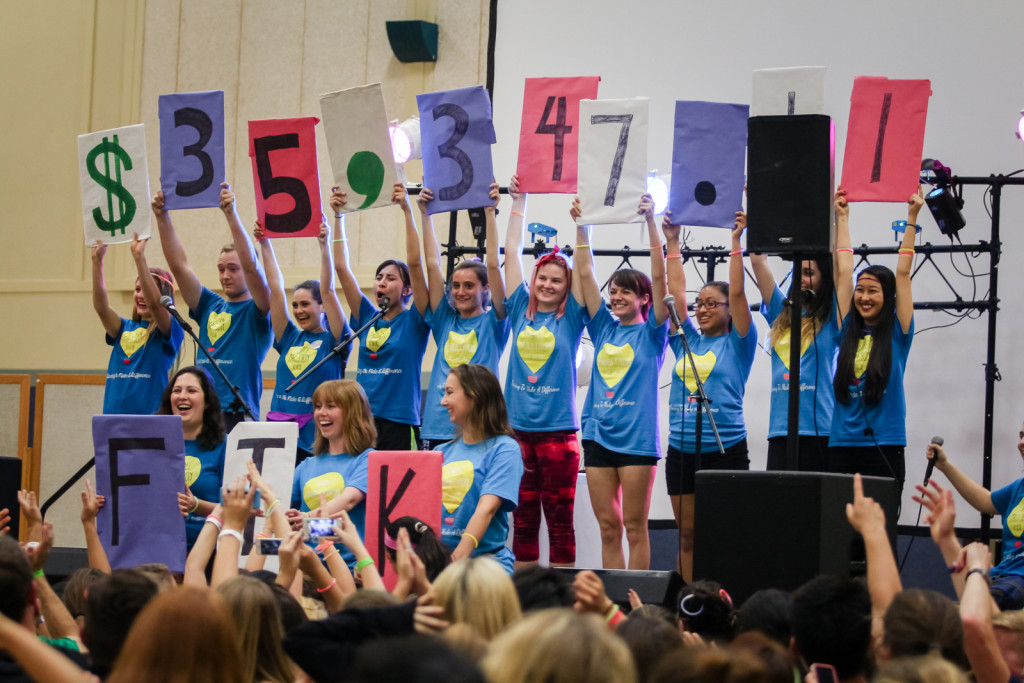