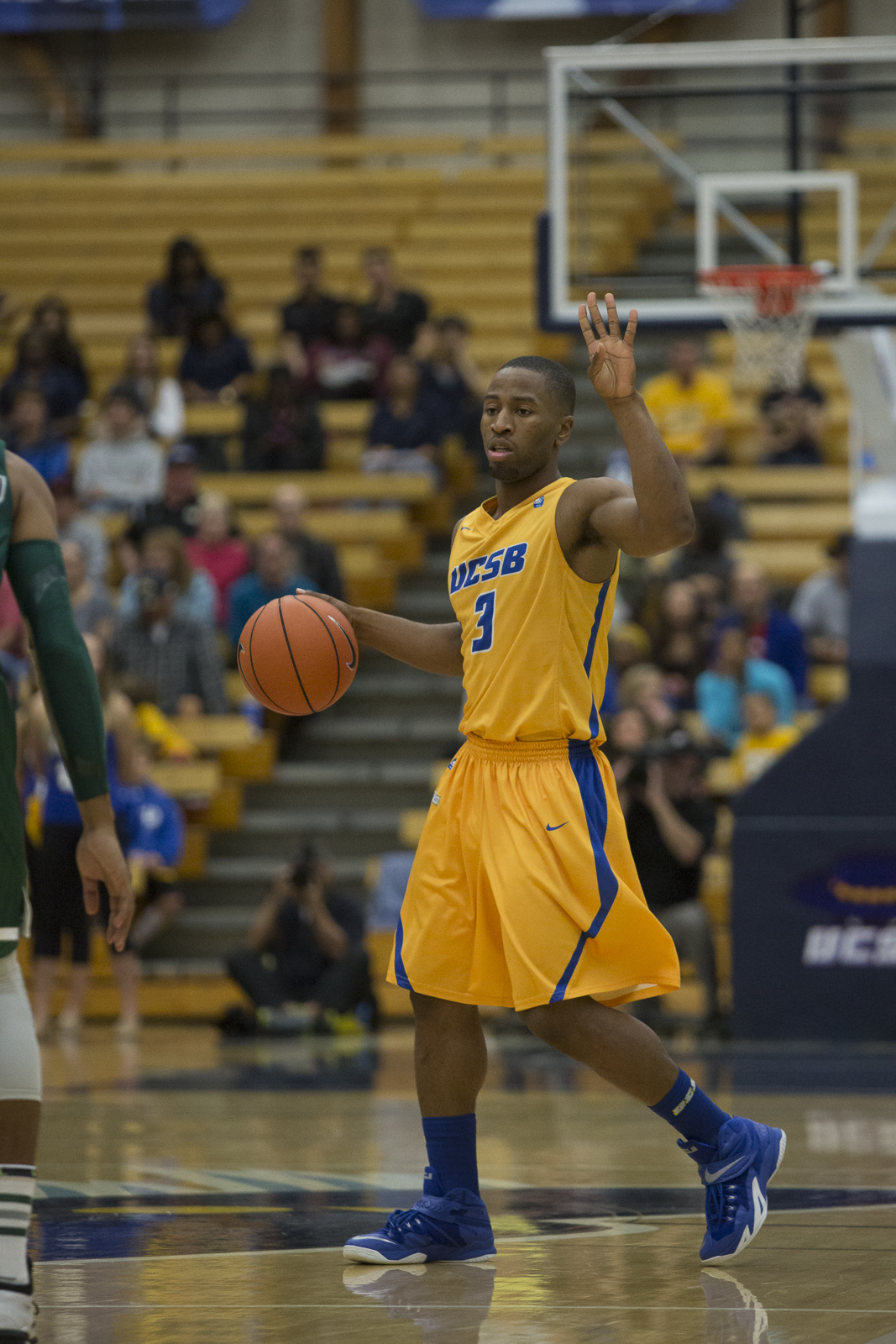 A month of play can make a big difference in the Big West conference standings. That is a testament not only to how competitive the league is this year, but also how resilient the UCSB men’s basketball team has been.

The last time the Gauchos faced UC Davis and UC Irvine in late January, they were without their best player in senior center Alan “Big Al” Williams and the games resulted in losses that left the team in the middle of the standings. Now in a tie for third in the conference with four games left, Santa Barbara takes aim at the same opponents this week — the same teams that hold the No. 1 and No. 2 seeds in the conference, respectively.

“We like where we are because it kind of puts us in an underdog position, so we kind of have that pressure,” senior guard Zalmico Harmon said. “As we’ve shown throughout the year in even overtime losses, we actually do a lot better with pressure on us, and we have a lot of resiliency to come back and play well at the later half of games.”

At 7-5 in the Big West and 14-12 overall, the Gauchos sit two games back of UCI whom they play Saturday at home. Attaining the top seed will be an uphill battle as the Aggies (11-1 league, 21-4 overall) — tonight’s opponent — have a stranglehold on the position.

Davis, a team that won a total of four conference games last year, is by no means a fluke. A lot of the team’s success can be attributed to its star player in guard Corey Hawkins. The 6’3” senior leads the league in points per game with 20.8, more than three points ahead of second place Mike Caffey of Long Beach State.

Santa Barbara got a firsthand look at the damage Hawkins is capable of inflicting from his previous encounter with UCSB when he went off for 28 points, the most points scored in a conference game this season by him. Guarding the perimeter is one way to keep him off the score sheet; he tops the conference in three-point shooting at 52.8 percent and torched the Gauchos with six made treys on eight attempts.

“He scores a lot every time he plays, he’s a pretty good player,” Taylor said. “We just have to take away his three-ball and just be on him every time he touches the ball, give him no space and have great help defense. It’s going to be a team effort.”

For Santa Barbara, last week saw the return of Big Al. Williams was kept out of seven games because of shoulder problems, but in his two games back, he averaged 13.5 points and 8.5 rebounds.

Also missing from the last time UCSB faced Davis was Harmon due to the flu. With their full starting lineup in, the Gauchos look to capitalize on their home-court advantage.

“This time it’s different because we got Al and we got [Harmon] back,” sophomore guard Eric Childress said. “We’re basically going with the same strategy as before, but we have our captains back now. They’re going to bring the energy up for us, and we’re going to come together and pull this one out.”

Tip-off for tonight’s game at the Thunderdome is set for 7 p.m.

A version of this article appeared on page 10 of February 26, 2015’s print edition of the Daily Nexus.