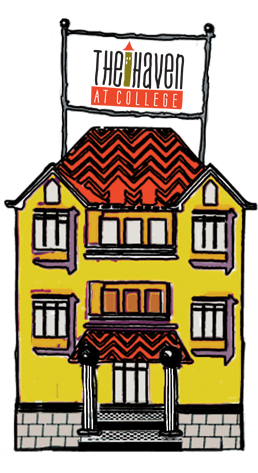 Photo courtesy of the Haven at College

The Haven at College, an organization that provides sober living homes for college students, plans to open a new sober living facility on Pasado Road in Isla Vista next year called The Haven at Santa Barbara.

The Haven at College, which has already established residences in college towns for USC, Drexel University and the University of Redlands, will house seven students in I.V. seeking to live substance-free lifestyles. The Haven at Santa Barbara would not be a university program, but Gauchos for Recovery and the Alcohol & Drug Program plan to largely endorse the project.

According to The Haven at College co-founder Holly Sherman, The Haven will open its doors in July and thus far has one student committed to living there. Although The Haven is currently “working on the math,” Sherman said the cost of staying at this sober living house will be roughly higher than living in an on-campus dorm.

“There is an additional fee for the services we provide,” Sherman said. “It’s a little above the cost of room and board at a dorm.”

Sherman said students living at The Haven will be treated with peer support programs and clinician care in order to facilitate effective recovery and ensure a healthy environment for residents.

“We are a supportive group,” Sherman said. “The most practical measure is that it’s run by students — we hire students who are great role models of recovery.”
The Haven at College co-founder Sharon Weber said The Haven at Santa Barbara was established through connections made with the Alcohol & Drug Program after working with the UC Office of the President in the fall.

“We had been in dialogue with the UC system and it was through that exposure that we met some of the people involved in the Alcohol & Drug Program at UCSB,” Weber said. “They were the ones that invited us to come up and engage in some conversations.”

According to Alcohol & Drug Program director Jackie Kurta, she first heard of The Haven at College when she picked up educational literature about the program at a conference in the fall. Kurta said establishing a sober living facility in I.V. seemed like “good timing,” given the difficult past year and changing attitude of I.V. towards safety and health.

“It felt to me like this would be a wonderful opportunity for us here in Isla Vista,” Kurta said. “We contacted them and they were very enthusiastic, and they really were very interested in checking out the possibilities here.”

Kurta said she favors the recovery program administered at The Haven at College because it is specifically catered toward college students seeking to abstain from drug and alcohol use.

“Their program is just such an excellent one,” Kurta said. “It really takes into consideration the specific needs of students in a college setting, as opposed to another traditional sober living facility which serves a kind of broad spectrum of ages and lifestyles.”

According to Weber, The Haven at Santa Barbara will act as a supportive body to aid students seeking to refrain from substance abuse rather than as a “policing body.”

“We don’t have anything against drugs and alcohol; we believe they have their place in the college life,” Weber said. “But if you have a problem with them and they’re kicking your ass, then you’re welcome to come to The Haven at Santa Barbara.”

UCLA alumnus Danny Buchan said he has been living at The Haven at USC for two years since seeking recovery from his drug addiction and is now four years clean.

“If I didn’t do something, I would have died, or much less be able to go to school or live a constructive life, so I went to treatment and I got into recovery,” Buchan said. “Now that I’ve gone into recovery, I can enjoy life at the moment and be more connected to the world and people around me.”

Buchan said he works as The Haven at USC house manager, where he administers recovery practices such as weekly 12-step programs, frequent breathalyzing, random urine tests and a temporary curfew.

“There are accountability measures that we have just to assure the safety of The Haven and to make sure that everyone is staying sober and that everyone’s on the right track,” Buchan said.