The Daily Nexus
News
Frat Chapter Closes Due to Alleged Misconduct
February 26, 2015 at 5:07 am by Peeka Zimmerman 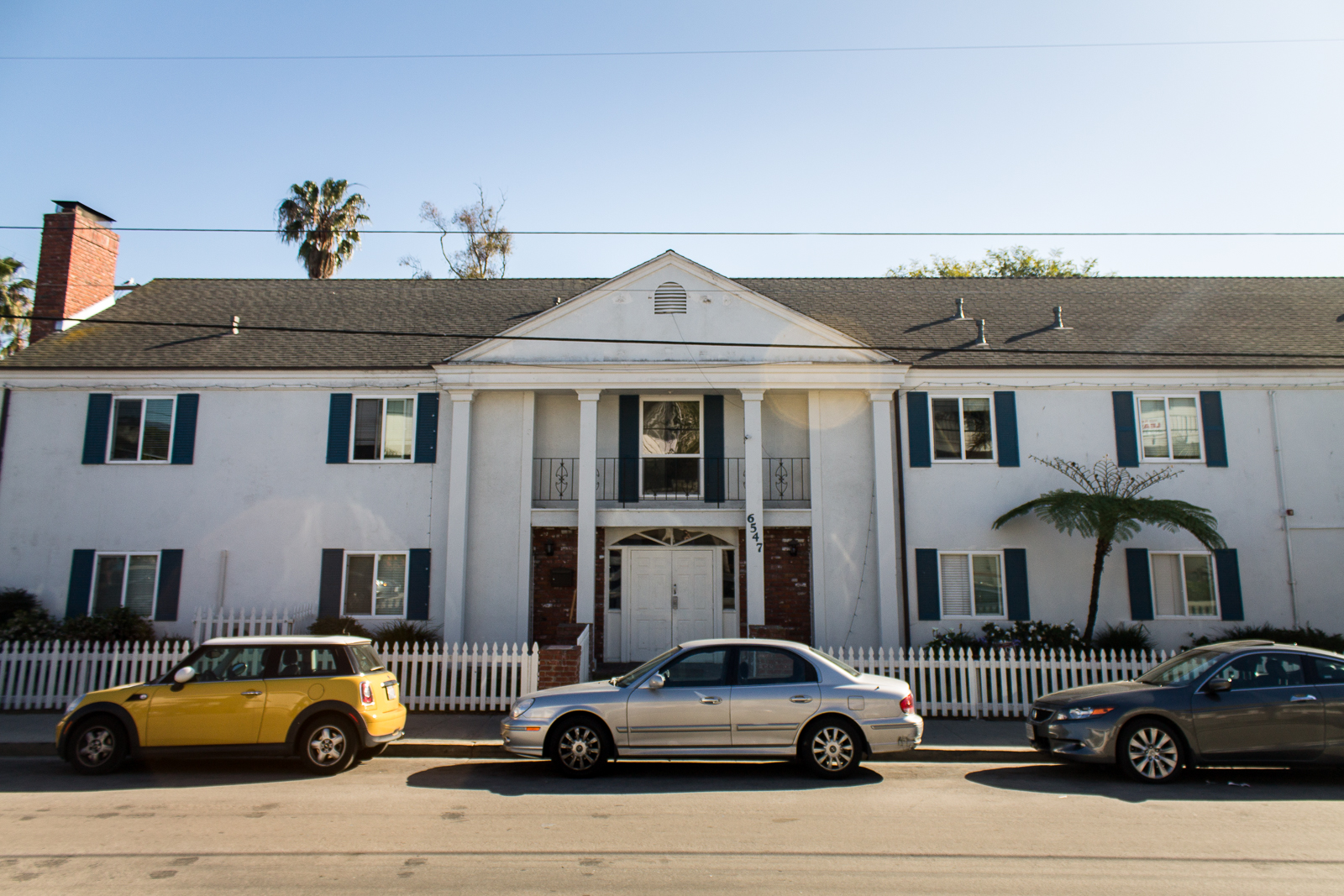 The former fraternity house (pictured above). According to the Inter-Fraternity Council President Carl Provenzano, he remains optimistic about the future of the Greek community despite this past year’s mishaps. Paris Cullen/Daily Nexus

According to a memo released to Greek organizations across campus, the fraternity of 110 members was shut down in order to preserve campus safety in light of allegedly risky new member practices. Phi Sigma Kappa was placed on interim university suspension and was under investigation in late January due to alleged violations of university policy and conduct deemed inconsistent with the fraternity’s founding principles. The fraternity is the second Greek life organization to lose its charter campus since the academic year began, with Beta Theta Pi losing its charter in December.

Inter-fraternity Council President Carl Provenzano said the closure of the chapter was an agreement between the university, alumni and the national organization.

“The school follows the judgment of the national organization and no longer recognizes them on our campus,” Provenzano said in an email. “The investigation is over and the chapter has officially closed down.”

According to Provenzano, while he believes members of the fraternity are constructive members of the community, the national chapter is concerned with the chapter’s multiple policy violations.

“The men in Phi Sigma Kappa are a phenomenal group of guys,” Provenzano said in an email. “They are leaders on campus and in the community. Many of them are and will remain close friends of mine. Their national organization revoked their charter because they felt the local chapter was violating risk management policies and UCSB policy.”

In a release sent out by Director of Fraternities and Sororities at the Office of Student Life Kristin Van Ramshorst, Phi Sigma Kappa has been revoked for participating in activities harmful to students as well as to new members of the fraternity.

“Due to unsafe new member education practices and perpetuation of an unsafe environment for UCSB community members, the International Fraternity has deemed closure necessary to ensure the health and safety of their active and new members,” the release stated.

Provenzano said he remains optimistic for the future of the Greek community despite several undesirable incidents this past year.

“It has been a tough year for Greeks, but we are not going anywhere on this campus and wish to move in a more positive and upward direction in the coming years,” Provenzano said in an email.

President of the Signet Housing Corporation Daryl Lu, who owns the property that formerly existed as the Phi Sigma Kappa Fraternity house, said the chapter has been around for nearly five decades and has contributed positively to the campus community in the past.

“The UCSB Phi Sig chapter has been a positive member of the campus community, providing leadership in student government, the Interfraternity Council, and other campus organizations,” Lu said in an email. “The reputation that we earned and valued has been seriously damaged by the failure of the chapter to abide by our principles.”

According to Lu, while actions taken to remove Sigma Kappa’s charter were necessary, he hopes other Greek organizations will not be affected by Phi Sigma Kappa’s suspension.

“On behalf of our fraternity, we apologize for conduct by some of the undergraduates that can unfairly cast a negative impression on other Greek organizations,” Lu said. “We know full well that fraternities and sororities, when operated consistent with their principles, play a highly constructive role in enriching the lives of their members.”

Members of the fraternity refused to provide comment for this article.