The Daily Nexus
Sports
Baseball Welcomes Oregon for Three-Game Series
February 26, 2015 at 5:04 am by Sarah Stigers 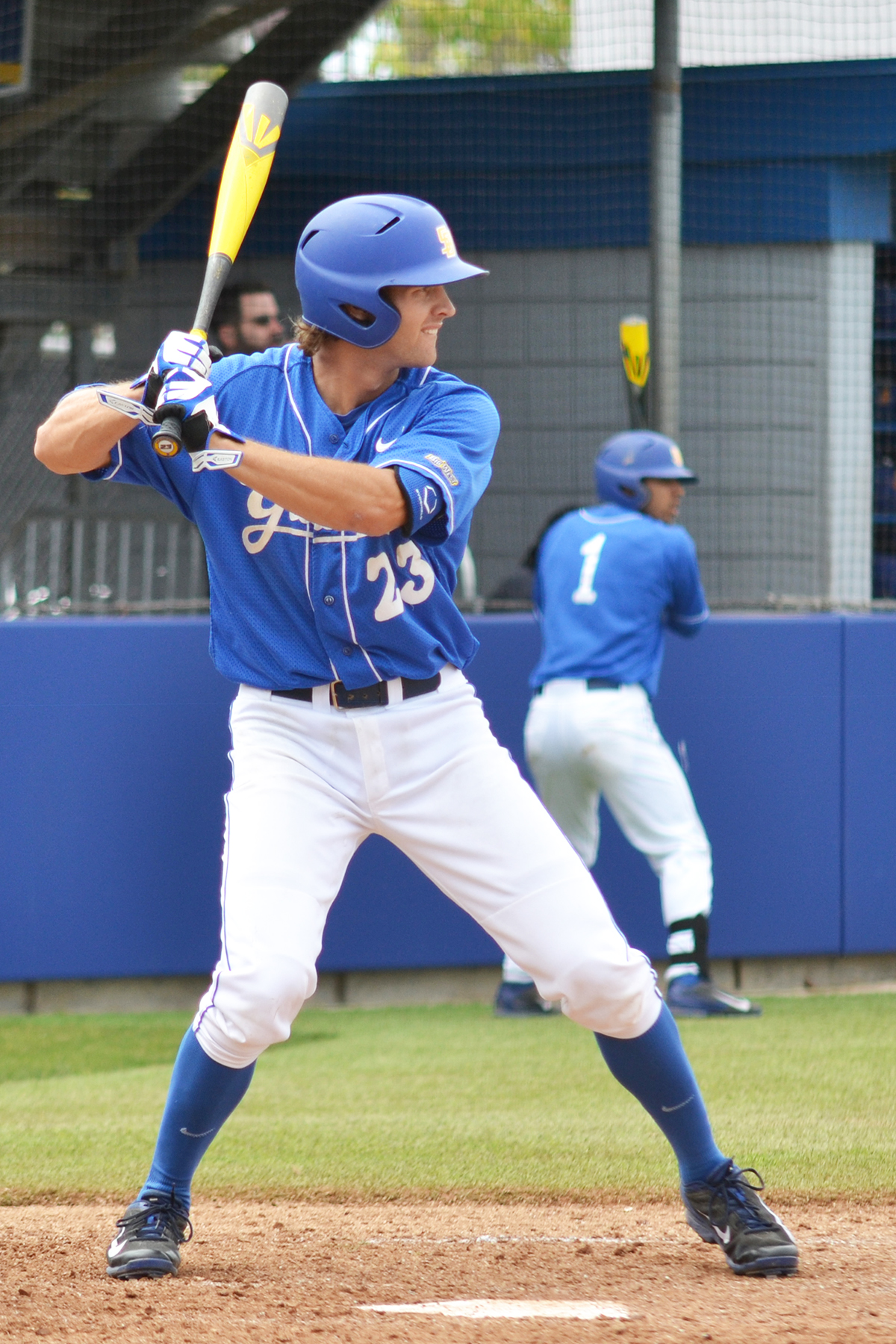 With new momentum from its win over Pepperdine on Tuesday, the UCSB baseball team prepares to enter a three-game series against the University of Oregon this weekend in Santa Barbara.

With a 6-4 win over Pepperdine, the Gauchos advance their overall record to 7-1. The team still takes a second-place seat behind 9-1 CSUN in overall Big West rankings. Oregon will enter this weekend 8-1 overall coming off a six-game win streak that included a four-game sweep over New Mexico and a single-game win over Portland.

“It’s definitely good to have that momentum going into the series this weekend,” junior right-handed pitcher Dillon Tate said. “We don’t really think anything of facing a team that’s labeled as hot. They are just another team to us.”

UCSB’s head coach Andrew Checketts has a rich history with the Oregon coaching staff, as Checketts was an assistant coach under Oregon Head Coach George Horton for four years. The two teams have not faced each other since Checketts began his career at UCSB in the 2011-2012 season.
“There is a little bit of a coaching ‘family tree’ that I am a branch off of their head coach,” Checketts said.

The Ducks were ranked in NCAA pre-season polls by Collegiate Baseball as one place above the Gauchos, coming in at No. 15 to UCSB’s No. 16. This series will be the first time the Ducks have been on the road since their season-opening series.
“We’re at home and we traditionally play better at home, so we have that built-in advantage,” Checketts said. “We’ve got a decent amount of momentum going into this weekend as well. It’s a good chance for an exciting series, and a good test for both teams. It’s going to be a good measuring stick to where we both are at.”
After junior lefty Domenic Mazza’s start against Pepperdine on Tuesday, the Gauchos have sophomore righty Shane Bieber, Tate and junior lefty Justin Jacome as potential starters for this weekend’s series. Of the three, Bieber has accounted for the most innings pitched at 16, followed by Tate with 13.2 and Jacome at 10.2.
Tate has still maintained a 0.00 earned run average through his two wins pitched in two appearances and he also leads the pitching staff in strikeouts, recording 17.
“I’m never in anything by myself because it’s a team effort. There’s eight other people on the field,” Tate said. “I think the pitching staff will do well. We’ve continued to work hard so we feel prepared.”

On the mound for the Ducks, junior righty Conor Harber leads the team with two wins. In his 11 innings pitched, he has recorded 12 strikeouts and has also maintained a 0.00 earned run average.

Up to face Oregon’s defensive challenge for the Gauchos is junior designated hitter Robby Nesovic. The junior infielder is leading the team in RBIs with 10 in eight games played. He also has 14 hits, coming in with a .483 average.

Behind him is senior outfielder Cameron Newell, who also has 14 hits this season and has accounted for 13 of the 56 total Gaucho runs. “Based off what I’ve seen in practice and in games, I feel the team has been playing decent,” Tate said. “Some things we need to improve on are just backing each other up and not getting down on ourselves when things get tough.”

Oregon has recorded 53 runs in the past six games. A big hitter for the Ducks is junior infielder Matt Eureste, who leads the team in both batting average and total hits and has one home run this season.

UCSB will kick off the series at home on Friday at 2 p.m., followed by another mid-day game on Saturday at 2 p.m., and will wrap it up on Sunday at noon.

A version of this article appeared on page 9 of February 26, 2015’s print edition of the Daily Nexus.