The Daily Nexus
News
Professor Talks About Muslims in the US
February 25, 2015 at 1:32 am by Erin Gurewitz 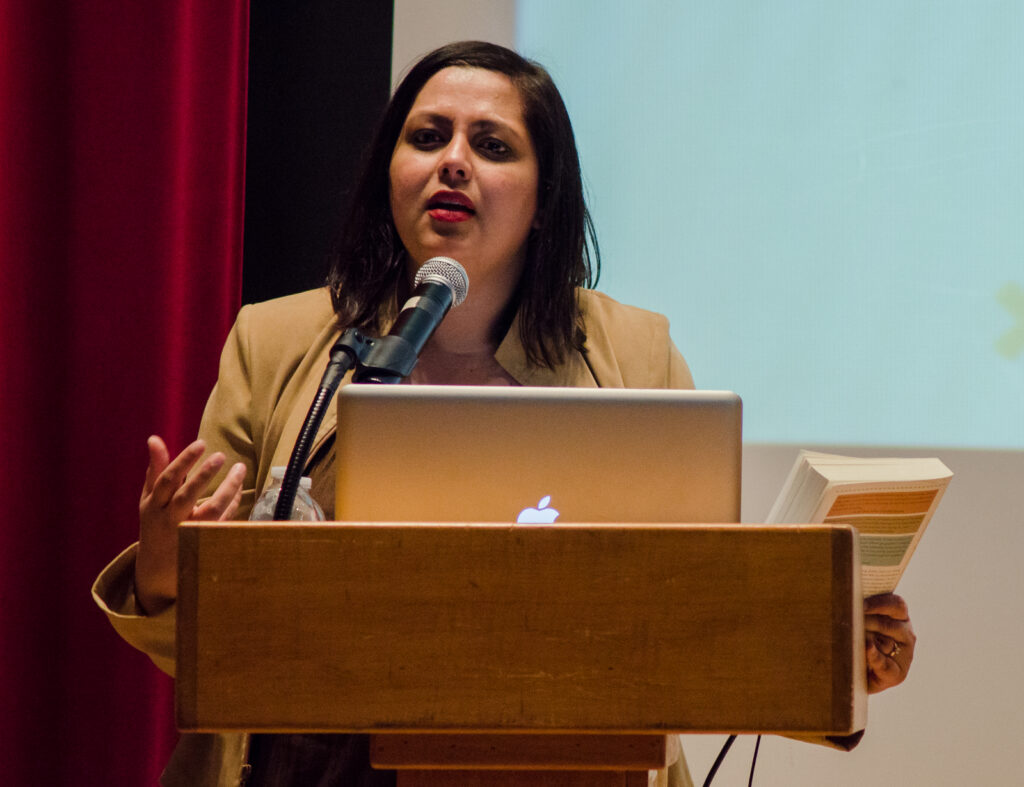 Zareena Grewal speaks to a full crowd at the MCC. Sam Aragon/Daily Nexus

Yale University Professor of American and Religious Studies Zareena Grewal held a discussion about the cultural role of Muslim Americans in the U.S., American media portrayal of Islam and current debate about Islamic reform Tuesday night at the MultiCultural Center (MCC).

During the lecture, Grewal touched on issues explored in her book Islam is a Foreign Country: American Muslims and the Global Crisis of Authority, which presents an ethnography of trans-national Muslim networks. Grewal’s in-depth research about American Muslims discusses whether Islam can be seen as an American religion in the same way that other religions are accepted.

According to Grewal, there is a common sentiment in the U.S. that assumes Islam contradicts widely-held American values.

“There is something specific about Islam that for many people makes [them] understand it as kind of the exact antithesis of American values,” Grewal said.

Quoting Malcolm X’s speech “The Ballot or the Bullet,” Grewal delineated the difference between legal citizenship and social citizenship to convey that American Muslims are still dealing with issues that existed in the 1960’s. 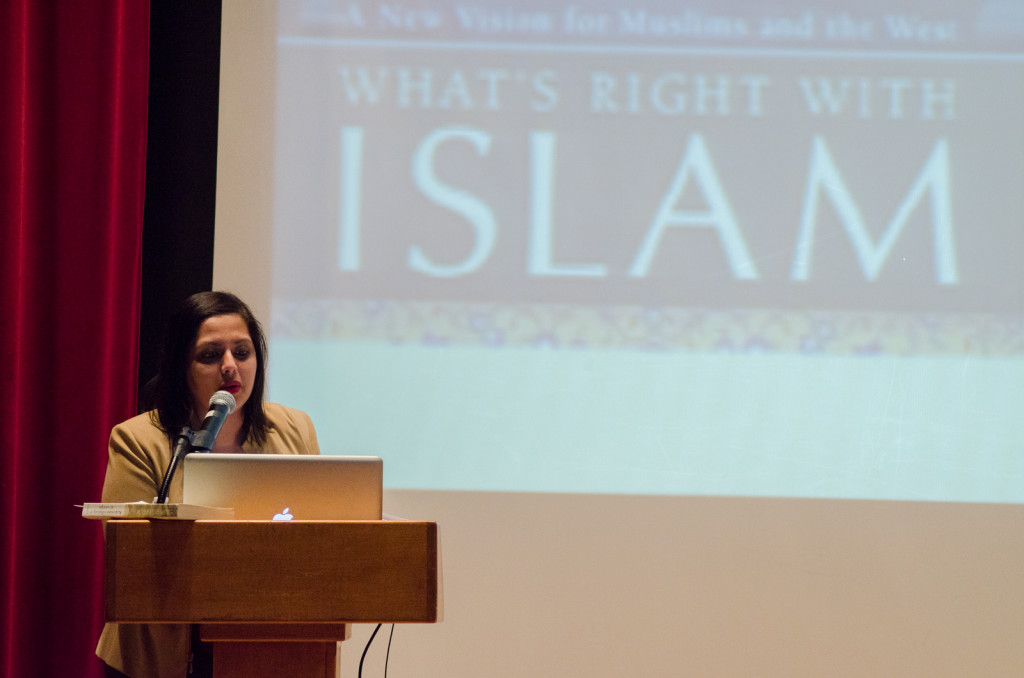 Zareena Grewal speaks to a full crowd at the MCC. (Sam Aragon/Daily Nexus)

“[Islam is a Foreign Country] shows the ways in which these debates about the reform of Islam are constrained by the media lens and what’s interesting, I think, is that even when the cameras are off and there’s no recorders and no microphones are turned on, what you find now is that American Muslims are conditioned now,” Grewal said. “So the way they speak to each other, even when no one else is there is so profoundly transformed.”

Grewal said the change in behavior by American Muslims has impeded conversation regarding the reform of Islam.

“If they are anyone who is actually invested in the reform of Islam, that conversation can’t happen if nobody even feels safe to say what they really think,” Grewal said.

Commission on Jewish Muslim Unity member Joyce Herman said the discussion helped her further her understanding of the struggles American Muslims face, especially regarding the American media’s portrayal of Islam.

“It helps me to see more of their internal struggles … to see the ways in which American Muslims are both stereotyped and … that the media have these expectations that they’re going to be the ones that solve the terrorism,” Herman said.

Kamel also said she valued Grewal’s ability to challenge the way American media has portrayed Islam since the beginning of the War On Terror.

“The media tends to take fringe voices or small groups and kind of depict them as being the voice of the majority,” Kamel said. “I like that she kind of complicated that image … showing the nuances within the American Muslim community.”