The Daily Nexus
News
Financial Aid Office To Adhere to Stricter Filing Deadlines for 2015-16 Applications
February 24, 2015 at 1:54 am by Peter Mounteer 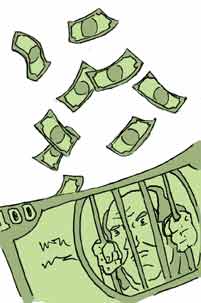 The Office of Financial Aid and Scholarships will implement stricter adherence policies for deadlines for the March 2 filing of 2015–16 financial aid applications.

The policy shift comes as part of an effort by the financial aid office to ensure equitable distribution of university funding to students who file their applications on time and to increase the amount of students who file in a timely manner. The shift applies to students applying for university funding using the Free Application for Federal Student Aid (FAFSA) and CA DREAM Act funding, due March 2. The restrictions on FAFSA filing does not apply to certain funding sources such as Federal Pell grants and scholarships, and is strictly limited to institutional financial aid provided by the university.

Students who miss the filing date are allowed to make an appeal via the existing appeals process for “on-time status,” which would allow them to be considered for full university funding despite missing the deadline. Additionally, the financial aid office will also be strictly enforcing a June 15 deadline to submit financial aid related documents, such as W-2 tax forms.

Financial aid office director Mike Miller said while the university has always had priority deadlines for students, they have not been strictly enforced until now.

“In the past we’ve created a culture of kind of procrastination and there weren’t any penalties for students who didn’t meet the deadlines,” Miller said. “Over the years it’s become a significant issue workload-wise, but also in terms of funding availability.”

Miller also said stricter deadlines should ensure students do not miss out on funding because university funding is limited and there is significant possibility for the funding to simply run out in part because of an increase in student need for financial aid.

“Essentially, when our university grant funds run out, which has been happening over the last couple of years because we have more needy students on campus … even if somebody submits an appeal for on time status, if we don’t have the funding then we can’t fund them,” Miller said, “So it’s really important that students get their applications in on time.”

Miller said while appeals are still an option for late filers, appeals will be granted on a case by case basis for extreme circumstances.

“We’ll take a look at all the appeals that we get and if there are extreme circumstances then we’ll look at those on a case by case basis,” Miller said. “But if a student misses the deadline and simply sends us an appeal that says that they weren’t aware that they needed verification documents because they didn’t read their email, then those are situations that will likely be denied moving forward.”

According to the financial aid office, insufficient circumstances do not include lack of knowledge of published deadlines, limited means of communication or email access, events occurring after the deadline, failure to complete the FAFSA based on tax filing status if estimated information is available, a parent’s refusal to provide information on the FAFSA or insufficient financial aid as a result of missing priority deadlines.

Miller said extenuating circumstances could include, but are not limited to, getting ill, sustaining an injury or otherwise some event that prevents them from collecting the necessary documents. Miller urged students to check their university email account and check the financial aid website as a way to keep up to date on financial aid policies.

The financial aid office has roughly $60 to $63 million dollars to distribute as well as 17,000 financial aid applicants annually, with average award amounts clocking in at around $6,300 per student. According to Miller, around 2,000 students or 10 percent of filers file their applications after the deadline, typically in September when students enroll for Fall and resume paying tuition.

“A lot students just won’t complete that [application] until right before they need financial aid,” Miller said, “So there’s a huge delay and in some cases we’ll ask for documentation in March and April and sometimes they won’t turn it in until September and that’s a long time to be sitting on request for documentation especially when it comes to funding your education.”

However, according to former announcements by the financial aid office, aid awards are distributed beginning in July.

According to first-year global studies major Mayela Morales, other options aside from strict deadlines exist, including moving existing FAFSA workshops to earlier in the quarter to avoid conflicts with midterms and end-of-quarter academic pressures.

Third-year psychology major, Johanna, who spoke on condition of anonymity, said she was not worried about the stricter policy affecting her because precise tax information can still be provided later as long as estimates are submitted with the application on time.

“I think that it’s an important deadline that has to be met, and I’ve never worried about missing the deadline so I don’t feel like the stricter policy affects me directly,” Johanna said in an email.

Miller said the move to tighten restrictions is a campus decision without any push from the state or federal government, while most other campuses in the UC system enforce strict adherence to filing deadlines.

“We would have several thousand students who just didn’t do anything for themselves until they come back in the fall,” Miller said. “So we would get a huge rush of financial aid applications in August and September and that really created kind of a log jam for us especially when the fee deadline was coming up.”

According to Miller, looser enforcement has been the norm because it allows for the most flexibility for students to receive money, but an increase in the number of “needy students” has put additional pressure on the office to distribute funding effectively. While part of the $63 million the office annually distributes is for usually set aside for late filers, having as many students as possible apply on time allows the office to better estimate how much funding will need to be distributed all students.

“Say for example we have 95 percent of our students applying on time; that just gives us a much better baseline to begin the planning,” Miller said. “Just having a better idea of how many applicants we’re going to have on an annual basis, we can really budget out what we’re going to spend a lot more accurately.”