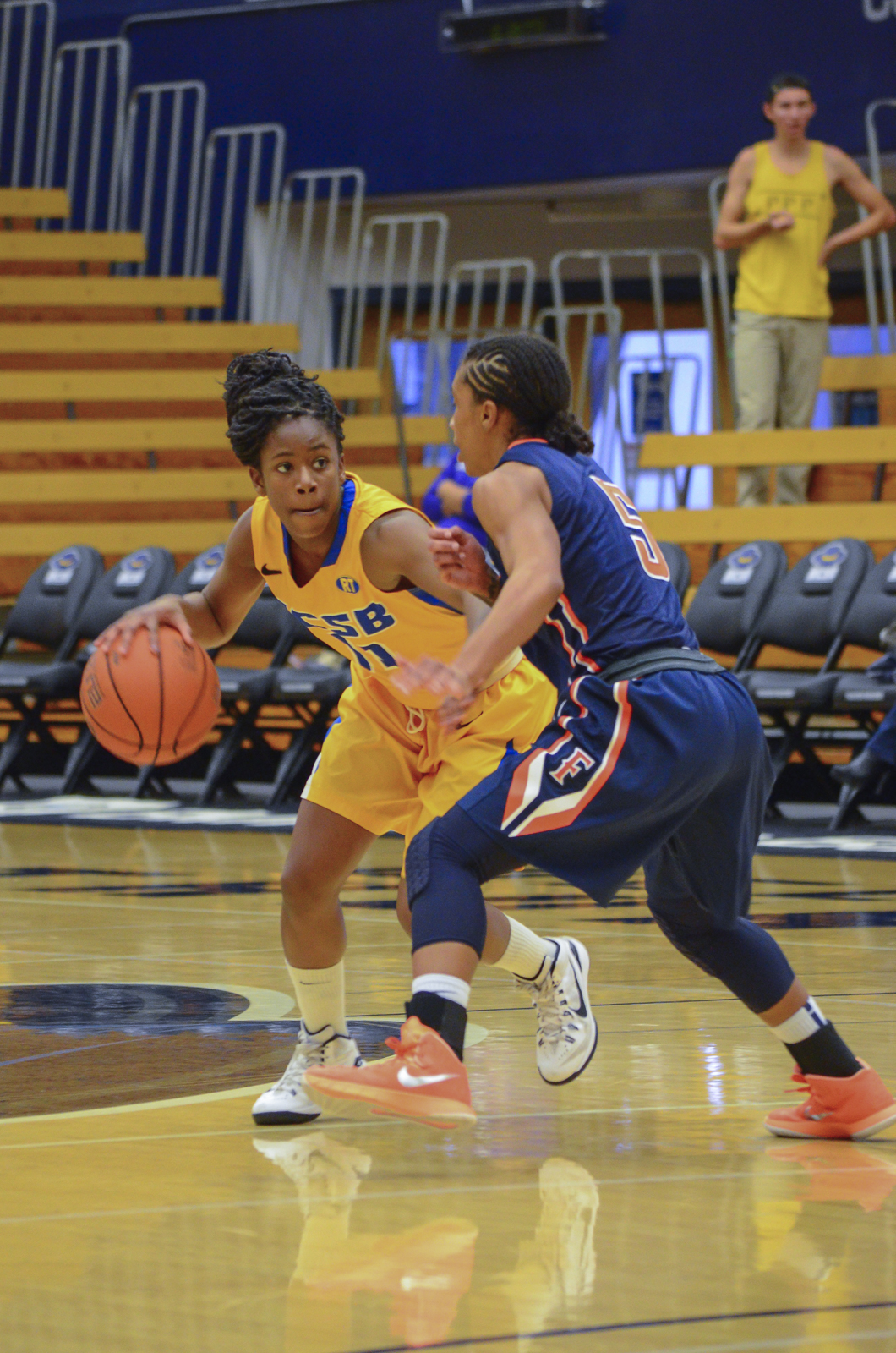 Behind seniors Clair Watkins and Kristine Brance, the UCSB women’s basketball team defeated Cal State Fullerton 48-39 this past Saturday to earn its first win of the season.

“I weigh 105 pounds without that big monkey on my back,” Head Coach Carlene Mitchell said. “No better way for [Clair and Kristine] to get recognized on Senior Day than with a win.”

It had been 364 days since the Gauchos last win, which coincidentally also came against Fullerton. Watkins was the only player in double-digits for her team, recording team-highs of 10 points and nine rebounds. Brance was the only player to hit a three on the night for UCSB, putting in nine points on 4-10 shooting.

“Everyone just wanted to win tonight and it kind of just all came together,” Watkins said. “Everyone at the end huddled up and told each other to stay calm and we just finally finished one out. It’s a great feeling.”

The Gauchos got out to a quick start with Watkins and junior guard Jasmine Ware scoring two baskets each to give their team an 8-1 lead out of the gates. The lead reached as high as 10 in the first half after a jumper by sophomore center Melissa Maragnes made it 21-11 at the 3:36 mark.

After the 49ers answered back with an 18-4 run to take a 29-25 lead, it seemed like UCSB was headed for yet another disappointing loss. The teams battled back and forth before a three by Brance with just over three minutes remaining gave her team a 46-39 lead to help seal the win.

Fullerton’s top offensive player in senior guard Chante Miles had one of her worst games of the year, going just 3-19 from the field for 12 points and turning it over 10 times. Senior guard/forward Kathleen Iwuoha led the 49ers with 11 points and 15 rebounds.

Although Santa Barbara was outrebounded 42-29 on the night, the Gauchos made up for the disparity by scoring 22 points off the 22 turnovers they forced.

“They refused to give in and continue to make the same mistakes we’ve made in the past,” Mitchell said. “[We made] turnovers become points for us so we didn’t have to work as hard in the halfcourt.”

Another key factor behind the win for UCSB, a team which ranks last in the Big West in opponent’s three-point percentage, was holding Fullerton to just 5-26 shooting from beyond the arc.

“They’re a team that shot 32 threes against Cal Poly a couple days ago and leads the Big West in attempts,” Mitchell said. “Our kids were just very focused, stayed to the game plan, and that’s probably the difference.”

On Thursday, the Gauchos fell to UC Riverside 71-65 despite having their second-highest scoring output of the year. Watkins and Ware led the team in scoring with 16 points apiece. The Highlanders’ junior guard Brittany Crain put in 24 points on 9-21 shooting to lead her team.

With just four games remaining, the Gauchos’ season is not over yet. They will look to get a winning streak going with a pair of road games this week, starting with UC Irvine on Thursday.