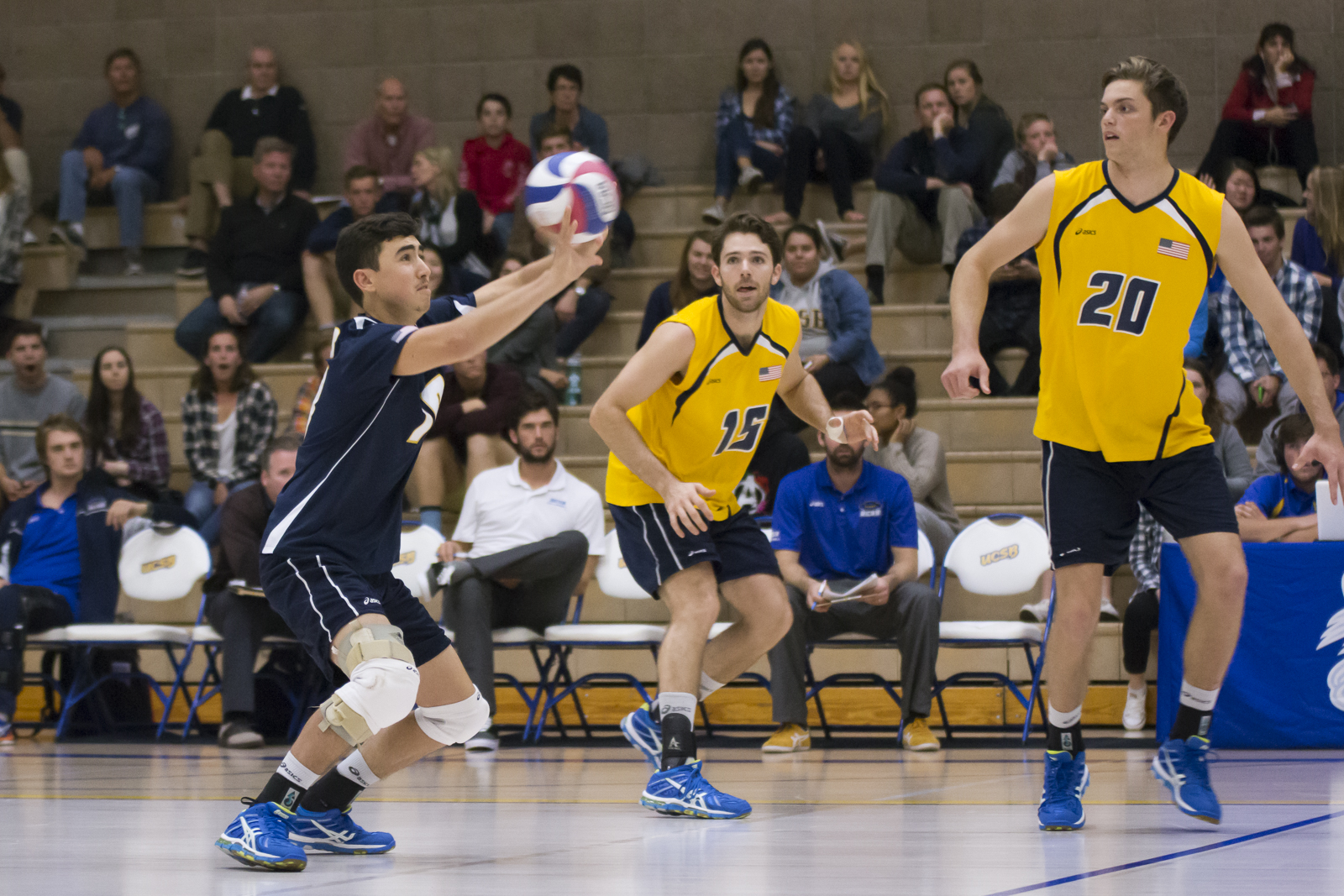 The No. 8 UCSB men’s volleyball team is on a hot streak right now. The squad’s win over Cal Baptist on Friday night was its fourth straight victory after going through a few weeks of inconsistency.

After their huge win against No. 3 USC on Wednesday night, the Gauchos came into Friday’s match against unranked Cal Baptist with a lot of confidence. The win brought Santa Barbara’s record to 10-5 overall and 6-5 in MPSF play, while Cal Baptist’s record now stands at 3-13 overall and 1-12 in MPSF matches. The loss brings the Lancers’ losing streak to nine.

UCSB led the Lancers in all relevant statistics in the three-set victory. The Gauchos had a great hitting match with a .370 hitting percentage overall. They also added seven aces and 18 blocks while picking up 29 digs. Redshirt senior outside hitter Weston Nielsen led the team with 12 kills and redshirt junior middle blocker Ryan Hardy led the team with seven blocks.

The first game was back and forth to start, but at 7-7, the Gauchos went on a seven-point run to go up 14-7. With a large lead in hand, UCSB was able to play with a lot of confidence as it went on to a dominant 25-11 win.

The Gauchos went into the second game looking to add to their lead. Santa Barbara took the first two points, one on a block by junior setter Jonah Seif and Hardy and the other on a kill from Nielsen. After letting the Lancers back into the game at 6-6, the Gauchos took the lead and never relinquished it, going on to win 25-15. Santa Barbara hit 13 kills against only 2 errors for a .440 hitting percentage.

The third game was much of the same for the Gauchos. UCSB went up early on a run of five serves by redshirt sophomore Jacob Delson to lead 7-2. The Gauchos won the game 25-13 on 10 kills.

UCSB’s middle blockers had another excellent match as redshirt senior Jake Staahl hit .867 with six kills on seven swings. Delson had a bounce back match with a .364 hitting percentage and redshirt senior outside hitter Kevin Donohue added five kills.

The Gauchos hope to keep their momentum going forward when they take on UCSD on Friday at 7 p.m. in La Jolla.