The Daily Nexus
Opinion
Infectious Interest
February 23, 2015 at 5:46 am by Elena Salcido 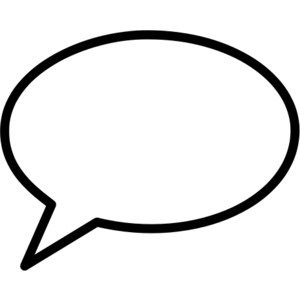 He was so excited; the sort of unbridled enthusiasm that makes you really aware that emotional contagion is an actual phenomenon. I was listening to what he said, senses sharp, honing in like everything else besides the professor and the story was in Gaussian blur. And that was amazing. It’s not the teaching (though kudos on that front) but the way his whole being lit up when he started talking about something he liked.

Yet his story about an issue of an Avengers comic — despite being an interesting and certainly memorable tie-in to the material — was rife with a sense of awkward tension, as if he was ashamed or nervous about what we’d think of him because of it. Why does reading comic books have to be a “guilty pleasure” and not just something that you like? Why does a respected and charismatic individual feel the need to preface his application of ethics with a disclaimer of “nerdiness?”

The answer is probably because the stigma is still strong. The stereotypes are so ingrained, and sometimes it can be hard to be honest about how passionate you are about playing video games, for example, when you’re told that all first-person RPG gamers are acne-ridden recluses. Even though we know that audiences and users of most media are actually remarkably varied, we still don’t want to be associated with “them” or be “that guy.” (Which, by the way, if you self-identify as an acne-ridden recluse: screw those guys who are using your description as a bad thing and you do you.)

Even then, how do you act when you do expose your interest in something? You might be allowed to like it, but certainly not be passionate about it because that sounds too obsessive, and you always hear disparaging comments about people who take their interest in television, video games, comic books, etc. a little too seriously. Though it seems a bit hypocritical in how it’s applied. One man’s weekend session of playing MMORPGs with friends is another man’s Friday Night Football party — and yet one is generally looked on by society with demeaning monikers and not the other, despite the fact that both are remarkably fanatical and probably have equal amounts of outraged yelling.

You might be allowed to like it, but certainly not be passionate about it because that sounds too obsessive, and you always hear disparaging comments about people who take their interest in television, video games, comic books, etc. a little too seriously.

The criticism that enthusiasm can be taken to an extreme is fair and there probably is a line where the interest goes too far, though you can say that about anything, like a mom’s perennial maxim: “too much of anything isn’t good for you.” I suppose if I was psychologically unable to differentiate and extricate my own personality from that of a character and start to refer to myself as Elena Stormborn of House Targaryen, the Unburnt, Mother of Dragons, Khaleesi to Drogo’s riders and Queen of the Seven Kingdoms of Westeros, then there is a legitimate problem on my hands.

Otherwise, why should anyone judge another person’s entertainment choices?

Your mug that has the “Friends” Central Perk logo on it serves the same purpose as my mug that has the Imperial Dragon and says “I Hate Morndas.” His representation of his love of football through wearing his team’s logo is not fundamentally different than her backpack made of fabric printed with X-Men comics. Her concert t-shirt is more or less the same as his t-shirt featuring the cover art of his favorite novel. It’s all an expression of our interests. Just because they are different doesn’t mean one is inherently better.

This is all to say that I get where you’re coming from if you feel like you can’t really express how much you like things without fear of getting mocked for it, or even worse, that patronizing side-eye and exaggerated sigh of “well, to each his own” (since that phrase, let’s be real, is almost always paired with judgmental attitudes). I’ve seen the exasperated expressions of “oh god, she’s talking about that thing I don’t care about, again, for the millionth time,” and just stopped talking about it, or abandoned it altogether. I have looked back on things I used to like with fabricated shame and called them “phases” because I’ve internalized what other people have said about it and started to think that way myself.

I guess all I can say then is indulge in your entertainment choices; go on and like what you like, and let others do the same. It’s not hard to keep an open mind once you realize that you don’t have to like the same things as other people in order to appreciate how happy it makes them.

Elena Salcido knows you’re all open-minded people and that this is all a fus-ro-DUH.