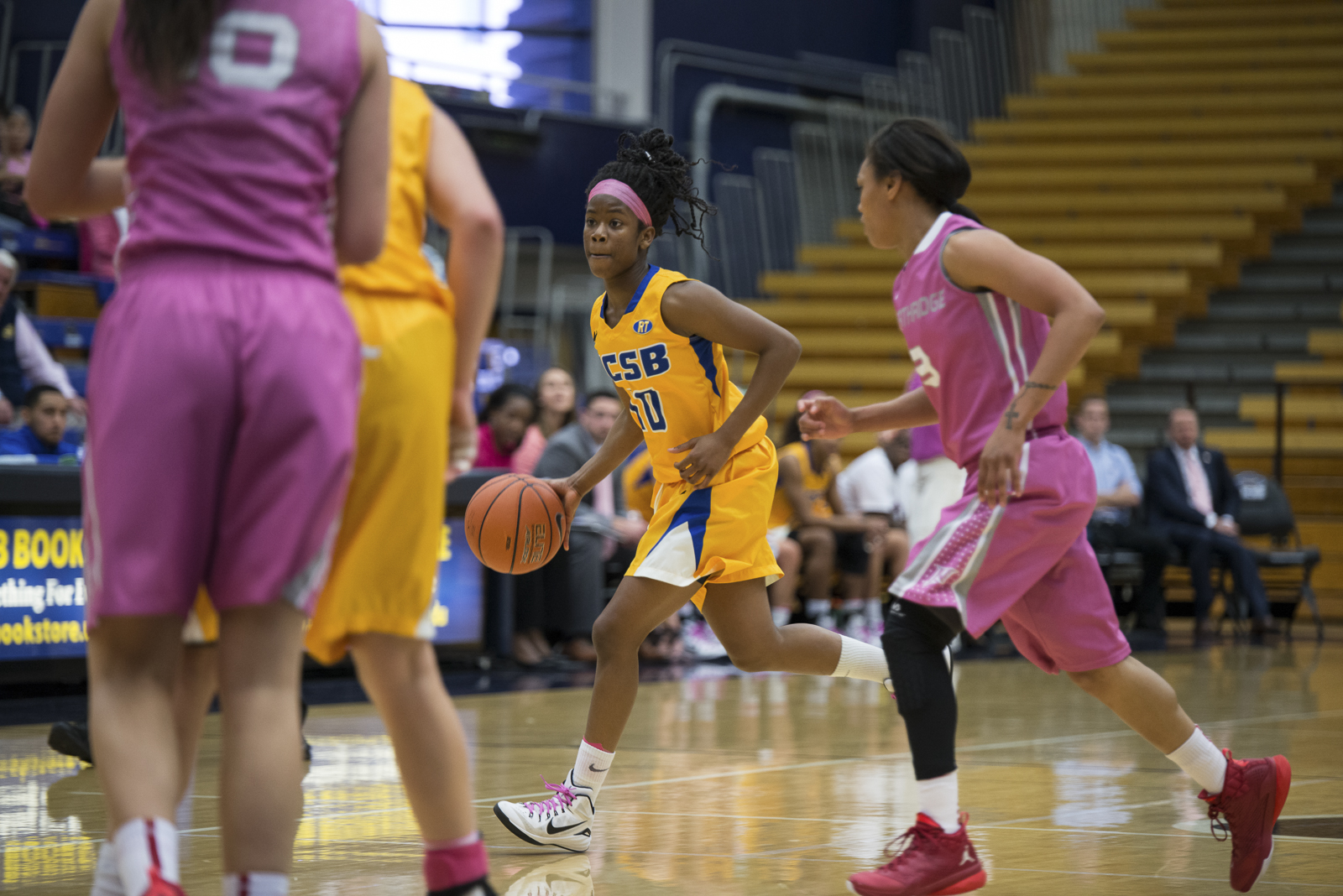 With just six games remaining, the UCSB women’s basketball team is running out of chances to pick up its first win of the season. The Gauchos will have two opportunities at home this week, the first coming against UC Riverside tonight and next against Cal State Fullerton on Saturday.

A miserable season for Santa Barbara has given the team little to be happy about on the court, where it is 0-23 overall and 0-10 in the conference. Riverside enters at 15-10 overall and 6-5 in the Big West, while Fullerton comes in at 9-14 overall and 3-7 Big West.

While a big theme this season has been the Gauchos’ lack of any offensive firepower, their inefficiency reached a new low in their last game against Cal State Northridge in which they scored just 21 points on 20.5 percent shooting. Thankfully for UCSB, it will be playing a Riverside team which gave up a season-high 74 points to the Gauchos when the two teams played almost one month ago.

Sophomore point guard Onome Jemerigbe continues to be the star for UCSB’s offense, averaging team-highs of 8.4 points and 3.7 assists per game. Freshman guard Makala Roper should be a focal point as well. In the team’s last game against UCR, the freshman scored 23 points, including 5-8 from three-point range, giving her the highest point total of any Gaucho this season.

“[Last time] we got out in transition a lot,” Lopez said. “Our offense was able to get open looks for [Roper] which was a big reason why we were able to get so many points.”

No matter how confident UCSB may be in its ability to score against Riverside, it will have a tough time stopping the Big West’s number one offense. Led by junior guard Brittany Crain and her conference-leading 23.5 points per game, the Highlanders lead the Big West at 71.2 points per game. Crain was also given national recognition two weeks ago when she was named to the Lieberman Award Watch List.

Against Fullerton, the Gauchos will be playing another team that they can matchup with confidently, as they were defeated by just four points the last time the two teams played.

Two days after dealing with the conference’s leading scorer, UCSB will be up against a similar offensive beast in senior guard Chante Miles. The senior averages 20.2 points an outing, placing her behind only Crain.

“We need to execute when it comes to a crucial point,” Lopez said. “As long as we can get the boards, get some stops on the defensive side and execute the plays, that’ll help us get over the edge.”

While there are a number of ways to look at how poorly this season has gone for the Gauchos, including that they lost their top three scorers from the previous year, one fact stands out above all others: if they are unable to come away with a win this weekend, it will have been more than a full calendar year since their last NCAA victory. Coincidentally, this came in a 64-54 victory over the same Fullerton team they face on Saturday. The ball hasn’t fallen their way through 23 games, but this weekend’s games could be their best chance left to pick up a win this season.

Thursday’s game with UCR will begin at 7:00 p.m. and Saturday’s contest with Fullerton is set for a 2:00 p.m. tipoff with both games being played at the Thunderdome.

A version of this article appeared on page 12 of February 19, 2015’s print edition of the Daily Nexus.

Michael Jorgenson is the sports editor for the Daily Nexus.