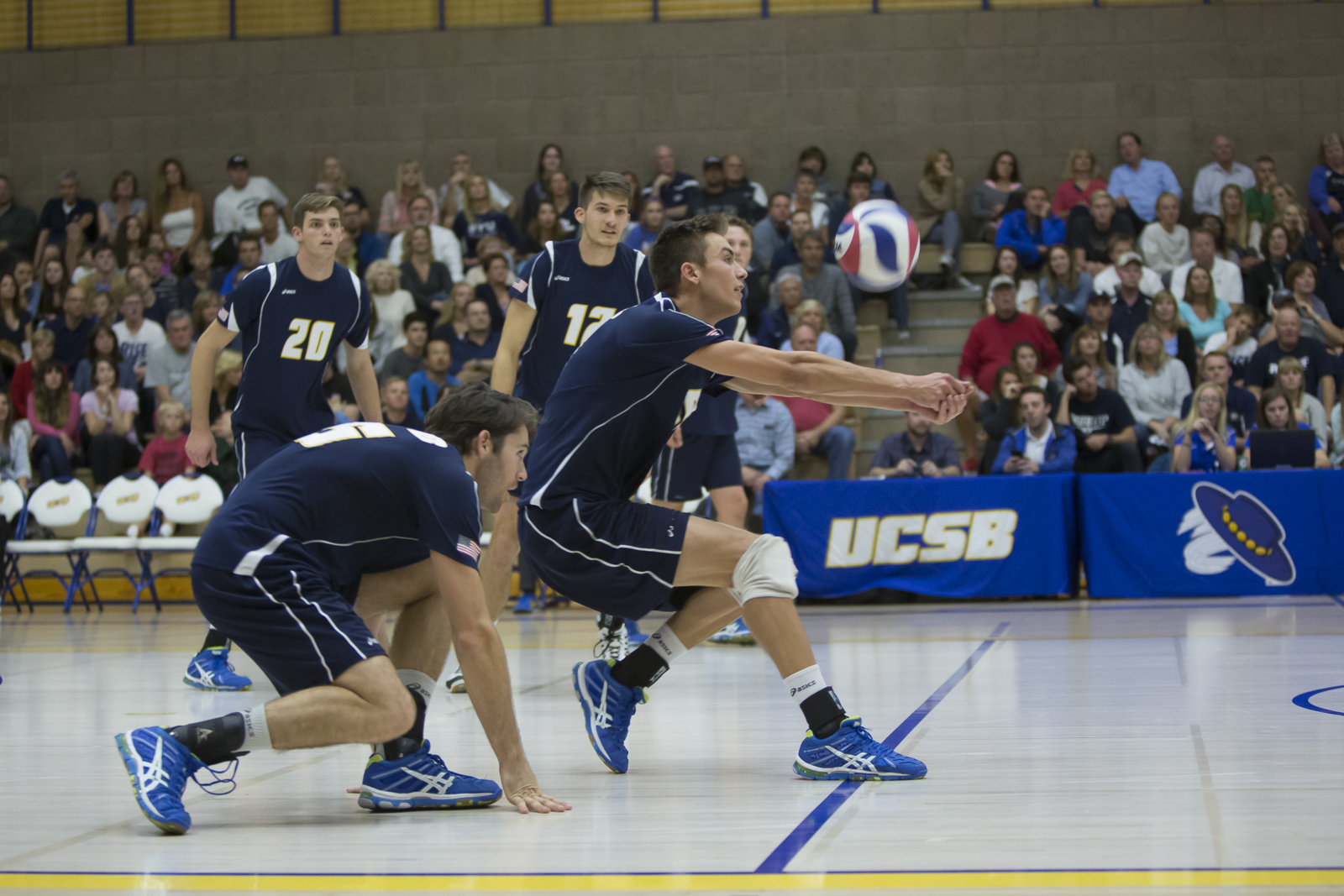 This is the third straight victory for the Gauchos and it brings their record to 9-5, 5-5 in MPSF as they handed USC (9-3, 8-3) its third loss of the season and its first without winning a game.

“[Head Coach Rick McClaughlin] told us before the start of the match that we are one of the best passing teams in the league and if we showed that against USC then we would be able to come out on top,” redshirt senior outside hitter Kevin Donohue said. “They are a team that thrives from the service line, and we knew if we would be able to pass well and stop that then it would translate to sideouts for us and it did tonight.”

USC played a sloppy game the entire night as the team hit only .070 in the match with 14 service errors. The Trojans did not look like the second-best team in the nation to begin the match and UCSB jumped ahead early, taking a 5-5 game to 11-5 on a run of serves from redshirt senior outside hitter Weston Nielsen, on its way to a commanding 25-19 first-game victory.

The Gauchos kept pushing in the second game and dominated the middle of the set, going from up 10-8 to up 18-10 on strong serves by junior setter Jonah Seif. Nielsen paced the team with five kills in the game as the Gauchos held on to win 25-17.

The Gauchos came into the third game hungry for the sweep as USC knew it had to change something otherwise it would be going home very unhappy. After trading leads throughout the game, USC took the lead 18-15 on a blistering ace by senior setter Micah Christenson leading to a UCSB timeout.

Christenson missed his serve coming out of the timeout and it looked as if the Gauchos might be able to come back and take the set and the three-game victory, but it wasn’t going to be easy. Down 22-19, the Gauchos stormed back and tied the match at 22-22 on a kill by Nielsen from the back row. After an attacking error by USC’s redshirt sophomore outside hitter Christopher Orenic, Seif put up a huge block against Orenic to give the Gauchos match point. Nielson served the ball and after a short rally, Seif and redshirt junior middle blocker Ryan Hardy combined to block Orenic again and sent the gym into delirium as the Gauchos had upset the Trojans in three straight games.

“That run that Weston had at the end, we wouldn’t have been able to do that earlier in the season,” Seif said. “We’ve been practicing a lot harder and we are much more mentally focused now from before.”

After the huge victory, the Gauchos are now preparing for their upcoming match against Cal Baptist, a team with a 3-12 record, 1-11 in MPSF. UCSB takes on the Lancers on Friday night at Rob Gym at 7 p.m.

A version of this article appeared on page 11 of February 19, 2015’s print edition of the Daily Nexus.