The Daily Nexus
Tennis
Men’s Tennis Travels North Looking For Pair of Wins
February 19, 2015 at 5:01 am by Daniel Moebus-Bowles 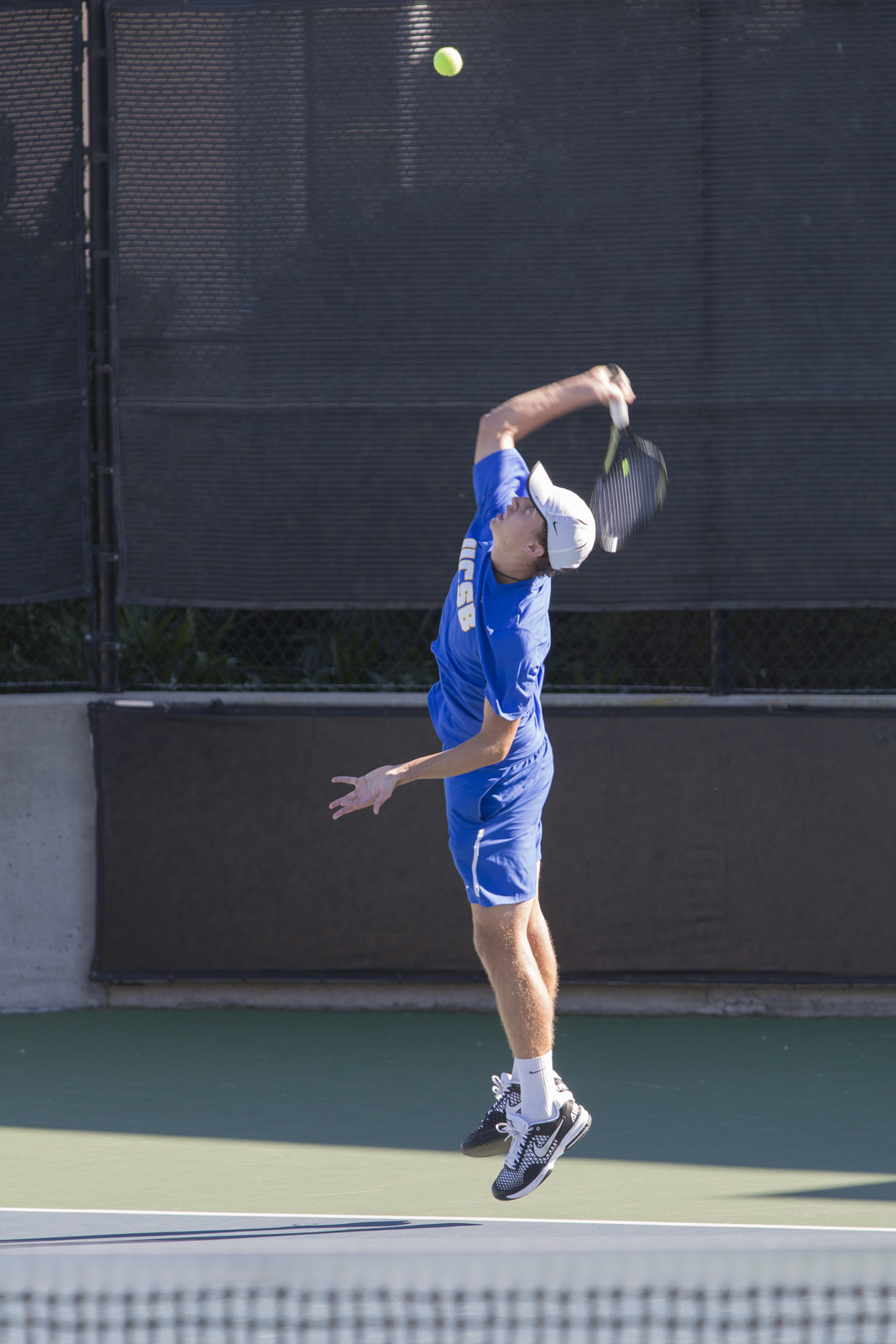 This coming weekend, the UCSB men’s tennis team will embark on its third road trip of the year to take on the University of San Francisco and No. 14 UC Berkeley.

Coming into these events, the Gauchos hold a record of 3-4 overall, while the Dons stand at 1-3 and the Golden Bears at 7-2.

“We would love to get a big win at USF first,” Head Coach Marty Davis explained. “That will give us the momentum we need heading into the match with Cal.”

The Gauchos have struggled on the road thus far this season, and they hold a record of 0-4, but they have shown vast improvements from the first trip. On their first trip, strong competition from No. 18 Texas Christian University and Loyola Marymount University pushed Santa Barbara to open up the season with one-sided, identical losses of 6-1, giving them a total of just two sets won on the weekend.

The team showed resilience in their second attempt on the road with matches against ranked opponent University of San Diego and conference rival UC Irvine. The Gauchos took two losses once again but fought hard in both trials, falling by just one set, 4-3, in both matches. Along with this improvement, the team also captured its first doubles victory of the season to spark some confidence in that field for matches to come.

Despite the sub-.500 record from USF, it will not be a team to walk over when the Gauchos travel north on Saturday. The team has had success much like UCSB has in that their only win on the season came at home and they haven’t been beaten there. The Dons will be looking to end a three-match skid and keep their undefeated home standing while forcing the Gauchos to remain without road success.

Following USF, the Gauchos will take on a dominant opponent in the ranked Cal Golden Bears who have lost just one of their six home matches this year. Even more impressive, in their seven total victories this year, the team has only allowed its opponents to score as much as two match points, while shutting out most of them. The team’s two losses came from schools that were ranked No. 5 and No. 15 at the time of competition in the ITA National Men’s Indoor Championships.

To earn their first victory on the road, the Gauchos will need to set the tone early by grabbing the doubles point to give them an advantage and confidence heading into singles play, where they have thrived all year. The lower court players have put points on the board consistently since the season’s start and the top players have battled with their opponent’s best competition.

“Playing on the road is never easy,” junior player Nathan Eshmade explained. “It’s a matter of preparation and grinding it out that will bring us success when we aren’t on our home courts.”

The matches with USF and UC Berkeley are set to start this Saturday and Sunday at 1 p.m.