The Daily Nexus
Tennis
Gauchos Hope to Bounce Back with Three Home Matches
February 19, 2015 at 4:55 am by Evander Hilton 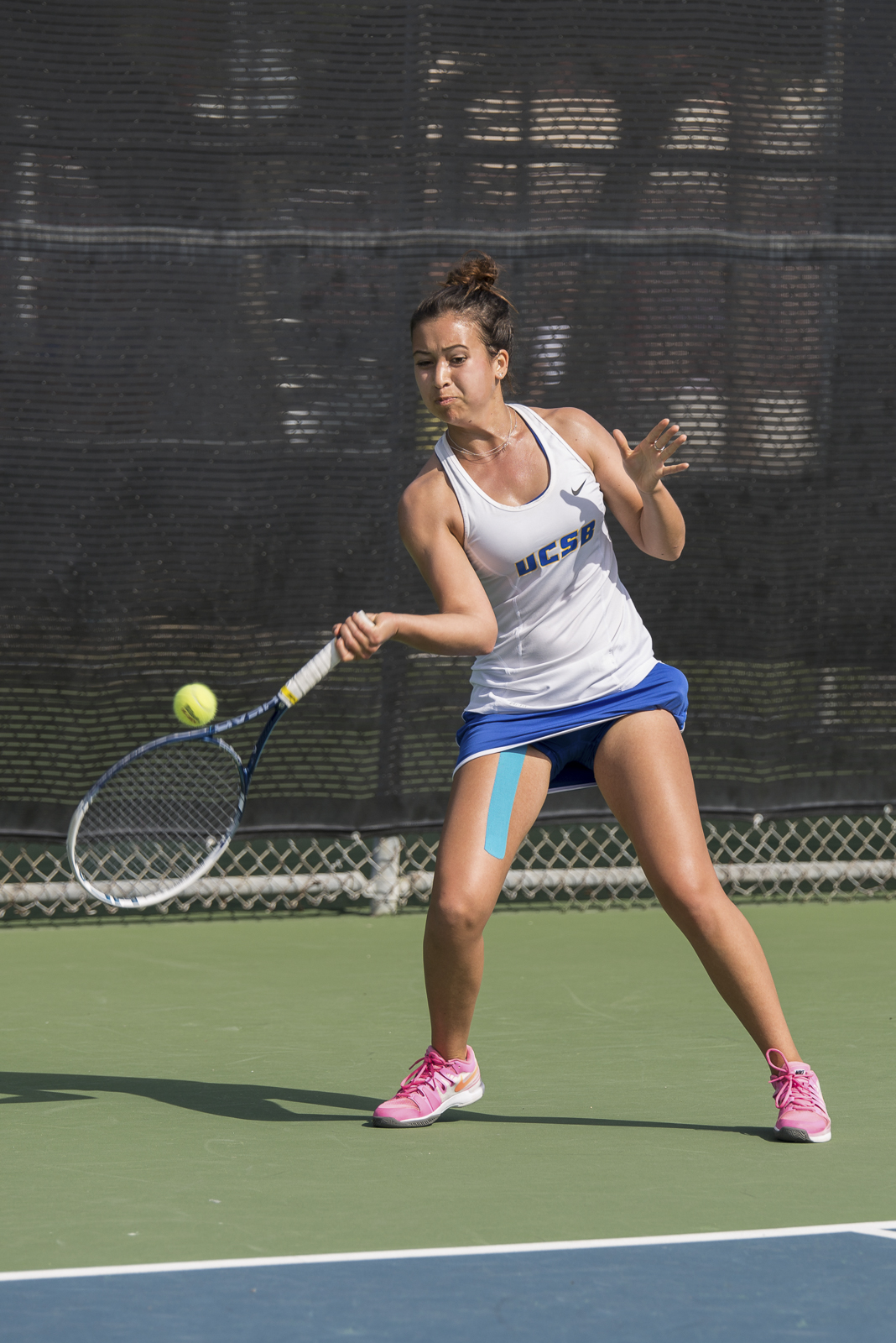 Coming off a 6-1 loss to San Jose State last Saturday, the UCSB women’s tennis team will look to get back on track with three home matches this weekend. The Gauchos will be hosting Oregon on Friday, Loyola Marymount on Saturday and will finish off with a match versus Santa Clara University on Sunday.

With a 3-3 overall record through the first month of play, this will be a good opportunity for the Gauchos to collect some wins before a long four-match road trip. The Ducks come to town with the best record of any opponent UCSB will face this weekend at 3-2. LMU has gotten off to a rough start at 2-4 while Santa Clara enters at 2-2 and riding a two-game losing streak.

The University of Oregon began its season with a strong 6-1 win over conference rivals UNLV, who the Gauchos also beat in a home match in January that ended in an identical score of 6-1. The Ducks are coming off of two straight home wins where they beat the University of Montana 5-2 and the University of Iowa 4-3.

“Although each player went into their singles matches strong, the team chemistry and our usual fighting spirits were not demonstrated throughout the match,” sophomore player Jaimee Gilbertson said. “We are all determined to come fighting back [this] weekend as we have three tough home matches.”

Finding some team spirit will be an important task this week, as the Gauchos gear up to face the Ducks. A win on Friday will be important for the Gauchos, setting them up for a strong outing the next two days at home.

“We’re having a good week of practice with the focus on three good matches this weekend,” Assistant Coach Erica Cano said. “The goal is to go out playing our game with a feisty attitude.”

UCSB will play Oregon and LMU on Friday and Saturday, respectively, at 1 p.m. at the Rob Gym courts. The Gauchos will close out their weekend with another home match against Santa Clara at 11 a.m. on Sunday.