The Daily Nexus
Sports
Big Al Returns in Rematch Versus UC Riverside
February 19, 2015 at 5:10 am by Mark Salay 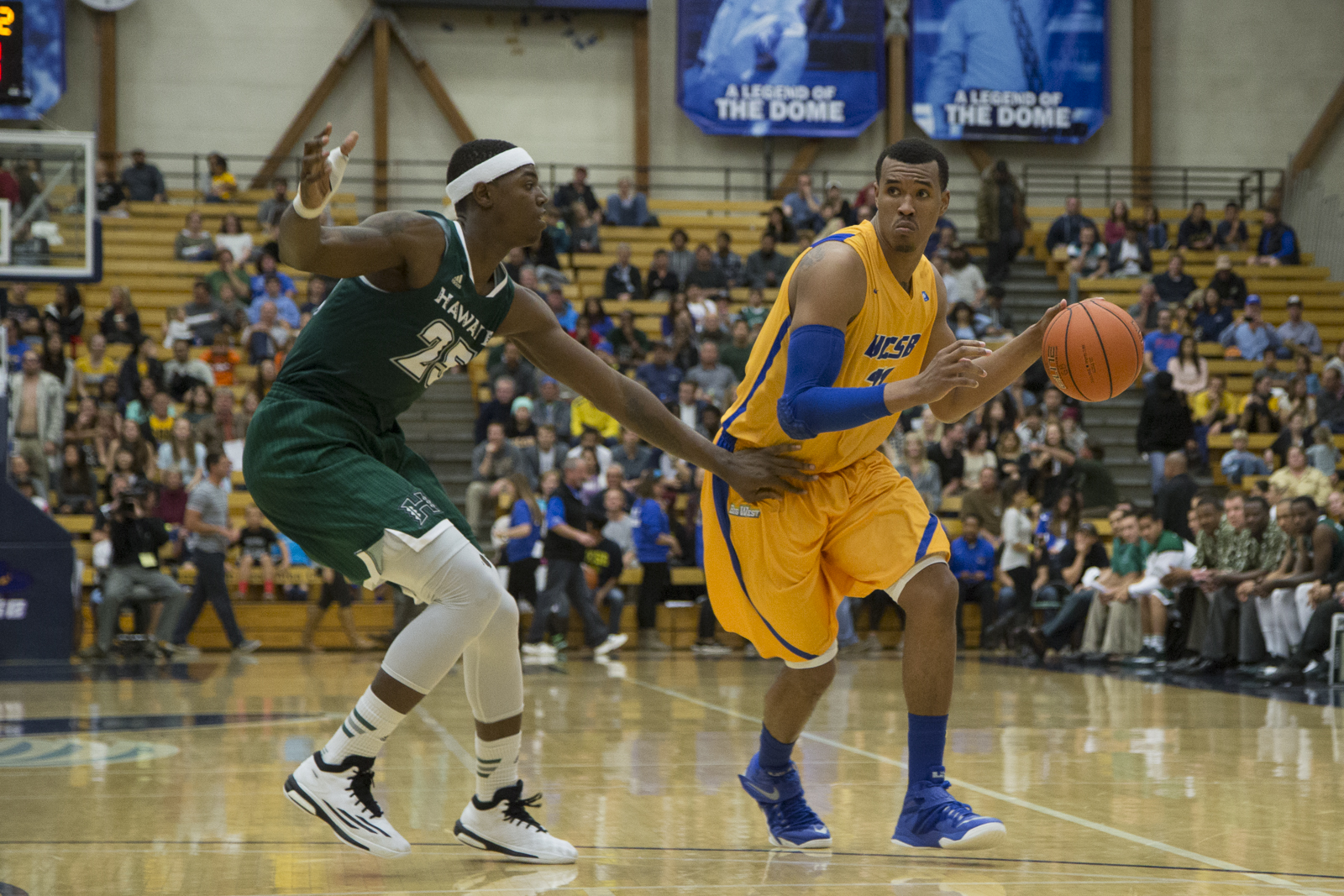 Most teams cannot go without its best player and still be in position to make a serious run at a conference title. Consider the UCSB men’s basketball team an exception.

With senior center and leading scorer Alan Williams returning tonight for the Gauchos after missing seven games due to a shoulder injury, the focus is not so much on Big Al, but rather on how well the team has played in his absence.

“I like how we’ve responded to the adversity that we had with Al being out seven games and then we had a three-game stretch where we just weren’t healthy,” Head Coach Bob Williams said. “I think we’ve stabilized and played better as of late. I think our energy is percolating, I think our confidence is bubbling up.”

Despite life without Al, Santa Barbara went 5-2 during the stretch to place them at 6-4 in Big West play and 13-11 overall. The record sits them in fourth place in league standings and within striking distance for a higher seed with only six games remaining until the Big West Tournament.

“The guys that needed to step up have stepped up, and we need to continue to play that way,” Williams said. “When I get back my goal isn’t to try take away their shine or limit them, and stop them from doing what they’ve been doing, but just to help improve the team as best as I can.”

Williams’ return to the starting lineup forces junior forward Sam Beeler back to the bench, with the rest of starters from previous games remaining intact. Before Big Al was forced to sit out, he ranked as one of the best rebounders in the nation with 11.6 per game and was one of the top scorers in the conference at 17.1 points per game.

The hole left by Big Al gave way for junior guard Michael Bryson to increase his production on offense. He led the team in points five times while Big Al nursed his injury and is coming off a season-high 26-point performance in last Saturday’s game versus Cal State Northridge. Back-to-back 20-plus-point games earned Bryson the Big West Player of the Week honor.

“Al left such a void with the team that Michael had to step up and assume a much larger role,” Coach Williams said. “We want to keep him with that aggression level and that assertiveness for us going forward. We feel it’s pivotal for us to be really successful.”

Freshman guard Gabe Vincent will continue his role coming off the bench. In fact, in Vincent’s last three games, he has been a spark plug on offense and has seen him averaging double-figures.

The Gauchos’ last matchup with the Highlanders featured great shooting from both teams in the first half, but it was Santa Barbara during the latter part of the game that prevailed. With Big Al not in the lineup, junior guard John Green led the team in points with 21, however, junior forward Mitch Brewe stepped in to deliver a season-best 18 points and added seven rebounds. Bryson chipped in 16 points on 7-12 shooting.

Riverside (12-13 overall) is led by one of the league’s best rebounders in junior forward Taylor Johns. UCSB will need to zone in on Johns, who, this year, is averaging 8.2 rebounds and 16.5 points, ranked second and third in league, respectively.

The Highlanders are coming off a win against one of the best teams in the Big West in UC Irvine, a game where UCR clearly overmatched the Anteaters. On the year, the Highlanders are 10-2 at home and will attempt to use their physicality to defeat Santa Barbara.

“We put in a couple new things, but, for the most part, they pretty much know our plays,” sophomore guard Eric Childress said. “We’re trying to stop them from counteracting what we do. We just have to go in and execute our game plan.”

Tonight’s matchup against UCR is only the first of the week. The Gauchos also face Cal State Fullerton Saturday and that game will be televised on ESPN3.

Tip-off for tonight’s game is set for 7 p.m.

A version of this article appeared on page 11 of February 19, 2015’s print edition of the Daily Nexus.